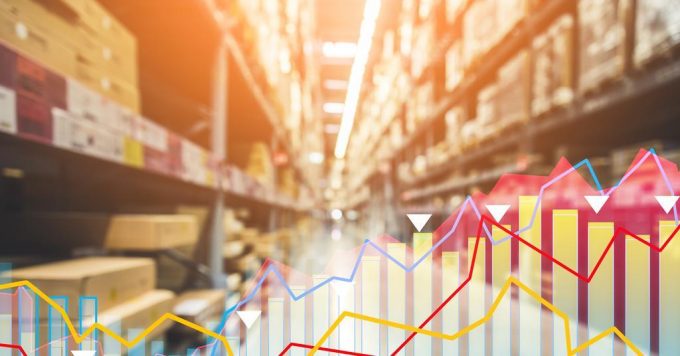 August has traditionally been a quiet month for property investment deals, as fund managers recharge their batteries ahead of a customary bumper final quarter of the year. Not this year, seemingly, with several high-profile deals going through in the last couple of weeks.

For instance, LondonMetric sold a ‘big box’ warehouse for £102m earlier this week while LXi REIT, fresh from its £100m equity raise in July, splashed out £80m on three assets. The deals reflect a couple of trends that are developing in the property sector and are worth keeping an eye on.

The most interesting is LondonMetric’s disposal. The group sold a Primark-let 785,000 sq ft distribution warehouse in Northamptonshire at a 4.1% net initial yield. The group has done extremely well out of the asset, which it bought in 2013 for £60.5m at a net initial yield of 6.4%, delivering a total return of £76m (rental income and sales profit) or 123% in the eight years.

One may reasonably wonder why LondonMetric would decide to sell when the logistics market is only going up (despite the keen yield paid, demand for space is set to far outweigh supply for an extended period that rents are forecast to rise further resulting in further yield compression). The sale is part of the group’s renewed investment strategy to go big in the urban logistics sub-sector.

Chief executive Andrew Jones was quick to stress to us in a keynote speech at our Property Webinar series in July (click here to view the playback) that the shift in focus, which has seen ‘big box’ assets fall to a 10% weighting in its portfolio, was not because he is calling the top of the market in mega warehouses but that he sees larger future returns coming from urban logistics.

We can see the logic, and when you factor in investor demand for logistics (the deal was struck after a competitive bidding process that pushed the price 8% above its March 2021 book value), the group’s relatively high exposure to Primark (was 8% and is now 5%), and the uncertain future for the high street (Primark is a very well-run retailer but has no online presence) then the disposal makes more sense.

We recently published an initiation note on Urban Logistics REIT – the only listed property company solely invested in urban logistics assets – that explores the underlying structural tailwinds behind the sub-sector that are forecast to bring record rental growth over the next few years.

The growth in online shopping both before and during the pandemic is well known, but the impact on online retailers and parcel carriers has been vast. They are falling over themselves for space close to major towns and cities in the UK to fulfil orders.

After a record breaking 2020, in which 50.1m sq ft of warehouse space was let (12.7m sq ft ahead of the previous record set in 2016), the first half of 2021 has continued in the same vein. At the halfway point of 2021, 24.41m sq ft of warehouse space has been transacted, according to Savills, setting a new half-year take-up record, 82% above the long-term half-year average.

Chuck in the fact that supply of urban logistics facilities is the most constrained of the logistics market (with most new developments being ‘box boxes’ and the rising cost of land and construction putting developers off) then sustained rental growth should follow.

LondonMetric are best known for their transition out of retail and into logistics in 2013. This latest pivot, if not as drastic, could be just as shrewd. Urban Logistics REIT, meanwhile, has been in on the sub-sector from day one and is reaping the benefits.

Urban Logistics REIT gets to work after capital raise

Urban Logistics REIT has deployed £88m of the £109m it raised in July in six off-market transactions. The blended net initial yield (NIY) was 5.4% and is made […]

LondonMetric Property has acquired three urban logistics warehouses for £35.4m in separate transactions, reflecting a blended net initial yield (NIY) of 4.4% and a reversionary yield of 4.9%. […]

Urban Logistics REIT has raised £108.3m in an equity raise. The group said the placing was materially oversubscribed above the £108m target and a scaling back exercise was […]

QD view – not all industrial is equal

The industrial and logistics sector has been the standout property performing for some time now and particularly during the pandemic, where accelerated online retailing trends and new supply-chain […]