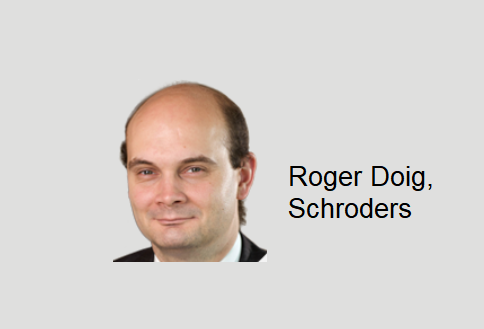 Schroder UK Public Private saw its NAV rise by 16.1% to 40.65p over the six months ended 30 June. As we reported last week, the upcoming IPO of Oxford Nanopore could see this rise further. In the private equity portfolio two new investments were made into Tessian and Revolut. The portfolio had 34 holdings, 25 of which were unquoted and 9 of which were quoted at 30 June.

The public equity portfolio will now be managed by Roger Doig supported by Jack Dempsey. Roger takes over from Ben Wicks. Ben will shortly take a leave of absence from Schroders for a period of paternity leave and, on his return, will focus on his roles as head of research innovation and co-leadership of Schroders’ Data Insights Unit.

Roger has been a senior analyst in Schroders’ pan-European equity research team since 2014, prior to which he was a member of Schroders’ European credit research team. He has been working closely with Ben and the wider Schroders equity investment team since soon after Schroders took over the management of the company, researching and developing a pipeline of potential investment opportunities.

Roger will be supported by Jack Dempsey. Jack’s investment experience began when he joined Schroders in 2016. He has strong experience in the UK markets having worked on a number of strategies focused on UK & European companies in the past, with a particular focus on small and mid-cap names and is currently the lead portfolio manager of the Schroder ISF Italian Equity fund. Jack has been working with the wider SUPP team since June 2021.

In QuotedData’s morning briefing 2 December 2021: ICG Enterprise Trust (ICGT) is investing in European Camping Group alongside funds advised by PAI Partners. The investment is being led by […]

The City of London Investment Trust has published results covering the year ended 30 June 2021. It just failed to match its benchmark over the period – returning 20.0% in NAV terms and 21.3% in share price terms against 21.5% for the All-Share Index. It also underperformed its peer group – the AIC UK Equity […]

As we discussed in Friday’s news show, it has been a good week for private equity investors. Hg Capital said it had sold its investment in supply chain management software company Achilles at a 20% premium to its last valuation, adding 0.9% to NAV. Apax Global Alpha announced an 89% uplift in the value of […]

BMO UK High Income’s (BHI’s) year-end results to 31 March 2021 saw it register a total NAV return of 37.4%, which was well-ahead of its benchmark (26.7% from the FTSE all-share index). BHI’s ordinary shares delivered a total return of 40.8%.  Philip Webster, BHI’s manager, had this to say: “There were several legs to the outperformance; cutting some of […]

Schroder UK Public Private (SUPP) released its annual results to 31 December 2020, with its NAV dropping by 29.2%. The shares were down 19.2%. In her last statement as chair of SUPP, the retiring Susan Searle noted: “The valuation at 31 December 2020 is clearly disappointing. During the year, the company’s quoted holdings saw a decline in […]

Schroder UK Public Private Trust (SUPP – formerly Woodford Patient Capital Trust) has announced its annual results for the year ended 31 December 2019. It was a year of major change for the trust and one that its chairman, Susan Searle, describes as disappointing – its net asset value fell 49.3%, from 97.61p to 49.46p, […]

In QuotedData’s morning briefing 12 January 2022: ICG Longbow Senior Secured UK Property Debt Investments (LBOW) has received repayment in full of the £16.2m GMG loan, following a sale of the underlying property. The repayment is accompanied by interest and exit fees of approximately £800,000 in aggregate. The board is consequently pleased to announce that […]

In QuotedData’s morning briefing 22 December 2021: Syncona (SYNC) has reached an agreement to sell its portfolio company Gyroscope Therapeutics Holdings to Novartis, a leading global medicines company, for up to $1.5bn on a cash and debt free basis, with an upfront payment of $800m and up to $700m (£528 million) potentially due upon the […]

Seraphim Space backs ICEYE – Seraphim Space (SSIT) has made a new $25m investment into ICEYE Oy, the global leader in synthetic aperture radar satellite imaging technology. SSIT first invested in ICEYE in 2017, prior to it launching its first satellite, and has participated in every subsequent ICEYE funding round. ICEYE has since deployed the […]