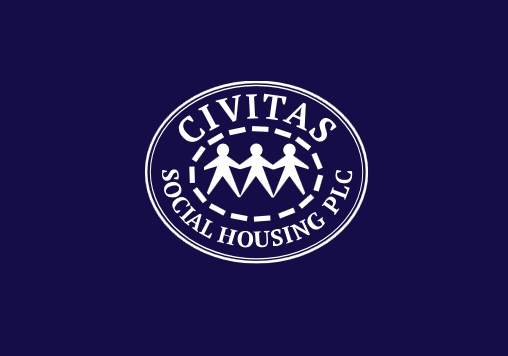 Civitas Social Housing (CSH) has published a full response to short-seller criticisms that has led to a 25% fall in the group’s share price.

ShadowFall, an investor that sells stock in companies it doesn’t own and then publishes negative research on them with the aim of buying back the shares at a cheaper price, published an open letter to the board of Civitas with several concerns.

The main point was around transparency of transactions, and centred on deals made since 2018 in which Civitas bought care home operators, kept the property assets and sold the operating businesses to a care provider, Specialist Healthcare Operations Limited, in which Civitas Investment Management (CSH’s investment adviser) directors Tom Pridmore and Andrew Dawber each have a 10% interest.

Deals of this nature are not uncommon in the real estate sector and are known as opco-propco splits, whereby the operating company sells its properties and leases them back from the new owner.

On the nature of the deals, CSH has said:

“CSH was finding that some care providers did not wish to sell properties without a simultaneous sale of the operating business, since they had often initiated, grown and developed the operating business over many years and either now wished to retire or were owned by institutional vendors looking for an exit. Under the investment restrictions in its policy and in order to qualify as a REIT, CSH may only acquire real estate investment assets and its portfolio may not include trading businesses. With the increase in competition for assets and in order for CSH to maintain access to high-quality transactions, CSH sought to reach agreement with third-party care providers which were willing to bid, acquire and pay for these operating care businesses, with a view to acquiring them and continuing to operate them, whilst CSH simultaneously acquired the properties previously owned by the business, and in each case also offering the APs with whom CSH works the benefit of up to 25 year back to back leases.

“Whilst the concept of such “OpCo/PropCo” transactions, where operating activities are separated from the underlying real estate assets, are common in the property industry, as far as CSH was aware this was an innovation in the specialist care sector. Both the board and CIM considered there was a competitive first mover advantage to such arrangements, which would enable CSH to participate in acquisition processes for highquality properties from their owners.

“Finding a third-party care provider willing to commit to the terms required by CSH to make potential joint transactions competitive to vendors proved to be difficult, with resistance to pricing of the operating care businesses and to providing up to 25-year effective rent guarantees. As a result, discussions moved to the potential to create a new care provider backed by leading industry professionals, which would be willing to work alongside CSH on a non-exclusive basis and acquire the care operating businesses and so enabling CSH to acquire the respective real estate assets. The search for suitable investors and professionals was led by Tom Pridmore and Andrew Dawber utilising their sector contacts and investor relationships. Specialist Healthcare Operations Limited was established as a new business in 2018 as a result of these efforts and Paul Hainsworth, a
senior executive from Lifeways (one of the UK’s leading specialist care providers) was hired as CEO and was later joined by Paul Marriner (formerly CEO of Lifeways for 11 years) as Chairman.

“As originators of this business and to provide alignment with the incoming management team, Andrew and Tom each became 14.99% shareholders in Specialist Healthcare Operations Limited, which translates into a 10% economic interest each as a result of the preferential rights and shareholdings of the other SHO shareholders. Andrew and Tom are not and have never been directors of any SHO entity, have no involvement in the running of the business and have received no remuneration or any other form of income from any SHO entity. No other director, officer or employee of CSH or CIM, nor any other investor in CIM has any interest or holds any directorships in any SHO entity or received any benefit from any SHO entity.

“For the avoidance of doubt, Tom and Andrew have no economic interest in any of the properties that have been acquired by CSH (other than through CSH’s advisory contract with CIM and, in relation to the two acquisitions from SHO, their indirect interest in SHO). Also, neither CSH nor CIM itself have any economic or other interest in any operational care business that provides care to tenants within its portfolio. For completeness, in respect of the CPI Care transaction noted below under “Purchases from SHO – New Build Properties” Paul Bridge, a director of CIM and Subbash Thammanna, a former employee of CIM were appointed directors of CPI Care Limited on 23 April 2021 and resigned on the same day as part of the acquisition process. They received no financial benefit.”

ShadowFall said these deals should have been disclosed to shareholders. In response, CSH has said:

“The deals were approved internally by the CIM Buy-Side Committee (comprising CIM’s independent non-executive directors, Nicholas Abbey, Chukwude Chidi-Ofong and Philip Ellis, and chaired by Paul Bridge) prior to being submitted to the Board and the AIFM for their independent approvals. In each case, the AIFM and the Board review the investment proposal and associated due diligence documents prepared by CIM, and consider the relevant valuation, pricing and other risk issues on a case-by-case basis, prior to each of them separately approving the transaction. As part of their consideration of such transactions, the Board and the AIFM consider whether terms of the acquisition of the properties have been determined to be similar to the terms on
which CSH has acquired properties previously. At all relevant meetings of the Buy-Side Committee and the Board, neither Andrew Dawber nor Tom Pridmore were in attendance while the relevant transaction was being discussed and approved.

“In June 2018, prior to any transactions involving SHO, CSH sought advice from its sponsor and professional advisers about the related party transaction rules under the Listing Rules and submissions were made to the FCA. In accordance with the advice received and the final ownership structure of SHO, the Board concluded that these “Affiliated Party Transactions” were not related party transactions for the purposes of the Listing Rules as Andrew Dawber’s and Tom Pridmore’s aggregate shareholding was below 30% and they would not receive any additional economic benefits. Nevertheless, as part of considerations around managing these conflicts of interest, the Board, the AIFM and CIM considered and took advice as to whether to disclose such affiliated party relationships as part of the conflict management procedures being put in place. Each of them is satisfied that the procedures put in place have been sufficient to manage these conflicts of interest and that further disclosure at the time would not have been in the best interests of CSH shareholders given the competition CSH faces for suitable acquisition targets and given the perceived value to CSH of the “first mover advantage” mentioned above.

“However, given that any such advantage no longer exists, following the publication of this paper CSH intends to disclose any such Affiliated Party Transactions via RNS to the market at the time they are undertaken.”

CSH has also addressed other points made by ShadowFall. Read the full response on CSH’s website.

[QD view: This is a comprehensive rebuttal of the allegations made by ShadowFall, which were first trailed in the Sunday Times in early September and has led to a significant fall in the share price of CSH. It is clear that the company made all the necessary steps when coming to the decision not to disclose the transactions, importantly getting the all clear from the UK Listing Authority (UKLA). We hope that this puts the matter to bed and CSH can recover lost ground and eventually look to grow again.

The episode has led to a shrinkage of CSH, the postponement of a planned fundraise by CSH and possibly put a permanent end to the IPO ambitions of Responsible Housing REIT. ShadowFall may have made a quick buck but to the detriment of thousands of people in need of specialist supported housing.]

Civitas Social Housing has been the subject of negative press over the weekend. The Sunday Times reported that ShadowFall – an investor that sells stock in companies it […]