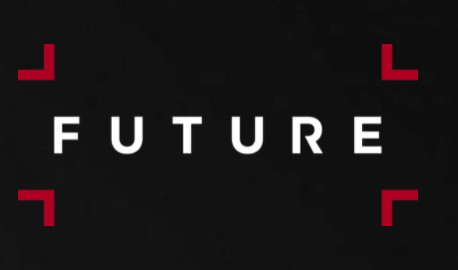 Despite a reasonable recovery, the level of dividends paid by companies in general remains considerably lower than two years ago and so JMI failed to produce enough income, after costs, to cover fully a maintained dividend. As a result it will use its revenue reserve to pay a final dividend of 5.7p, which is an increase of 3.6% on the previous year.

The Company’s financial year to July 2021 was inevitably dominated by COVID-19. Further lock-downs post the initial one in the Spring of 2020 continued to wreak havoc on the UK economy, although they were notably less damaging than the first lock-down. The arrival of vaccines in November 2020 and the UK’s subsequent success in its vaccination roll-out programme opened the path to recovery – and the stock market reacted accordingly. Further positive news on Christmas Eve was the signing of a trade deal with the EU, putting an end to five years of uncertainty. The Bank of England’s recent forecasts are for UK GDP growth of 7.25% in 2021, followed by 6% in 2022, as the economy rebounds from the 10% GDP decline in 2020.

Against this backdrop, the Company produced a very pleasing total return on net asset value of +68.1% in the financial year, compared to a return of +50.3 % for the Numis Small Cap plus AIM (ex Investment Companies) Index. The share price total return was notably higher at +79.4%, as the wide discount of the share price relative to net assets was significantly reduced, due to renewed interest in the UK equity market, and in particular to the more domestically focused smaller companies arena.

Over the last 18 months we have described in detail our investment approach during the pandemic. We sought to maintain a balance within the portfolio between more defensive investments suffering minimal or no impact from COVID-19 and lock down measures, and those companies which were heavily affected by the pandemic, but which we believed would come out the other side as stronger companies with better competitive positions. This can be neatly seen in the broad spread of holdings that contributed to the very strong returns in the year. These included Future, a media company, Reach, a news publisher, Ergomed, a global provider of services to the pharmaceutical sector and Luceco, a manufacturer of wiring accessories and LED lighting products. Additional contributors included COVID-19 exposed holdings such as OSB (buy-to-let mortgages), Jet2 (a package holiday business) and Vistry (a housebuilder). Our decision to add to a number of these companies as share prices fell was validated through the year.

On the negative side, the only two notable holdings which detracted from performance were Dunelm and Serco, despite strong operational performance, and we retain both in the portfolio. In addition, the bid for William Hill, a company we did not own, also detracted from overall performance.

The last year saw a number of bids in the smaller companies arena, and we benefitted from three – Codemasters and Sumo, both video gaming companies, and Augean, a company dealing in hazardous waste management. It was also a notable year for IPOs. A large number of new companies came to the market, and after extensive due diligence we participated in several, including Victorian Plumbing (online bathroom retailer), Bytes (value-added tech reseller), Tinybuild (video gaming) and Big Technologies (a provider of technologies for the remote personal monitoring industry). We are excited by what we believe to be high quality and high growth new companies currently coming to the market. Other new additions to the portfolio over the year included Joules (retailer), Sanderson Design (maker of fabrics and wallpapers), Rank (casino company), and Norcros and Brickability (two companies benefitting from the building/DIY renaissance). Exits from the portfolio included Spirent due to its size, D4T4 on valuation grounds, and Avon Protection and Sabre Insurance on weaker than expected operational performance.

At the start of 2021 we laid out in our Interim Report our reasons for being positive on the UK economy, and the more domestically biased smaller companies arena. To date the economic recovery has been even stronger than we expected, the vaccination roll-out has been impressive, and the British public have shown a willingness to return to a more normal way of life. Government support towards UK companies over the last 18 months has been well designed and we believe this has contributed to the pace of recovery. In addition, current unemployment levels are much lower than feared. Other positives include the strong purchasing managers’ data (a good lead indicator), rock bottom interest rates, and the growing propensity of the stalwart UK consumer to spend again. Recent Barclaycard consumer spending data indicated that non-essential spending in August recorded its fourth consecutive month of growth, and was 16% ahead of spending in August 2019. This had been part of our thesis on the roadmap to recovery. UK households significantly increased their savings last year, to the tune of over £150 billion excess savings, and this led us to tilt the portfolio to a significant overweight to the UK domestic economy and the UK consumer in particular.

As a counter to this positivity, first and foremost in all of our minds are the mutating strains of COVID-19, which have seen case numbers rise again in the UK and elsewhere in recent months. However, the link between cases and hospitalisations has decoupled significantly compared to the peak in the UK, due to the 80% of the adult population that have been double-vaccinated. Looking at the most recent statistics, some of the euphoria post lockdowns and Freedom Day has waned, and there have been a few signs of the recovery in the UK economy slowing somewhat. It is our view that this was to be expected. Global and local headwinds are evident, ranging from the current inflationary pressures, both domestically and globally, semi-conductor chip shortages, other supply chain and logistics issues, to the magnitude of the UK’s debt, and at some point the inevitable end of Central Banks’ asset purchases and the normalisation of interest rates.

While we continue to take these risks into account, our thesis of a strong UK recovery remains intact. We continue to remain very positive on the outlook for our companies and the recent results season demonstrates the on-going strength in current trading that they are enjoying. It is our view that the smaller companies area of the market remains undervalued, despite the very strong rise in the index over the last year. The index is now on a P/E ratio of 14.1 x for 2022. However, median earnings are forecast to grow 18% this year and 19% next as the recovery continues to come through – and we believe this growth is not being fully valued.

Normality beckons, and is coming closer. A stronger economic rebound than expected, a consumer willing to spend, better than expected results from a large number of our portfolio companies, (largely) repaired balance sheets, all provide a strong platform for growth and we expect this to lead to continued strong performance from our companies.

JPMorgan Smaller Companies’ board calls for more conviction from manager