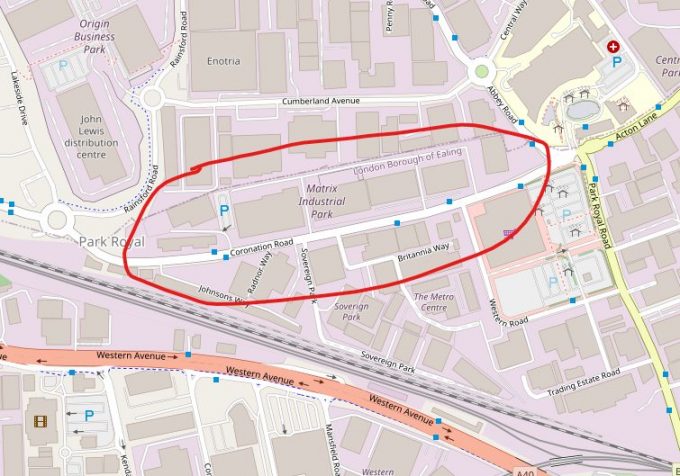 SEGRO has acquired Matrix Park, a fully let urban warehouse estate in Park Royal, West London, close to existing SEGRO assets and the A40. The estate also includes a 1.4 acre development site. Based on current passing rent and lease reviews and renewals under discussion the estate generates a passing rent of £4.1m and has an average WAULT of 5 years.

The portfolio acquired by Schroders consists of two stand-alone, fully let big box assets in Hams Hall, Birmingham and Brackmills, Northampton as well as four urban assets including multi-level warehouse X2 close to Heathrow Airport, Oakwood in Park Royal, Advent Way in North London and a cross-dock warehouse in Radlett. Based on current passing rent and lease reviews and renewals under discussion the portfolio generates a passing rent of £7.5m and has an average WAULT of 6 years.

David Proctor, managing director of group investment at SEGRO, commented: “This off-market transaction has allowed us to acquire a significant multi-let industrial estate in one of our core markets, offering strong rental growth potential as well as a medium to long term redevelopment opportunity. At the same time we have been able to divest a number of relatively small holdings, all of which were ear-marked for disposal in the near to medium term.”

QD view – Is logistics a house of cards?

Amazon’s gloomy earnings call last week has taken the wind out of the sails of some of the biggest listed property companies focused on logistics. The profit warning […]

In QuotedData’s morning briefing 8 April 2021: Schroder UK Public Private has slashed the value of its Rutherford Health investment to £34m from £81m. The statement says “The valuation […]

In QuotedData’s morning briefing 18 February 2021: SEGRO (SGRO) says its French subsidiary is making a tender offer for the 5.6% of Sofibus Patrimoine that it doesn’t already own. […]

A host of rent collection figures for the first quarter of 2021 have been announced by property companies and, once again, it is the logistics-focused companies leading the way. It […]

Industrial and logistics giant SEGRO has revealed it has collected 98% of all rent billed for 2020, reflecting the strength of the sector. Broken down into UK and […]

Greencoat Renewables announces expansion programme – Greencoat Renewables has announced a 12-month share issuance programme of up to 400m new shares. These may be issued in a number of tranches. The proceeds will be used to pursue a growing pipeline of opportunities in continental Europe and Ireland. Today, it has launched an initial placing at €1.11 […]

In QuotedData’s morning briefing 4 October 2021: Seed Innovations (SEED) has invested a further £150,000 in South West Brands, a London-based company seeking to establish itself as a multi-brand consumer goods group developed specifically for the CBD industry. The investment is by way of a second 12-month, 8% convertible loan note as part of a […]