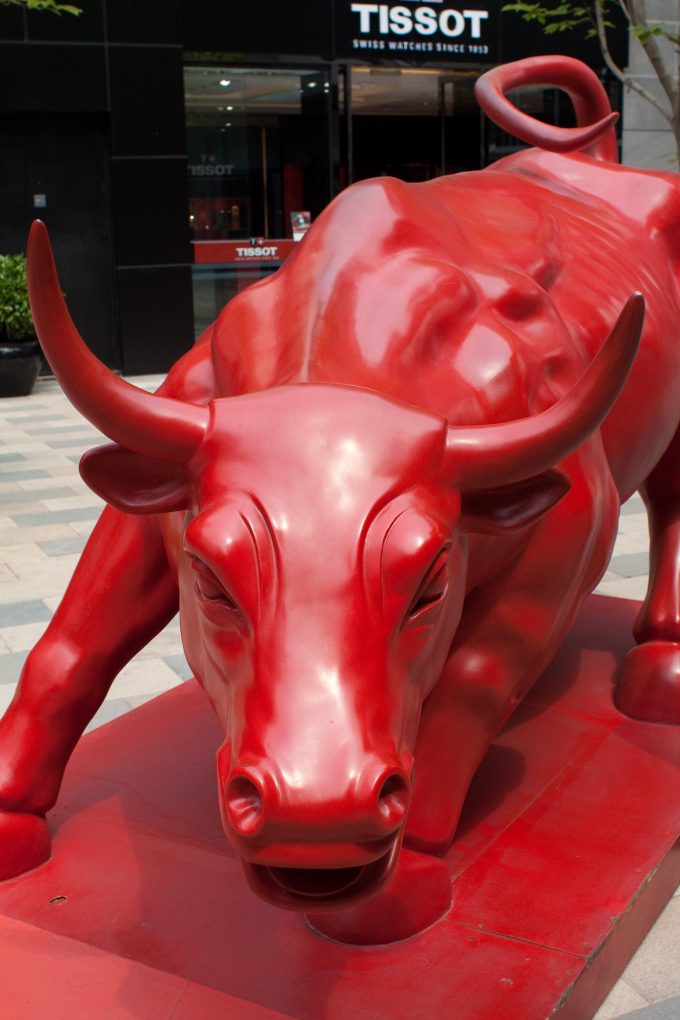 Here at QuotedData we like a company that takes the bull by the horns and gets on with things. So it was good to see two significant announcements this week from Land Securities (Landsec) that certainly shows courage in their convictions.

As we reported this week, Landsec announced it had agreed to takeover listed regeneration specialist U and I Group in a £190m deal. This was quickly followed with the news that it had bought a majority stake in MediaCity (home to the BBC) in Manchester for £425m.

After a period of assessment and consolidation, it now seems clear that new chief executive Mark Allan is out to make his mark at the property behemoth. This shouldn’t come as a surprise to investors familiar with Allan’s past.

He was in the top job at Unite Group for 10 years, building significant scale at the student accommodation investor, before taking the helm at St Modwen Properties in 2016. It was here that he implemented a strategy to pivot the predominantly residential developer towards industrial and logistics development. Shareholders were handsomely rewarded for Allan’s overhaul of the business earlier this year when the group was acquired by Blackstone in a £1.27bn deal – more than 20% ahead of both NAV and share price.

He was brought in as Landsec chief executive in April 2020 (talk about a baptism of fire) to turn its fortunes around. The developer had seemed to get stuck in a rut under former chief executive Robert Noel – some accusing it of being a bit too conservative.

There is little chance of Allan will ever being labelled that. After reviewing the business, Allan is putting his plan into action. Essentially, the goal of the strategy is to accelerate growth through recycling capital into higher return opportunities and deliver attractive income and growth returns.

A cornerstone of the strategy is mixed-use urban regeneration, which is expected to amount to about 25% of the portfolio within the next five years.

The acquisition of U and I Group, which has been recommended by its board, certainly accelerates this strategy. U and I has a substantial pipeline of mixed-use urban development opportunities in London and Manchester, with a gross development value (GDV) of around £6bn.

The most exciting development scheme is Mayfield, in Manchester. It is a 24-acre site in the city centre, adjacent to Manchester Piccadilly railway station, which comprises around 2m sq ft of office, retail and leisure space and 1,500 new homes set around a 6.5-acre public park. This site is currently owned in a joint venture with Manchester City Council, Transport for Greater Manchester and London and Continental Railways. U and I has a 50% share and acts as development manager for the site.

Landsec’s second acquisition announcement this week, of a 75% stake in MediaCity in Manchester, also provides it with significant development opportunities. The waterside destination is the biggest tech and media hub outside London and is home to creative, tech and media brands, from BBC and ITV to Ericsson, The Hut Group, Kellogg’s and over 250 creative and tech businesses.

It comprises 1.48m sq ft across 11 buildings including workspace, studios, incubator labs, residential as well as ancillary leisure and retail and generates £31.1m of net operating income per annum. The second phase of development on the 37-acre site has seen two residential towers and a mixed-use commercial building already delivered. Outline planning consent exists for an additional 1.6m sq ft including office and residential, with an estimated GDV of £750m.

As these two deals suggest, Landsec has emphatically shrugged off its conservative tag. We expect more announcements as the group continues to execute its strategy to turbo boost income and growth returns.

In QuotedData’s morning briefing 15 November 2022: The Financial Times has a story that the government has made another U-turn on its energy policy and will revert to […]

Land Securities has agreed a deal to sell 32-50 Strand, in London, for £195m, representing a net initial yield of 4.2% to Sinarmas Land Limited, a real estate company listed […]

Land Securities (LAND) has acquired a 75% stake in MediaCity, the 37 acre media, digital and tech hub home to the BBC in Salford, Greater Manchester, for £425.6m. […]

Land Securities agrees to buy U and I Group for £190m

Land Securities (LAND) has agreed terms of a recommended all cash offer for U and I Group (UAI), valuing the company at £190m. Under the terms of the […]

Landsec has announced that it has exchanged contracts to sell 1 & 2 New Ludgate to Sun Venture for a cash consideration of £552m. Completion is expected to […]