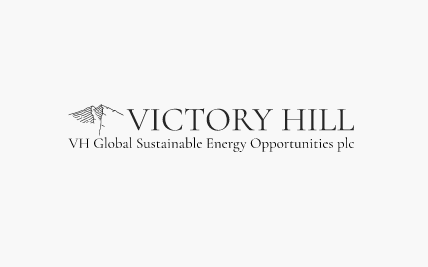 Since IPO, the investment adviser has evaluated more than 80 opportunities and has a broader pipeline of over 20 assets totalling over £800m. However, in the near term, it is focused on its ‘enhanced pipeline’ which consists of assets diversified by geography, technology and income type, as follows:

This asset is a portfolio of operating wind farms totalling approximately 300MW at a target equity investment of £92m. The portfolio benefits from a 100% take-or-pay corporate Power Purchase Agreement (“PPA”) with a listed retail conglomerate. These assets have been managed and operated by a leading European contractor using top-tier European wind turbine generators. This project targets an expected yield greater than 10%.

This project consists of operational run-of-river hydro projects with a combined capacity of approximately 40MW. The assets have 45-year permits in place and long-term PPAs with a rolling 5-year hedge strategy for price of power earned that provides downside risk protection and attractive upside exposure. The expected investment is £68m and the project targets an expected yield greater than 10%.

3.    Flexible Power and Carbon Capture and Reuse in United Kingdom

This will be the Company’s third combined heat and power project in the UK with carbon capture and reuse technology. The project will be 50MW once construction is complete and requires an investment of £62m and targets an expected yield of 7%. The Investment Adviser will be working with the same operating partners on this project, under the partnership framework and structure already put in place as part of the first two projects under the Company’s current investment program.

The Vietnamese government has supported and encouraged growth in this sector. This project involves the acquisition of an operating portfolio of rooftop solar plants totalling 50MW. The PPAs are long-term in nature and USD-linked with multinational, and large regional commercial and industrial companies. The expected investment is £36m and the project targets an expected yield of greater than 10%.

The company is proposing to undertake the placing at an issue price per new ordinary share of 101.5 pence, which represents a premium of 3% to GSEO’s ex-dividend net asset value as at 30 September 2021 (adjusted to reflect the interim dividend of 1.25p which is payable to shareholders on the register as at 12 November 2021) and a discount of 4.25% to the closing share price as at 5 November 2021. For the avoidance of doubt, any shares issued pursuant to the placing will not be entitled to the interim dividend.

The placing is expected to close at 1pm (London time) on Tuesday, 30 November 2021, but may close earlier or later at the absolute discretion of the company.

The shares will be credited as fully paid and rank pari passu with the existing ordinary shares in the capital of the company, including the right to receive all future dividends and distributions declared, made or paid. New shares issued pursuant to the placing will not be entitled to the interim dividend payable to shareholders on the register as at 12 November 2021.

QuotedData’s weekly news show 12th November 2021 Thank you to everyone that listened in today, whether you watched the Zoom live, on Facebook or on YouTube. In this […]

QuotedData’s weekly news show 10 September 2021 Thank you to everyone that listened in today, whether you watched the Zoom live, on Facebook or on YouTube. In this […]