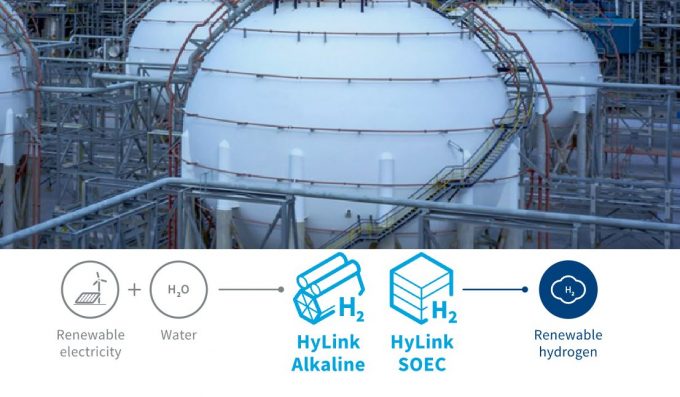 HydrogenOne looking for more money – HydrogenOne Capital Growth launched in July 2021, raising £107m. It is excited about progress in the development of its sector. It highlights policies such as the phase out of diesel in UK heavy goods vehicles by 2035-40 as one of many similar policy shifts that further support the hydrogen sector. At the end of 2021, there were at least 500 hydrogen projects announced world-wide, an increase of over 100% in the year. Full value chain spending in announced clean hydrogen could reach $700bn by 2030.

HydrogenOne has now deployed 46% of the net proceeds it raised on its launch, into hydrogen sector companies. This comprises 19 listed positions for an aggregate of 9% of the net proceeds, and 3 private companies accounting for a total of 37% of the net proceeds. These investments span the full hydrogen value chain, including critical components for green and turquoise hydrogen supply, distribution and refuelling equipment, fuel cells innovators, systems integrators and developers. Over 90%, of the deployed capital is in the UK and EU, reflecting HydrogenOne’s OECD-focused strategy.

HydrogenOne has identified an investible universe of over £17bn in unlisted hydrogen assets, in operational companies and hydrogen projects, with over 200 opportunities now identified, compared to 120 at the time of the IPO. It says that the sizes of potential investments has also increased.

HydrogenOne today has an active pipeline of over £500m of private opportunities for potential investment including a near term pipeline in excess of £200m under non-disclosure agreements.

HydrogenOne believes that the proceeds from its 2021 IPO should be fully deployed by the end of the second quarter of 2022. The investment potential in the pipeline is considerably more than the remaining net proceeds from launch available for deployment.

In order to assist in the financing of these investment opportunities, the company is therefore currently considering its options for raising further capital, in the near term.

In QuotedData’s morning briefing 29 November 2021: Chrysalis (CHRY) has agreed with its manager, Jupiter, to settle 54% of the performance fee which will be paid to Jupiter […]

QD view – Something in the water

This week saw two companies announce their intentions to float: Blackfinch Renewable European Income (BRET) with a fundraising target of £300m and Responsible Housing REIT which is looking […]

Digital 9 buys Irish wireless network – Digital 9 Infrastructure says that its subsidiary, Digital 9 Wireless has signed a conditional sale and purchase agreement to buy a majority (56%) stake in Tetra Ireland Communications, the exclusive operator of public safety wireless networks across the Republic of Ireland. The total price is about €76m and […]