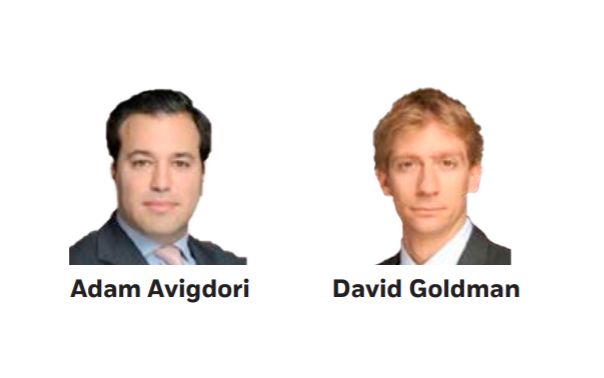 Quality focus unhelpful for BlackRock Income and Growth – Over the year to 31 October 2021, BlackRock Income & Growth achieved an NAV return of 30.4% and a return to shareholders of 22%, both behind the 35.4% return generated by the All-Share index. The dividend was mainatained at 7.2p and once again this was not covered by earnings, although the shortfall was much smaller (net earnings per share of 7.1p up from 5.43p).

The chairman says that the underperformance over the period reflected a focus on quality companies in a period when more highly leveraged and cyclical shares made the running.

“We have been happy with the progress many companies within the portfolio have made over the course of the COVID-19 crisis, navigating a difficult backdrop and emerging from the crisis with enhanced growth prospects. Indeed, the absolute NAV performance of 30.4% is our strongest annual return since taking over the management of the portfolio in 2012. That said, whilst strong in absolute terms, the NAV performance lagged the FTSE All-Share Index. The bias towards quality and balance sheet strength created headwinds to the portfolio in a market where returns to leverage, low liquidity and particularly the lower deciles of ‘value’ were particularly strong. Whilst we made a number of further changes towards cyclical areas and reduced defensiveness, we were surprised by the strength of the vaccine led rotation in the early part of the year. We remain fairly balanced within the portfolio and have been reluctant to increase exposure to leveraged or lower quality companies as the various COVID-19 ‘waves’, subsequent lockdowns and re-openings have created considerable confusion about the sustainability of corporate and consumer behaviours.

Notably, the shocks to the global supply chain have resulted in significant disruption across many industries. This has meant widespread product shortages and resulted in the strongest inflation backdrop in the last decade. As we look ahead, we would expect this disruption to last well into 2022 as bottlenecks unwind and supply normalises. The likely withdrawal of large-scale government support that was so critical during the crisis, will, in our view, contribute to far larger dispersion within sectors and companies. As we enter this period of ‘normalisation’ we expect the visibility of the underlying strength of companies’ earnings prospects to improve. We see material opportunities in those who have invested in their propositions and can fund their investments through the cycle. As a result, we are excited with where the portfolio is positioned currently.

When we look at the detractors during the year, there were two notable underperformers in large positions, both impacted in part by COVID-19 but for different reasons. Smith & Nephew shares struggled during the year as orthopaedic procedures have been heavily impacted by the lack of hospital capacity during most of 2020 and 2021. We would expect procedures and thus sales to rebound strongly once the COVID-19 crisis fades given that underlying patient demand is as strong as ever and that the company is well placed to benefit from this normalisation in activity.

In contrast, Reckitt Benckiser benefitted significantly from the growth in sales of disinfectants during 2020, and the market has consistently struggled to analyse the ‘true’ underlying earnings power of the business throughout 2021. Further, the company’s decision to reinvest this COVID-19 induced windfall has depressed earnings in the short term but, we expect, should lead to a meaningful acceleration in revenue growth over the medium-term. Again, we continue to hold the shares given the attractive medium-term growth on offer and expect better evidence of this into 2022 and 2023. Elsewhere, THG Holdings, the online retailer, which had delivered strong trading updates since its IPO was hit as the market became concerned by its ability to deliver against very strong 2020 comparators that had benefited from COVID-19 led behavioural changes. We are encouraged to see the company improve its governance, announcing the search for an independent executive chairperson, removing the golden share and improving disclosure.

Positively, a number of positions bought or increased during the crisis performed strongly during the year. Next and Intermediate Capital Group have both returned c.90% since purchase contributing significantly during the year. Grafton, the specialist building merchant, which we bought in late 2019 and increased throughout 2020, was the top contributor to performance during the period rising over 100%. The company repeatedly upgraded guidance as renovation spend surged, boosted by the significant increase in housing transactions. We would expect the company to use its strong free cash flow to continue to support its roll-out in Europe and extend its growth opportunities. John Laing Group was another top contributor following the bid for the company by the private equity firm KKR. We had owned John Laing Group in the Company since shortly after its IPO in 2015; in this time, the position had generated c.260 basis points of out-performance for the Company. We sold John Laing Group following the bid.

RELX reported excellent interim results with revenue growth continuing to accelerate. The process of transition that began a decade ago when growth was 2% per annum has now led to the group growing at c.5%. Whilst the Exhibitions division continues to be impacted by the pandemic, the Risk, Scientific, Technical & Medicinal and Legal businesses have all accelerated.”

BlackRock Income and Growth buys back shares to manage discount

BlackRock Income and Growth reports H1 results with shares up 10.5%

BlackRock Income and Growth Investment Trust (BRIG) has announced that Mark Wharrier, co-portfolio manager of the Company, has resigned to pursue another role. It says that Adam Avigdori, […]

In QuotedData’s morning briefing 14 January 2022: Cordiant Digital Infrastructure has announced that the final condition outstanding for the completion of the acquisition of DataGryd Datacenters LLC has now been satisfied and, accordingly, its acquisition of DataGryd is now complete. BMO Private Equity Trust (BPET) says that it has been advised by Singer Capital Markets […]

Digital 9 buys Irish wireless network – Digital 9 Infrastructure says that its subsidiary, Digital 9 Wireless has signed a conditional sale and purchase agreement to buy a majority (56%) stake in Tetra Ireland Communications, the exclusive operator of public safety wireless networks across the Republic of Ireland. The total price is about €76m and […]

In QuotedData’s morning briefing 13 January 2022: Polar Capital Technology (PCT) is cutting its management fee from 1 May 2022. The tiering of the base fee has been simplified and lower rates agreed. The impact of this change is to reduce the blended ongoing management fee at current asset levels from 0.81% to 0.75%. The […]