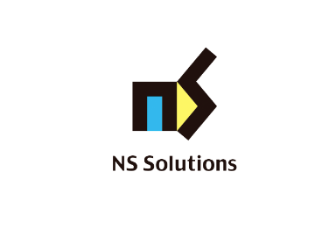 Asset Value Investors (AVI) has launched a public campaign on the submission of its shareholder proposals to NS Solutions, a subsidiary of Nippon Steel Corporation. NS Solutions is held by both AVI Global Trust and AVI Japan Opportunity Trust. Between them, they own 1.2% of voting rights of NS Solutions. Having first invested in March 2020, the team has now concluded that a continued approach of constructive private dialogue has no prospects of success.

A detailed presentation has been published on AVI’s dedicated website – www.takingNSSOLtothenextlevel.com

AVI say that it has identified the following issues:

Against this backdrop, NS Solutions trades at a significant undervaluation to its fair enterprise value. Specifically, the ratio of the company’s enterprise value to earnings before interest and tax over the last twelve months is 6.8x (after factoring in the after-tax value of investment securities), which is close to half the average of 13.3x for competitors in the industry. Despite the low valuation and deteriorating capital efficiency, the current board of directors have taken little action to address AVI’s concerns, failing to maximise corporate value for shareholders.

Joe Bauernfreund, CEO of AVI, comments: “NS Solutions must take steps to achieve the highest standards of corporate governance and capital discipline that a Prime Market publicly traded company should uphold, and to address its undervaluation.

As the controlling shareholder, Nippon Steel has an obligation to ensure that NS Solutions is managed for the benefit of all stakeholders. Nippon Steel has the power to hold NSSOL’s board to account and call on NSSOL to address poor employee welfare and its discounted valuation.”

Not only is it Spring – nice sunny days, great for solar funds – it is also results season. Funds with calendar year ends have started publishing their […]

2021 was a good year for AVI Japan Opportunity

Joe Bauernfreund – Fund Manager Joe Bauernfreund is Chief Executive Officer and Chief Investment Officer of Asset Value Investors. He is the manager of AVI Global Trust and AVI Japan Opportunity Trust and responsible for all investment decisions across AVI’s strategies. Joe has over 24 years’ experience in the finance industry. Before joining AVI in […]

JPMorgan Multi Asset Growth and Income has announced results for the 12 months ended 28 February 2022. Over that period, the company achieved a positive total return of 8.1% on its net asset value, an outperformance of 2.1% for the year, against the reference index (a total return of 6.0% per annum measured over a […]