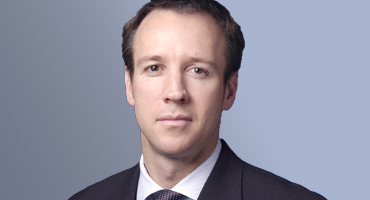 Fidelity China Special Situations reports that, over the year ended 31 March 2022, its benchmark index, the MSCI China Index, fell by 29.3%, giving up all of the gains it had made during the previous twelve months. The trust’s net asset value fell by 34.9% as gearing took 10.9 percentage points off returns, outweighing the gains from stock selection (+6.6%). During the same period, the share price fell by 39.2% as the discount widened to 7.5% from 1.1%. The dividend was increased by 15.5% to 5.5p.

However, the NAV and share price at 31 March were still some way ahead of that at the same date in 2020 when the global pandemic was declared.

Making use of the closed ended nature of an investment trust, the manager is able to invest up to 15% of the portfolio in unlisted companies, taking advantage of their early stage growth before they become listed on the public markets. During the year, two of unlisted holdings achieved their IPO, each recording a significant uplift over their original cost. However, since the dates of their IPOs, the fall in the markets has affected their prices. Subsequent to the year end, the company converted its preference shares in the ride hailing company Xiaoju Kuaizhi (Didi Chuxing) into American Depositary Shares (ADS). The valuation of Didi has been particularly affected by the fall in the markets, concerns over US listings, and increased regulation requirements. Three more investments were added to the unlisted part of the portfolio.

The chairman says that, because of their confidence in the long-term growth characteristics of the Chinese economy the trust includes an element of gearing in the portfolio. This ensures that positive long-term returns are amplified but does result in increased volatility in the NAV and share price as it also accentuates losses in a falling market, as happened this year.

Towards the end of the period, net gearing was increased to current levels of around 24% due to a combination of adding to areas where the portfolio manager sees significant value and closing the
majority of short positions in the wake of the market corrections.

Dale Nichols talks about the main drivers of returns in his report:

Over the period under review, holdings in industries embroiled in regulatory changes detracted from relative performance. Of note, was the sharp sell-off in Chinese stocks triggered by heightened regulatory changes targeting the education, internet, healthcare and property sectors (related to the “Three Mountains” that need to be scaled to deliver China’s policy of Common Prosperity). Analysing regulatory developments and the direction of travel is naturally a core part of our analysis of the operating environments of companies. While there have clearly been some surprises through this tightening cycle, in areas such as education, we had largely exited from the education sector and so the impact on the Company was not significant. Our impact on the healthcare sector was also limited as we had little exposure to the generics part of the market where we expect the most significant pricing pressure to be. The exposure to the property sector was also limited. The main impact was in the internet related area.

However, the position in carrier-neutral internet data centre (“IDC”) operator VNET Group (previously 21Vianet Group) weighed down returns due to a number of factors including weaker demand from wholesale customers, increased competition, as well as regulatory concerns that have generally applied to US listed Chinese companies. Furthermore, sentiment was dampened by ongoing concerns relating to the pending share sale by Tuspark (a strategic shareholder) due to its debt restructuring. Whilst capacity addition expectations have been lowered, growth remains solid and valuations have fallen to extreme levels, with the stock trading at a significant discount to its net asset value. More broadly speaking, IDC demand remains a structural growth story in China driven by increasing data usage of the internet via mobile devices on the consumer side and increasing demand for cloud and IT services on the enterprise side and I believe VNET is well positioned to benefit from this growth.

Given headwinds such as COVID lockdowns and a weakening property market, it is no surprise that consumption-driven sectors have struggled to perform. This in turn has seen increased pressures on the large internet platforms that have been impacted by lower advertising spend. The regulatory impact on sectors such as education has also clearly played a part here.

As often happens in market downturns, some of the smaller holdings in the Company’s portfolio with less liquidity have suffered more. Tencent-backed livestreaming platform Kuaishou Technology remained out of favour as leading social media and gaming companies faced higher regulatory scrutiny over user data collection and usage. Kuaishou is one of the most popular social platforms in China and one of the few internet companies that continues to have robust growth in users and time-spent-online. The company has undergone some major organisational restructuring which should lead to better operating efficiency over the mid-term. The company’s monetisation of the platform is expected to increase as it shifts its focus to commercial activities, with advertising and e-commerce being two of its biggest growth opportunities.

The holding in online marketing technology company iClick Interactive Asia Group, e-commerce service provider Baozun and supply chain finance technology solution provider Linklogis were caught in the broader market sell-off. The weaker consumer and related advertising spend clearly weighed on iClick and Baozun, as did US delisting fears. The long-term growth story for Baozun remains intact in light of rising online penetration and category expansion including luxury and fast-moving consumer goods (FMCG). The company’s close relationship with Alibaba and large client resources also enables it to get the best resources from Alibaba. In addition, the volume of customers it serves on other platforms, including the fast growing live-streaming platforms, continues to grow. Even factoring in the headwinds, these companies’ shares look significantly oversold and are trading at significant discounts to where we see fair value.

On a positive note, an exposure to SenseTime, which we bought in 2018 while it was unlisted, added notable value as shares in the artificial intelligence (“AI”) technology company rallied following its initial public offering (IPO). The company continues to capitalise on its lead in algorithm production efficiency and in its commercialisation in comparison to other AI start-ups, along with access to a large addressable market backed by strong capabilities in core areas such as computer vision.

The holding in one of our other unlisted investments, autonomous vehicle technology company Pony.ai, also performed well as subsequent investment rounds were announced at significantly higher than expected valuations (the company is also backed by Toyota). The company’s plans of commercialising autonomous driving for all vehicle sizes remain on track and we are closely monitoring its operations regarding both ride-sharing and delivery service networks. It already operates taxi fleets in cities such as Beijing, and I believe the company remains well-positioned as a leading player in this new and emerging market.

Elsewhere, a leading manufacturer of gas equipment and liquid tanks CIMC Enric continues to benefit from solid gas demand growth trends in China over the mid-term, with the shift away from more harmful fossil fuels. As a leader in the business for gas related equipment, the company is well placed to play a role in the innovation required for China to reach its environmental goals. The company is also well positioned in China’s nascent hydrogen supply chain.