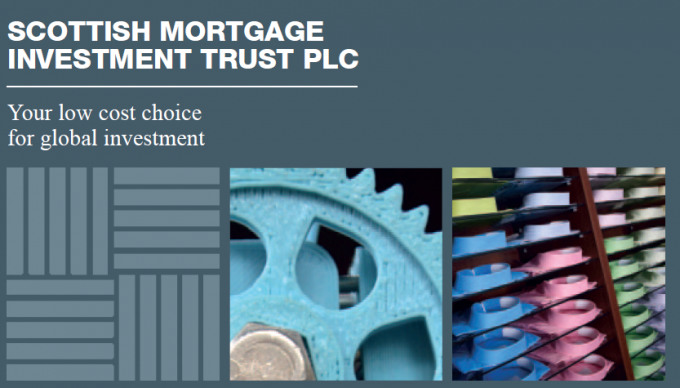 The recent sell-off in growth and technology stocks has seen investment trust superstar Scottish Mortgage’s (SMT) share price plummet by around 50% over the past six months, which led it to announce negative returns in its 2021/2022 annual report for the first time in years.

This downturn deviates from the consistent growth usually delivered by the £11.2bn trust, which has made it one of the most popular investment companies over the past decade. It has also long held the crown for the largest UK investment trust until earlier this month when it was overtaken by 3i Group which currently has a market cap value of £12.8bn. However, SMT still boasts higher total assets at £14bn compared with £13.8bn for 3i.

The fall in share price happens to follow the retirement of investment stalwart James Anderson at the end of last year, who had been manager since 2000 and co-manager with Tom Slater since 2015.

Understandably some investors are probably wondering if the two events are related. However, Slater, who is now joined by deputy manager Lawrence Burns, has continued to follow the same approach which worked so well for the trust under the helm of Anderson.

It’s important to note here that this is a good thing. Consistency is key to good results and chopping and changing between strategies can prove detrimental – very few managers can profit from timing markets, and there is a strong suspicion that those who have managed it were just lucky. Investors should also recognise that painful share price falls will happen from time to time, which is why a long-term approach is best.

James Budden, director of distribution and marketing at Baillie Gifford, which manages the trust, recently told the media no radical changes will be made to the trust’s approach and that the firm is confident that strong operational performance will once again become the key driver of share price performance, at which point shareholders’ patience will be well-rewarded.

So why has SMT been hit so badly? Some price moves are a factor of big picture, macroeconomic events and some reflect stock specific problems. For example, technology has been shunned on inflation/rising interest rate fears while Chinese holdings such as Tencent and Meituan have been impacted by regulatory intervention as well as a slowing growth environment.

Looking at drivers of returns, the managers highlight the effects of President Xi’s regulatory crackdowns in the name of ‘common prosperity’, and say that in retrospect it was “a mistake to reduce our holdings in western online platform companies rather than their Chinese counterparts“.

Meanwhile, SMT’s top ten holdings (which represented 43% of the trust as at 30 April 2022) have all seen share price depreciation since the end of September 2021, all but one by double digits. The biggest holding, Moderna, has been one of the biggest laggards, falling by 62.7%.

Despite its successes with the Covid-19 vaccine among other developments, the company has been under fire for its hiring process after being forced to sack its chief financial officer, Jorge Gomez, last week after just one day, as it was unaware of an internal investigation he was involved with at his former employer. But SMT’s managers like the company and have confidence in its ongoing projects which includes a phase one trial for a HIV vaccine.

To buy or not to buy

The biggest question on investors’ minds right now is likely to be whether or not this downturn is temporary and therefore is now the time to grab a slice of the SMT pie. After all, the trust is currently trading on a discount of 8.6% which will be good news for bargain hunters.

Firstly, investors probably shouldn’t hang around for a V-shaped recovery. Rising interest rates and inflation aren’t likely to go away anytime soon, and if President Xi is to save face, neither is China’s zero-COVID policy, and so the impact on certain types of companies is likely to persist. Much will depend on how those companies navigate those headwinds, and whether they have the balance sheet strength to ride out the storm.

There is plenty more to play for in areas such as technology, which continues to disrupt new sectors while companies with strong revenue and earnings growth will eventually be rewarded with higher share prices, so things may well improve sooner than we think.

The success of SMT’s stock-picking skills and strong risk-adjusted performance as well as its competitive fees (one of the lowest ongoing charges ratios of all investment companies) still make it a good choice for long-term investors. Of course, past performance is not an indicator of future performance and investors should also be cognisant of the potential for concentration risk.

There are also challenges that come with investing in private companies, of which SMT currently holds 52, representing 28.9% of total assets (up from 19.4% at 30 September 2021). Furthermore, these risks are boosted by borrowing and the trust is currently 16% geared.

As we’ve already highlighted, investors should accept that there will be lows along with the highs, and in this case, big lows with big highs. We don’t know what’s coming next but if you’re in it for the long haul – just like SMT’s managers who tend to hold their stocks for at least five years – there is more potential for future gains.

Scottish Mortgage Investment Trust’s Claire Shaw explains why investing in the next generation of green technologies requires time and patience. “What is the greater challenge to decarbonisation? The […]

Scottish Mortgage on the power of people

This week’s big news is the planned retirement of James Anderson, manager of Scottish Mortgage Trust (SMT) since 2000 and arguably one of the UK’s best fund managers. […]

Investment Trust Insider on Scottish Mortgage – The investment company industry had a good 2017. Money flooded into the sector; we got a couple of new and potentially […]