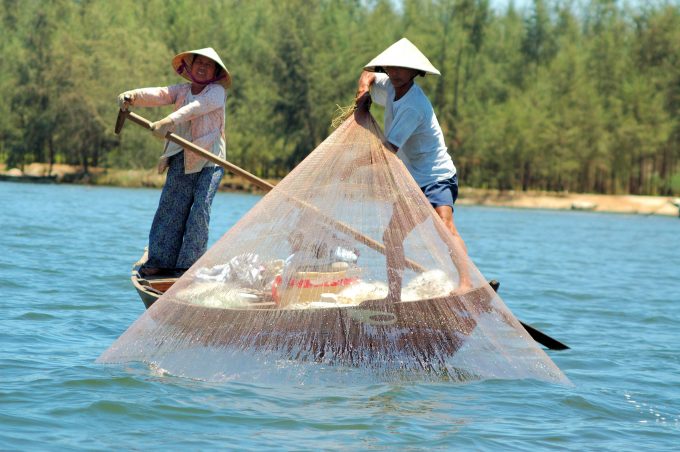 This week’s interview with Craig Martin of Vietnam Holding highlighted a number of reasons why investors might want to consider an investment in the country. Vietnam is a frontier market, not yet classified by the big index compilers as an emerging market, but well on the way. Its transformation over the past few years has been spectacular. A significant factor in its success has been its emergence as an alternative manufacturing hub to China.

Over the past year, there has been a marked divergence in the fortunes of Chinese and Vietnamese focused funds. Over the past 12 months, the four Chinese investment companies have seen share price falls of between 19.1% (abrdn China) and 35.5% (JPMorgan China Growth and Income). By contrast, the three Vietnamese investment companies have made gains of between 6.8% (Vietnam Enterprise) and 26.6% (Vietnam Holding).

Even after these moves, the market is not expensive. Craig quoted a forecast price/earnings ratio for the Vietnam All Share Index of 10.5x at end May 2022. The equivalent figure for MSCI China is 10.7x.

What seems strange to us is that the Chinese funds tend to trade close to asset value while the Vietnamese funds are all on double-digit discounts. That may rectify itself in time.

Why have manufacturers shifted production outside China?

An early driver was the trade tensions between China and the US. These attract fewer headlines than they did in the Trump era but haven’t yet gone away.

Recently, it has been China’s zero-COVID policy which has interrupted supply chains and closed factories, unnerving customers. Vietnam was following a similar path, but recognised the damage that this was doing to its economy, got its population vaccinated with western vaccines and learned to live with the virus. It is also now accepting tourists, which should reinvigorate an important part of its economy.

An underlying factor has been rising Chinese wages. The average Vietnamese worker is paid a lot less than the average Chinese worker ($6.50 per hour in China to $2.99 per hour in Vietnam in 2020, according to Statista). It is the potential for catch up that drives the positive outlook for domestic consumption in Vietnam.

Vietnam has opened up to global trade, joined a number of free-trading areas and is seeing high levels of foreign investment. Craig talked about new investments by Apple and Foxconn, for example. It is also less exposed to the problem of rising oil prices than many of its peers. All of this has boosted Vietnam’s current account, the currency has been relatively strong therefore.

The actions of the Chinese government are putting off some investors

For investors, while managers of Chinese funds say that their stocks are looking cheap, there is an uneasiness around the recent behaviour of the government, and China’s deteriorating relations with its neighbours.

President Xi Jingping is seeking to consolidate his grip on power and that seems to be translating into a crackdown on internal dissent, including the ongoing subjugation of Xinjiang. Combine this with the ongoing assimilation of Hong Kong, threats against Taiwan, the nine-dash-line territorial land grab in the South China Sea and perhaps it is unsurprising that some investors tell us they no longer feel comfortable investing in the country.

Markets were unnerved last year by the government’s interventions in sectors such as education – where they effectively banned firms from making profits – and consumer-focused online companies – where harsher controls on the of customer data threaten the profitability of some businesses. Antipathy towards companies listing on US markets also derailed or severely damaged some high-profile IPOs. Then there is a huge property sector-related bad debt problem to deal with.

Narrowing the gap between rich and poor in China

From an investor’s point of view, it may look as though China is repeatedly shooting itself in the foot. From the Chinese government’s point of view, it is trying to rein back some of the excesses in the economy that have widened the gap between rich and poor and threaten to create dissent against the ruling communist party. For example, the government is making it clear that it sees housing stock as homes not investments, the education clampdown was an effort to stop families borrowing heavily to fund private education, and controls on the use of data by big tech are something we should probably all be concerned about.

There are reasons why the Chinese stock market may rally. Once the party congress scheduled for some time in the second half of 2022 is out of the way, the political rhetoric in China may ease a bit. If a way can be found for China to extricate itself from its zero-COVID policy, the market would take that very positively (though this relies on revaccinating the population as the original Chinese vaccine was not as effective as hoped). The grip that the government has on the economy may make it easier for China to navigate the current slowdown.

Individual investors will make up their own minds on whether China is investable. There are plenty of other governments around the world pursuing questionable policies. In most places though, governments change, businesses go on.

As for Vietnam, the impression that Craig gives is of a pragmatic government that sees the benefit of attracting foreign capital.

JPMorgan China Growth & Income (JCGI) has published its annual results for the year ended 30 September 2022. During the period, JCGI provided an NAV total return of […]

Vietnam Holding (VNH) has published its annual results for the year ended 30 June 2022. During the year, VNH’s NAV per share declined by 4.36% in USD terms, […]