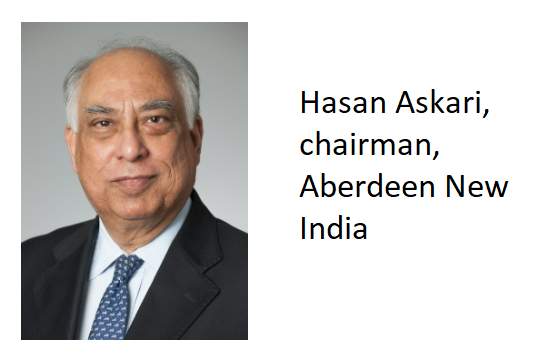 Aberdeen New India to introduce conditional tender offer following underperformance – Aberdeen New India (ANII) has posted its full year results for the 12 months to 31 March 2022. During this time its NAV returned 11.2% while its share price total return was 3.7%. This compares with a 23.9% return from the MSCI India Index.

The positive performance of Indian equities masked the challenging conditions that the country endured over the year, including a  devastating health crisis due to COVID-19 and the conflict in Ukraine which sent energy and commodity prices surging. Not only did this hurt India, as a net energy importer, but it also meant that positive stock fundamentals were largely ignored.

Against this backdrop, cyclical and value stocks outperformed their quality peers that are favoured by ANII and which has held back the company’s performance over the past two years. Nonetheless, the company has taken steps to reposition and refresh the portfolio with a focus on improving near-term performance.

The board announced on 24 March 2022 its intended introduction of a five-yearly performance-related conditional tender offer as it remains concerned about the relative underperformance of the company’s NAV compared to its benchmark. Following discussions with the manager, the board has decided that, should the adjusted NAV total return underperform the benchmark over the five year period from 1 April 2022, then shareholders will be offered the opportunity to realise up to 25% of their investment for cash at a level close to NAV. Five years has been chosen as this best corresponds with the manager’s typical investment time horizon.

While there is no formal requirement for shareholders to vote on the introduction of the five-yearly conditional tender offer, shareholders’ approval is required to amend the articles of association in order to replace the annual continuation vote with a continuation vote at least every five years and, accordingly a resolution will be put to shareholders at the next AGM. The proposals are subject to the passing at the AGM on 28 September 2022.

Even before Covid-19 reached its borders, India’s growth outlook had been muted as the country slowly adapted to new structural reforms. At the moment, I am encouraged by India’s ability to bring the pandemic under control and the government’s longer term commitment to guide the country towards a US$5 trillion economy, making it an economic powerhouse of the future.

There are some areas that still merit caution. Firstly, India’s large informal economy, which has borne the brunt of the Covid-19 and economic crises since 2020, is taking longer to rebound and secondly, overall unemployment remains high. I am confident that the situation will improve from hereon as the Indian economy continues to enjoy broad policy support from the government. Economists are expecting the country’s growth trajectory to remain one of the fastest among major economies in the coming years.

Importantly, in May 2022, for the first time in two years, the Reserve Bank of India increased interest rates to combat soaring consumer prices, particularly for food and fuel, with inflation at an 18 month high and India no longer as isolated as it was from the effects of higher global prices. Indian households face a challenge to stretch their budgets further as food price inflation is expected to persist due to higher transportation costs, supply-side bottlenecks and weakness in the jobs market.

However, there are plenty of reasons to be upbeat about India’s long-term outlook. It is an enormous country with tremendous consumer spending power and a highly digitalised economy. Favourable demographics, including a younger population and an expanding middle class, and relative stability make for a solid long-term growth story. Your Manager continues to look for good quality, well-managed companies that are going to benefit from India’s economic expansion and prosperity.

India remains a magnet for international companies stuck in low-growth markets of their own. A considerable degree of India’s economic growth is a consequence of the commitment by these companies to the country. The list is long and illustrious but in recent years, all has not been sweetness and light. The shifting regulatory landscape is a constant reminder of the quixotic approach to regulation that Indian administrations have engaged in. But of greater concern is growing evidence of bias on the part of the current administration to support domestic players to the exclusion of international investors. The current takeover of Holcim’s Indian operations by JSW Steel is billed as ‘Modi’s bias towards nationalistic companies’. Nationalism may be part of Mr Modi’s domestic playbook but has no place in a world of free trade and investment and has to be contrary to India’s hopes of becoming a credible player in a global context.

New conditional tender for Aberdeen New India – The board of Aberdeen New India Investment Trust intends to introduce a five-yearly performance-related conditional tender offer.  The board is concerned about the relative underperformance of the NAV over shorter term time periods compared to its benchmark, the MSCI India Index. Following discussions with the investment manager, the […]