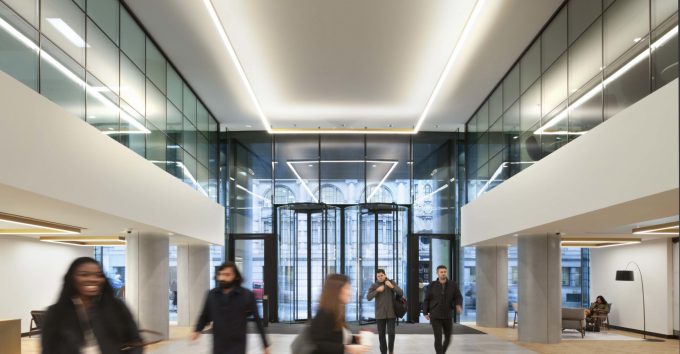 Three members of Palace Capital’s board have today resigned from the company after shareholders revolted against the company’s change in strategy, which was announced earlier this month.

Mickola Wilson (Senior Independent Director), Kim Taylor-Smith (Non-Executive Director) and Paula Dillon (Non-Executive Director) have all stepped down from the board with immediate effect, leaving no independent directors on the board (chairman Steven Owen is interim executive chairman until a new chief executive is appointed following the resignation of Palace co-founder Neil Sinclair in June).

The turmoil at the company comes after shareholders previously expressed concern at the strategy and lack of performance at the company. A new strategy to focus on offices with strong ESG credentials (or the potential to enhance value through sustainability works) was announced on 4 July, with the group’s industrial assets (worth around £46.5m) to be sold to fund the new strategy.

However, today the company said that “in light of shareholder feedback following that update, it has been decided by the board that such a strategy needs amending. The board will therefore now focus on maximising cash returns to shareholders, whilst continuing to remain mindful of consolidation in the real estate sector as part of its considerations”.

The company said it would also continue disposing of other non-core investments and seek to complete the remaining sales of the residential apartments at its York asset and distribute these to shareholders too.

A share buyback programme to repurchase up to 2.3m ordinary shares, representing 5% of the company’s ordinary shares, was completed on 11 July 2022 at an average price of 260 pence, which represents a 33% discount to the last reported EPRA NTA per share.

[QD comment: It is clear that shareholders did not agree with the strategy put in place by the board to focus on regional offices. A sale of the business to a peer or private company now looks a strong possibility given its share price discount to NAV and lack of support from shareholders in continuing to pursue its growth strategy. The resignation of three independent directors does not bode well for the company continuing.]

In QuotedData’s morning briefing 22 December 2022: Temple Bar (TMPL) has appointed Frostrow as its AIFM (with effect from 1 July 2023). Redwheel will continue to manage the […]

Palace Capital will become a purely regional offices investor, focusing on ESG enhancements to create value. The company announced the move following a strategic review by the board […]

Palace Capital has reported an 11.4% uplift in EPRA net tangible assets (NTA) in a positive set of annual results to the end of March 2022. The group, […]

Palace Capital said it was set to up its dividend following good performance, but added that it was considering a range of strategic options, including returning capital to […]

Palace Capital has set a record office rent in York city with the completion of a pre-let agreement at its Hudson Quarter mixed-use development. The company has signed up […]

Palace Capital, which owns a diverse portfolio of property in the UK regions, has reported a drop in net asset value (NAV) per share of 3.9% during the […]

Palace Capital converts to REIT – Palace Capital will join the UK REIT regime from today. The company has provided HMRC with notice of the conversion and said […]

In QuotedData’s morning briefing 2 August 2022: Ed Warner, OBE has been appointed chair of JLEN Environmental Assets with effect from 2 August 2022, succeeding Richard Morse who stepped down on 15 July 2022. Ed brings extensive financial services experience from his time spent in senior positions at several investment banks and financial institutions, including […]

Rising Sun Management, investment advisor to Nippon Active Value Fund, has sent a letter to the management of Intage Holdings (a Japanese marketing research firm), to notify it of several proposals that will be made at Intage’s forthcoming Annual General Meeting. A friendly management buyout (MBO) proposed in February 2022 has been rejected by Intage. […]

In QuotedData’s morning briefing 19 July 2022: In GCP Asset Backed Income’s (GABI) latest NAV (as at 30 June 2022), the co-living group loan (discussed on our weekly show on 8 July) has been revalued, taking 1.21p off the NAV. The directors took advice from the company’s valuation agent and investment manager, considered a range […]