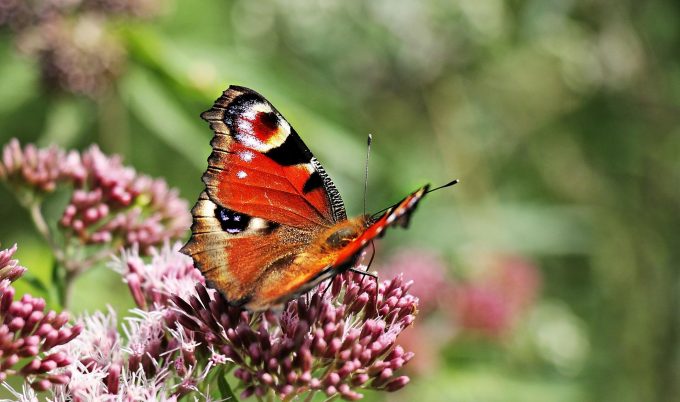 It has been a tough first half for smaller companies, with the FTSE SmallCap trailing the FTSE 100 by around 13% for the year to date. While small companies are said to have sustained their operational performance, sentiment has run against them. Nevertheless, it is not the moment to give up on the sector: the ‘small cap effect’ has persisted over multiple decades, multiple regions and through a range of market conditions.

The long-term outperformance of smaller companies over their larger peers is significant. Global SmallCap has outperformed LargeCap by 3.0% a year since 2000 (9.3% per annum versus 6.3% per annum), even with the recent difficult run. The impact of this outperformance over time is profound. In the UK, £1 invested in the Numis Smaller Companies index in 1954 would now be worth £8,233, compared to just £1,215 for the FTSE All Share.

Nevertheless, there are nuances to this phenomenon. The effect has varied in its magnitude across regions, for example, though it is present in all but a handful of global markets. Where it doesn’t exist, the reasons are usually clear. Exceptions include the Taiwanese market, for example, which is heavily weighted towards TSMC, a long-term strong performer that flatters the relative performance of large caps.

George Cooke, fund manager on the Montanaro European Smaller Companies Trust, says: “The small cap effect is stronger in Europe than it is in the US, but that is largely because of the weakness of European large cap. US large cap has performed far better. Its large cap companies are successful businesses such as Amazon and Microsoft, while European large cap is dominated by banks and insurers.”

Equally, there have been periods when it hasn’t worked. In the 1990s, a succession of crises diminished risk appetite and saw small caps sell off. Cooke adds: “When things go very wrong, investors tend to sell small caps first.” However, the data shows that the Numis Smaller Companies index beat the FTSE All Share in 43 of the last 67 years – approximately two-thirds of the time.

Why does it happen?

While the outperformance is clear, the reasons for it are tougher to pin down. It isn’t a result of valuation expansion. There is not a rising premium for smaller companies. Equally, it isn’t simply a function of being small. The AIM market in the UK, for example, does not show the same effect. Equally, the small cap effect exists independently of the liquidity premium. As such, the main reason for small cap strength is that smaller companies have grown their earnings faster.

That in turn raises the question of what has allowed them to do this. Here, there are a number of theories. Cooke says partly this is simply the law of large numbers. It is far easier to grow a small business by 20% than it is to grow a large business by 20%. The addressable market can be smaller and the company can achieve a greater level of growth.

There is also the idea of agility. Large companies may be formed of multiple mergers, come with difficult legacy technology problems or an institutional mindset. Smaller companies will tend to be earlier stage, harness newer technology and have more flexible structures. This can help them perform better in areas such as customer service, efficiency and innovation. Cooke says: “They can chip away at the legacy business of large companies. They tend to be more nimble and, as such, can be very disruptive.” There are exceptions, of course, often in part of the technology sector where the ‘network effect’ is vitally important, as it is for companies such as Meta or Twitter.

Equally, there are fewer ‘zombies’ in the smaller companies sector. With funding harder to come by, it is more difficult for smaller companies just to hang around, supported by lower borrowing costs. As interest rates rise, large cap zombie companies that have relied on cheap capital could be in for a shock.

There is also a persistent question over why the small cap effect hasn’t been arbitraged away as has been seen when other, similar effects have occurred in financial markets. Cooke believes it is because large institutional investors can’t take meaningful allocations to small cap. He adds: “Even if they believe it would help performance to own, say, 25% in small cap, liquidity constraints make that impossible.” Equally, its neglect from the major asset allocators means analyst coverage is light. As such mis-pricing can persist and it makes it an ideal spot for the skilled stockpicker to ply their trade.

The message for investors

While the small cap effect has been measured for smaller companies in aggregate, avoiding the weakest areas can harness the phenomenon to best effect. When small companies go wrong, they can go wrong very quickly and may go to zero. Avoiding those bear-traps pushes up overall performance.

The importance of avoiding the weaker names or ‘junk’ is supported by academic research. A 2015 paper by Asness, Frazzini, Israel, Moskowitz & Pedersen “Size matters if you control your Junk” said: “Controlling for junk produces a robust size premium that is present in all time periods, with no reliably detectable differences across time from July 1957 to December 2012, in all months of the year, across all industries, across nearly two dozen international equity markets, and across five different measures of size not based on market prices.” As such, digging out the strongest stockpickers is vital for small cap investors.

The presence of the small cap effect over time also suggests that investors should take a closer look at small cap when it is most out of favour. Today may be one of those moments, with some attractive discounts appearing across the sector. Aberforth, for example, currently trades on a discount of 14.4%, against a 12m average of 11.9%. Abrdn UK Smaller Companies Growth trust is on a discount of 11.9%, compared to a 12m average of 6.8%. Even the ever-popular Smithson is now at a 5.9% discount, reversing its long-term premium (2.1% over the last 12 months).

Small companies may have hit a weak spot today, but the long-term outperformance of the asset class is evident. There may be further weakness ahead, as the economic outlook darkens, but it may be worth re-examining the sector when sentiment is against it.

In QuotedData’s morning briefing 2 November 2022: Princess Private Equity (PEQ) will not pay a second interim dividend. It says that the dividend suspension is needed because the […]

In QuotedData’s morning briefing 27 July 2022: Aberforth Smaller Companies (ASL) has posted its half-year results for the six months to 30 June 2022. During the period, its […]

Montanaro European Smaller Companies (MTE) has announced its annual results for the year ended 31 March 2022, during which it provided NAV and share price total returns of […]

In QuotedData’s morning briefing 24 February 2022: Pantheon International (PIN) has posted its interim results for the six months to 30 November 2021. Over the period, the trust […]