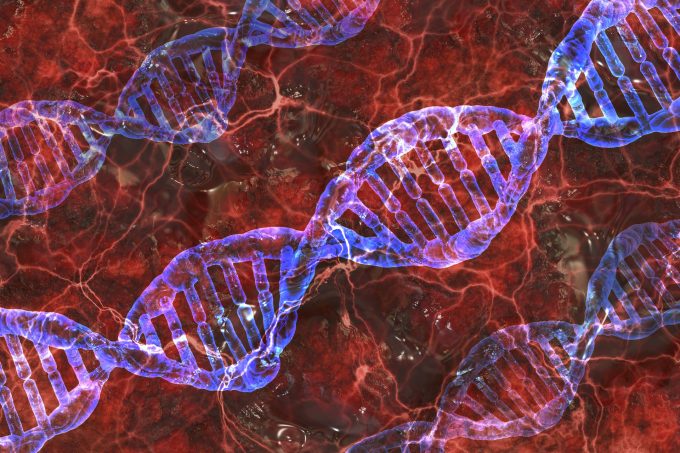 BB Biotech saw an almost 3% rise in its NAV yesterday to CHF51/share, helped by a 36% jump in the share price in one of its holdings – Myovant – triggered by a cash buy-out offer. BB Biotech’s share price, however, was largely unchanged at CHF52.8, which has had the effect of reducing the investment company’s premium in the first trading day of the fourth quarter from 5% to 3.5%.

The Myovant jump nevertheless helps further the recovery in BB Biotech’s NAV, which reached a low-point of CHF47.10 at the mid-year. Indeed, its NAV improved by 5% in the third quarter, reflecting the nascent recovery in small to mid cap biotech stocks after a more than year-long bear market. BB Biotech’s NAV stood at CHF49.60/share at of 30 September, down by 10% in the year to date (YTD) period. This beat the two main indices that track stock performance in the US biotech space: the XBI (the SPDR S&P Biotech ETF, which invests in the small and mid caps) and the IBB (the iShares Biotechnology ETF, which is biased towards larger caps), which lost 30% and 22% respectively over the same period.

However, BB Biotech’s shares saw a greater decline than that of the underlying assets and hence the premium reduced. The shares closed at CHF52.70 on September 30, down 27.7% in the year-to-date period. This made BB Biotech’s share price performance broadly consistent over this period with the peer group of specialist collective investment vehicles. While its performance was bettered by the share price returns of the two London-listed vehicles, International Biotech Trust (LSE:IBT) and Biotech Growth Trust (LSE:BIOG), which lost 13% and 17% in the YTD period, it was in line with the two peer group US-listed vehicles, Tekla Healthcare Investors (NYSE: HQH) and Tekla Life Sciences (NYSE:HQL), which were down by 27% and 28% respectively (in local currency). Meanwhile, Swiss listed HBM Healthcare Investments has seen its share price fall by 35%.

Yesterday’s jump was precipitated by Japan’s Sumitomo launching a tender a buy-out offer of $22.75/share in cash for the 48% it does not already own in Myovant, a US biotech company held by BB Biotech. The price represents a 27% premium to the share price and places an equity value of $2.4bn on Myovant. The proportionally larger share price rise, however, suggests investors are expecting an improved offer, or possibly alternative offer, to materialise.

Meanwhile, Incyte, a core holding in BB Biotech’s portfolio, announced it would acquire Villaris Therapeutics, a private US biotech focused on the development of auremolimab (VM6), an anti-IL-15Rβ monoclonal antibody (mAb), for vitiligo. Incyte will acquire Villaris for an upfront payment of $70m, with up to $310m contingent upon achievement clinical and regulatory milestones and an additional $1.05bn in commercial milestones on net sales of the product. Its shares rose by 3% on the news.

BB Biotech portfolio currently consists of 31 US-listed small-to- mid cap biotech companies, and one private US company, Rivus Pharmaceuticals, in which it acquired a holding last month. The portfolio is highly concentrated with two-thirds of its value invested in eight revenue-generating companies, four of which have shown sustained profits over multiple years. Performance of the constituent stocks over the YTD period is shown in the table below: 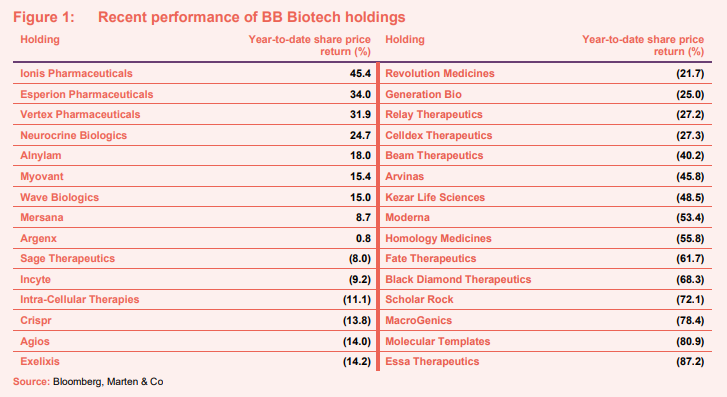 [QD View: Biotech remains in our view a fundamentally attractive sector and BB offers a way to gain exposure to the highly innovative small-to-mid cap space. Increased M&A activity – presumably reflecting buyers’ perceptions of attractive valuations – appears to be to helping a recovery in the stock prices. After a period in which its traditionally high premium has presented a downside risk, the relative normalisation now means it may be at a more attractive entry point for new investors. BB Biotech’s out-performance in terms of NAV relative to the key benchmarks of XBI and IBB also highlights the attractions of an actively managed fund.]

BioPharma Credit (BPCR) has announced that, together with BioPharma Credit Investments V, it has entered into a senior secured loan agreement with Immunocore Limited. BPCR will invest up […]

QD view – IPOs back on the agenda?

For a sector that has got used to quite substantial amounts of fundraising, 2022 has proved a lot trickier for funds and brokers. Some of the stalwarts of […]

Biotechnology is an exciting and potentially rewarding sector for investment but for the private investor it is also risky and probably best addressed through collective investment vehicles. After […]