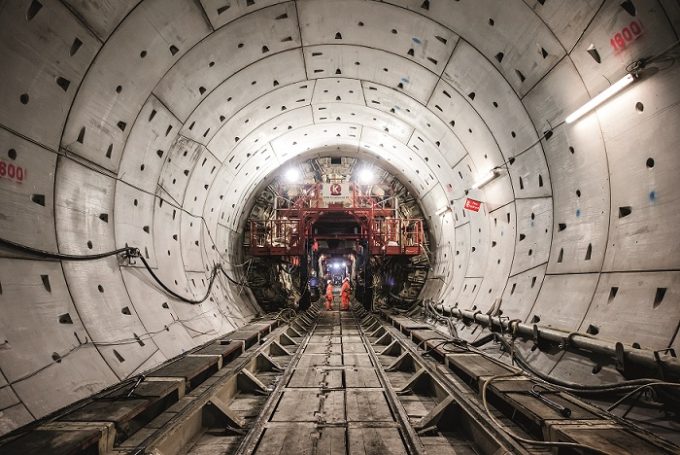 As part of a general round up of recent progress within its business (the major parts of which we have covered in earlier stories), International Public Partnerships has provided its thoughts on the impact of rising interest rates on its business. The elements of the company’s investments that could primarily be impacted as a result are:

The company notes that discount rates have not historically moved in lockstep with government bond yields and that demand for infrastructure assets remains very strong. The company also notes that increased cash flows resulting from higher inflation expectations, foreign exchange gains derived from the weakening of sterling, and greater interest earned from cash balances may play a mitigating role in any potential future discount rate valuation movements. The company will formally review the discount rates used to value its investment portfolio as part of the 31 December year-end reporting.

There is said to be no material refinancing risk within the company’s PPP or OFTO investments as these investments typically benefit from fixed-rate senior debt which amortises to nil over the relevant concession or licence period. These types of investments collectively represent approximately 60% of the portfolio’s investment fair value.

There are other investments in the portfolio which do not have a pre-determined concession term or licence period, and hence will contain an element of refinance exposure. This statement applies principally to Cadent, Tideway, Angel and BeNEX. These companies have various tranches of debt with different maturity dates, and there is no immediate need to refinance any material portion of debt in these four companies.

The increases in the cost of debt have a limited impact on current debt costs (as the vast majority of debt is either fixed rate or hedged) but could impact these businesses when existing debt is refinanced. However, (i) the regulated revenues earned by Cadent and Tideway are frequently adjusted by the regulator to compensate for changes in the market cost of debt, and (ii) businesses such as Angel and BeNEX that operate in industries with high barriers to entry would typically expect to be able to pass on a majority of changes in their cost base to counterparties.

In QuotedData’s morning briefing 8 June 2022: International Public Partnerships (INPP) has posted a portfolio update for the period 1 January to 31 May 2022. During this time, […]

International Public Partnerships has published results for the 12 months ended 31 December 2021. The NAV increased from 147.1p to 148.2p and dividends totalling 7.55p were declared. The […]

Downing Renewables and Infrastructure Trust says that its NAV for 30 September 2022 rose by 1.5p over the previous three months to 117.7p. The total return for the period, including the 1.25p dividend paid in the period, was 2.6%. The movement in NAV during the period was attributable to several factors: financial performance (+1.3pps); advantageous […]

In QuotedData’s morning briefing 24 November 2022: Foresight Solar Fund (FSFL) says that the net impact of the new electricity generator levy on its NAV is to reduce it by 0.8p. As other funds did, it applied discounts to the blended power forecasts as at 30 September 2022. To reflect the uncertainty surrounding the likely […]

Henderson High Income (HHI) has announced its annual results for the year ended 31 December 2021, during which it provided NAV and share price total returns of 19.8% and 27.9% respectively, exceeding the total return of its benchmark (a composite that is 80% All-Share and 20% the ICE BofAML Sterling Non-Gilts Index rebalanced annually), which […]

Foresight branches out with Sustainable Forestry Company IPO plans – Foresight Sustainable Forestry Company, an externally managed investment company that will invest in UK forestry assets, today announces its intention to undertake an initial public offering on the main market of the London Stock Exchange, by way of an initial institutional placing, offer for subscription […]

In QuotedData’s morning briefing 26 March 2020: As the excitement of yesterday’s $2trn stimulus gave way to the reality of sharply rising cases in the US and stories of a potential uptick in cases in Japan (where the virus seemed to be under control) markets are falling once again. NB Private Equity has increased its borrowing […]