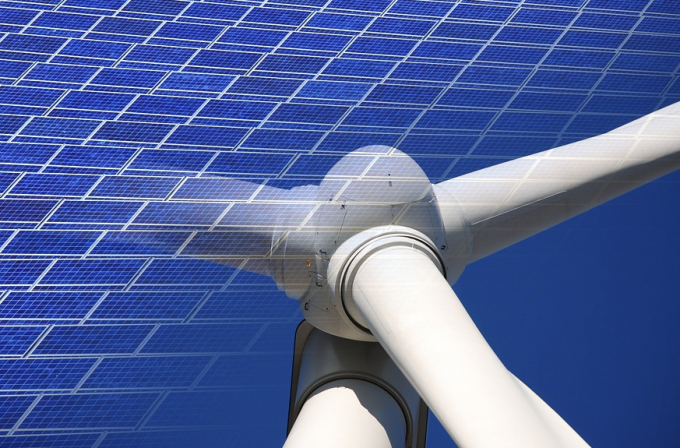 Bluefield Solar Income Funds says that its NAV as at 30 September 2022 was £884.0m or 144.6p per share, up from 140.4p as at 30 June 2022. This equates to an NAV total return for the quarter of 3.0% and gearing (based on the gross asset value) of 34%. The major factors behind this change are the increase in the sale price of electricity in the UK, offset to an extent by the company’s adoption of a higher discount rate.

However, following the Autumn Statement on 17 November 2022, the NAV as at 30 September 2022 has been updated to reflect the potential impact of the Electricity Generator Levy. This took about 3p off the NAV, reducing it to 141.4p.

The original 30 September 2022 NAV used the power curves available at that time from the company’s three independent forecasters. However, at that date considerable uncertainty surrounded Government policy around the UK energy market, so contingency adjustments were made to such projections at the time, of approximately 65% in 2023, 50% in 2024 and 25% in 2025 in relation to unhedged power for that period.

The 30 September 2022 NAV included an increase in the equity discount rate to 7.25% (an increase of 0.50% from 6.75% as at 30 June 2022), reflecting increases in both the Bank of England Base Rate and 15 year gilt yields since the 30 June 2022 NAV. Inflation for 2023, applied only on subsidies and costs, has been amended to 5.5% in line with expectations from forecasters that decreases from the highs of 2022 will be more gradual than previously expected.

The Levy will take effect from 1 January 2023 until 31 March 2028 and will apply a rate of 45% to ‘Exceptional Generation Receipts’, which are determined by revenue from power sales that exceed a benchmark price of £75/MWh, resulting in a combined 70% tax rate on these earnings from those revenues above £75/MWh for the period the Levy applies.

A £10m per year allowance will apply, such that Exceptional Generation Receipts below this threshold will be exempt.

Revenue earned under Feed in Tariffs (‘FiT’), Renewable Obligation Certificates (‘ROCs’) or Contracts for Differences (‘CfDs’) will be exempt.

As the Autumn Statement has provided material confirmation of the Government’s approach to energy policy, the Directors have attempted to estimate what the impact of this would have been on the Company’s 30 September 2022 NAV. This follows two steps; removal of the contingency applied to Q3 power forecasts until 2025 (increasing the September NAV by 11.0pps) and application of the Levy (reducing the September NAV by 14.0pps). The combined effect of these changes results in a prospective reduction of 3.0pps.

In the period since 30 June 2022, the company has achieved planning permission on a further four PV projects, totalling 215MWp. The expected connection dates for these projects run from H1 2025 to H1 2026.

These projects are in addition to Yelvertoft, a 50MWp PV plant, which has started construction and is expected to connect in Q4 2023, and Mauxhall Farm, a combined 44MWp PV and 25MWp battery plant, targeting connection in Q1 2024. The projected cost of these projects is c.£70 million, which the company has the option to fund through further debt issuance.

In the light of the levy, the board will in due course consider the economic position on those projects where planning consent is secured but dates for connection to the grid are yet to be confirmed.

Bluefield Solar Income Fund (BSIF) has published its annual results for the year ended 30 June 2022. It has been a very successful year for BSIF, which has […]

Bluefield Solar says that it has successfully secured additional solar contracts in the UK on 62.4MW of planned additional capacity through the UK government’s fourth Contracts for Difference […]

A reversal of fortune for Baillie Gifford European

Baillie Gifford European’s results for the 12 months ended 30 September 2022 show the impact of the change in sentiment towards growth investing on the company. Over the period, the NAV total return was -40.4% compared to a total return of -15.3% for its benchmark index. The share price total return for the same period […]