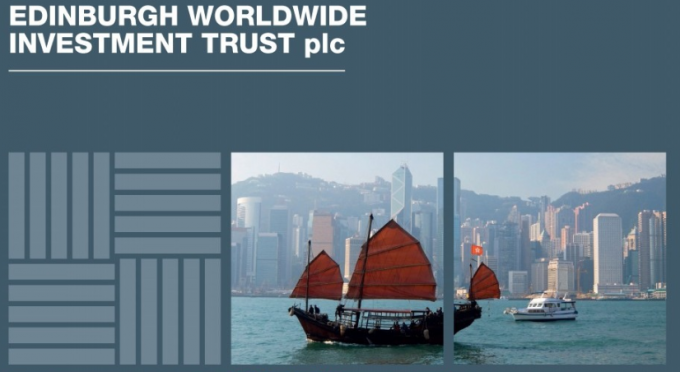 “Although our enthusiasm for what the future offers is undiminished, the share price performance of many of the holdings in the portfolio has been sharply impacted by the changing backdrop” …. “For many of the companies held, this feels a largely mechanical based valuation reset as interest rates have risen and consequently their future cashflows are deemed to be worth less. More recently, this has been exacerbated as stock markets have begun to price in lower economic growth assumptions.

“Our bottom-up, growth-orientated investment style will always leave us at the mercy of fear-driven market sell offs. Simply put, the current areas of angst (volatility in interest rates and economic cyclicality) are not inputs that we think carry much insight when performing long term analysis on a company. Our analysis skews heavily to understanding how the operations of a business might perform over the 10+ year timeframe. For most businesses, and especially younger/smaller ones, that path will be most heavily influenced by both the decision that a company takes and how its industry evolves.

“The decade long era of abundant and overly cheap capital has run its course. The premium placed on stable long-term capital will be higher. As the pendulum of power is shifting from the users of capital towards the providers of capital, we think the relevance of Edinburgh Worldwide’s structure and philosophy will, once again, come to the fore. A transition period is just that.

With the technology-led opportunity plentiful, yet the supply of capital restricted, we see greater opportunity for our analysis to actively focus on companies that are in a capital consumptive phase of growth.”

[QD comment]: EWI’s large NAV drawdown is largely in line with what one would expect from a high-growth small cap strategy, effectively the plunge after what was a very upward trending rollercoaster over the last five years. Though as most investors will be aware, growth investing in the manner of EWI’s is a high risk, high reward strategy, and one should not judge its managers too harshly when their style has come out of favour, something virtually all dedicated growth managers have needed to face over 2022.

We believe that the increase in EWI’s unlisted exposure may be a double-edged sword for the trust. In theory it substantially differentiates it from many of the other small cap strategies that investors typically have access to, and it has been a source of alpha over 2022, given SpaceX’s top contribution. However the trust’s exposure to unlisteds may become a very sizable chunk of the trust’s assets, perhaps approaching the new 25% limit on such exposure, if its listed equities continue to fall. It also increases valuation uncertainty, which may also affect the discount down the line. The trust has increased its gearing over the year, which adds further risk to the trust during a very volatile period.

QD view – In defence of growth

Edinburgh Worldwide recently published its annual results – covering the 12-month period to 31 October 2022 – and the figures are not great. Over the period, the NAV […]

QuotedData’s weekly news show 10th December 2021 Thank you to everyone that listened in today, whether you watched the Zoom live, on Facebook or on YouTube. In this […]

Baillie Gifford-managed Edinburgh Worldwide (EWI) delivered an NAV return of 16.4%, over the six-month interim period to 30 April 2020 (the shares increased by 21.7%). Over the same […]

Edinburgh Worldwide portfolio in ‘the eye of the storm’ says board – Edinburgh Worldwide (EWI) has posted its interim results for the six months to 30 April 2022. During the period, its net asset value per share decreased by 34.1%, compared to a fall of 6.8% from the S&P Global Smaller Companies Index. The trust’s […]

Edinburgh Worldwide (EWI) has announced its annual results for the year to 31 October 2021, during which it provided NAV and share price total returns of 18.3% and 11.1% respectively, both significantly behind its comparative index, the S&P Global Small Cap Index, which provided a total return of 35.9% (all in sterling terms). However, EWI’s […]

JPMorgan Elect (JPE) has released its annual results for the year ended 31 August 2020. The trust manages a number of different pools and shareholders have the option to switch between these periodically. Key highlights from the report are provided below, as well as the investment manager’s reports for all of the individual share classes. […]

Edinburgh Worldwide Investment Trust, managed by Douglas Brodie (pictured), has announced its annual results for the year ended 31 October 2015. During the year the company’s NAV by 10.0% and its share price by 13.8% beating its comparative index, the S&P Global Small Cap Index, which increased by 3.5% in sterling terms. The Company says […]

QD view – In defence of growth

Edinburgh Worldwide recently published its annual results – covering the 12-month period to 31 October 2022 – and the figures are not great. Over the period, the NAV fell by 40.3% and the share price by 46.0%. The fund benchmarks its performance against the S&P Global Small Cap Index and this returned -6.8% over the […]

In QuotedData’s morning briefing 24 January 2023: JPMorgan Global Income & Growth (JGGI) says its C share portfolio now has 77% commonality with its ordinary share portfolio. The C share portfolio contains holdings from JPMorgan Elect Managed Growth that the managers thought it might take some time to sell. The board decides when the time […]

Urban Logistics REIT has acquired five new assets for a total of £48m at a net initial yield of 6.0%. It has bought a portfolio of four assets for £39.5m at blended 6.1% net initial yield. All of the assets in the portfolio are immediately income producing but with short or medium term asset management […]

In QuotedData’s morning briefing 23 November 2022: Worldwide Healthcare (WWH) has announced its interim results for the six months ended 30 September 2022. During the period, WWH provided an NAV total return of 3.1%, modestly outperforming its benchmark, the MSCI World Healthcare Index, which returned 2.1% during the period. In absolute terms, net asset value […]

In QuotedData’s morning briefing 6 June 2022: Atrato Onsite Energy (ROOF) has posted its interim results for the period from its launch on 16 September 2021 to 31 March 2022. ROOF raised £150m at IPO in November 2021, and has since avoided 18 tonnes of CO2 equivalent. Installed operation capacity ended the period at 976kW  […]