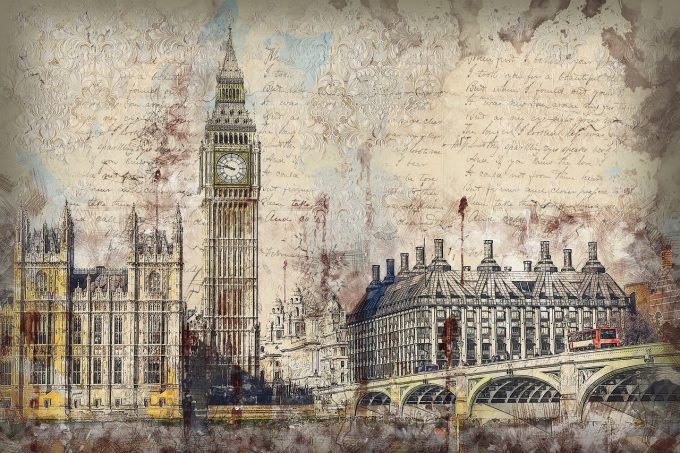 It was another good month for US assets, led by the dollar and equities. Sterling ended the month near post-referendum lows as the prospect of a ‘no deal Brexit’ loomed large, as Boris Johnson took over party leadership. It is also worth noting that government bond yields continue to fall.

Easy money to continue while inflation remains in check

John Pattullo and Jenna Barnard, managers of Henderson Diversified Income, believe that uncertainty is increasing in the outlook for default rates; the default environment has been benign since 2009. F&C Investment’s chairman, Simon Fraser, believes equity markets remain supported by reasonable valuations and fundamentals, with the more accommodative interest rate environment having a greater positive impact on company valuations than the increased risks that triggered the pivoting in rate policy. On the subject of how long the ‘easy money’ environment can continue, Ian Russell, chairman of Herald, says that from the perspective of a small cap technology fund, it will be until when tightness in the labour market feeds through to inflation.

Valuation gap with the US continues to grow

Gervais Williams and Martin Turner, managers of Miton UK Microcap, expect the major valuation gap between UK and US-listed companies, should narrow once the detail of Brexit is known. More takeovers of UK quoted companies would be expected too. Also, on the value theme, John Dodd and Kartik Kumar, managers of Artemis Alpha, continue to believe that the uncertainty created by Brexit has excessively suppressed valuations. The manager of Aberforth Smaller Companies view the ‘value’ style’s ongoing struggle as a function of financial conditions, specifically the extraordinary monetary policies deployed by many central banks. One means by which today’s style headwinds might turn to tailwinds would be for an improvement in the outlook for real economic growth. While acknowledging that the UK equity market is likely to remain volatile until greater certainty emerges in both Brexit negotiations and trade relations between the US and China, Henderson High Income’s chairman, Margaret Littlejohns, believes these circumstances also provide good opportunities to invest in financially sound companies for long-term investors looking for a high income stream.

Dan Whitestone, manager of BlackRock Throgmorton, also feels like the cycle has longer to run; he says that there are few signs that his team would expect to see at the beginning of a bear market or sustained period of GDP weakness, with low inflation and accommodative monetary policy provides support for equity markets.

Sam Cosh, manager of European Assets, says that while the efforts of central banks to support markets further (through 2019 so far) has led to a welcome recovery in asset prices, predictions cannot be made on exogenous events like Brexit or trade disputes, or on the direction of economic output, for that matter. Sam’s focus remains on selecting stocks with characteristics that give the fund the best opportunity to deliver good returns through the market cycle.

Michael O’Brien, manager of Fundsmith Emerging Equities, says that there has been a tendency for investors targeting emerging market exposure to allocate capital to exchange traded funds (ETFs). ETFs typically invest in proportion to the weighting a stock has in the index, and thus concentrate buying on the largest stocks, having a disproportionate impact on their share prices. While this has held back some of the return potential of active funds, Michael says that, put simply, in developing markets growing populations are getting richer. He discusses several visible trends the team see every time they meet companies, or more pertinently, observe on the ground when they visit countries in which those companies operate.

Elsewhere, Carlos Hardenberg, Greg Konieczny and Mark Mobius, managers of Mobius Investment Trust, say that the macroeconomic outlook for the upcoming quarters across emerging markets is positively impacted by the successful revival of growth in China and further supported by a more dovish tone by the US Federal Reserve. In view of the upcoming 70th anniversary of the founding of the People’s Republic of China in October, they assume ongoing constructive policy making by the national government. The managers go on to discuss themes around innovation, adding that they are seeing sweat shops turned into idea factories, producing a new level of competitiveness and reflecting a geographical shift from west to east. The tide of innovation is spilling over into the public sector too, where there is evidence that E-government is helping to address and improve tax collection while reducing corruption and leakage, leading to large scale debottlenecking overall.

Flat growth expected over the next year

Atlantis Japan Growth’s manager expects corporate earnings in the coming financial year to be, at best, flat year-on-year with particular weakness in the initial six months. It is thought that monetary policy will remain exceptionally loose with a rate hike not likely to be considered for another 12 months. Over the medium-term, the manager sees annualised economic growth being in the 0-1% range, with risks to this view including a lengthy, comprehensive trade war between China and the United States (combined, both account for 40% of Japan’s exports), tariffs and/or other hostile measures taken by the United States specifically against the Japanese automobile sector, a sudden JPY appreciation against the USD and increases in commodity prices.

The manager of  Ruffer Investment tells us that they have been actively reducing exposure to the US dollar in recent months. Given the pivot by the Federal Reserve, narrowing interest rate differentials and the uncertainty of trade wars, it appears to them less obvious that the dollar will function as a safe haven. They have maintained a larger weighting in the yen. Peter Hewitt, manager of BMO Managed Portfolio Growth, says that although Brexit and its eventual outcome has saturation coverage in the media and would affect UK markets in the near term, over the longer run it tends to be the outlook for the fundamentals of the economy and the prospects for corporate profits and dividends that dictate the direction of markets. He adds that in a global context the tension that exists between the US and China manifest in widespread tariffs imposed by the US on Chinese imports which clearly has the potential to reduce overall global activity levels, particularly so in the Asia Pacific region.

Elsewhere, Scott Wolle, manager of Invesco Perpetual Select Trust – Balanced Risk Allocation Share Portfolio, provides his take on how uncertainty is affecting corporates around the world; he says that a lack of trust in the stability of policy along with evidence of weakening economic activity across the globe may have a stifling impact on companies’ willingness to engage in capital expenditures until meaningful clarity returns.

Expect profound change given the challenges that need addressing, despite political polemics

Paul Major and Brett Darke, managers of BB Healthcare, say that If one looks past the polemics, society still has huge structural issues to overcome with respect to the provision of healthcare. We simply cannot afford to carry on as is, lacking both the financial resources to scale up the system in its current form and the human capital to enable such an endeavour. The only certainty then is profound change and this, as ever, is a significant opportunity for the long-term investor. This fundamental positive, allied to inexorably positive demographic changes, argues for a positive investment outlook well into the future.

We hear from Sequoia Economic Infrastructure Income, where the manager’s report tells us that lending to sectors that include transportation, utility, power, telecommunication and renewables, is more attractive than lending into availability-based PFI/PPP projects, which are often hotly contested among lenders and therefore offer lower yields.  Moreover, economic infrastructure projects usually have much more conservative capital structures than availability-based PFI/PPP projects, with equity cushions of typically 20-30% rather than 10%. We also hear from Gillian Nott OBE, chairman of Premier Global Infrastructure Trust – she tells us why the global infrastructure sector has been a popular investment destination over the first half of the year, and has been one of the main beneficiaries of the changed interest rate outlook. 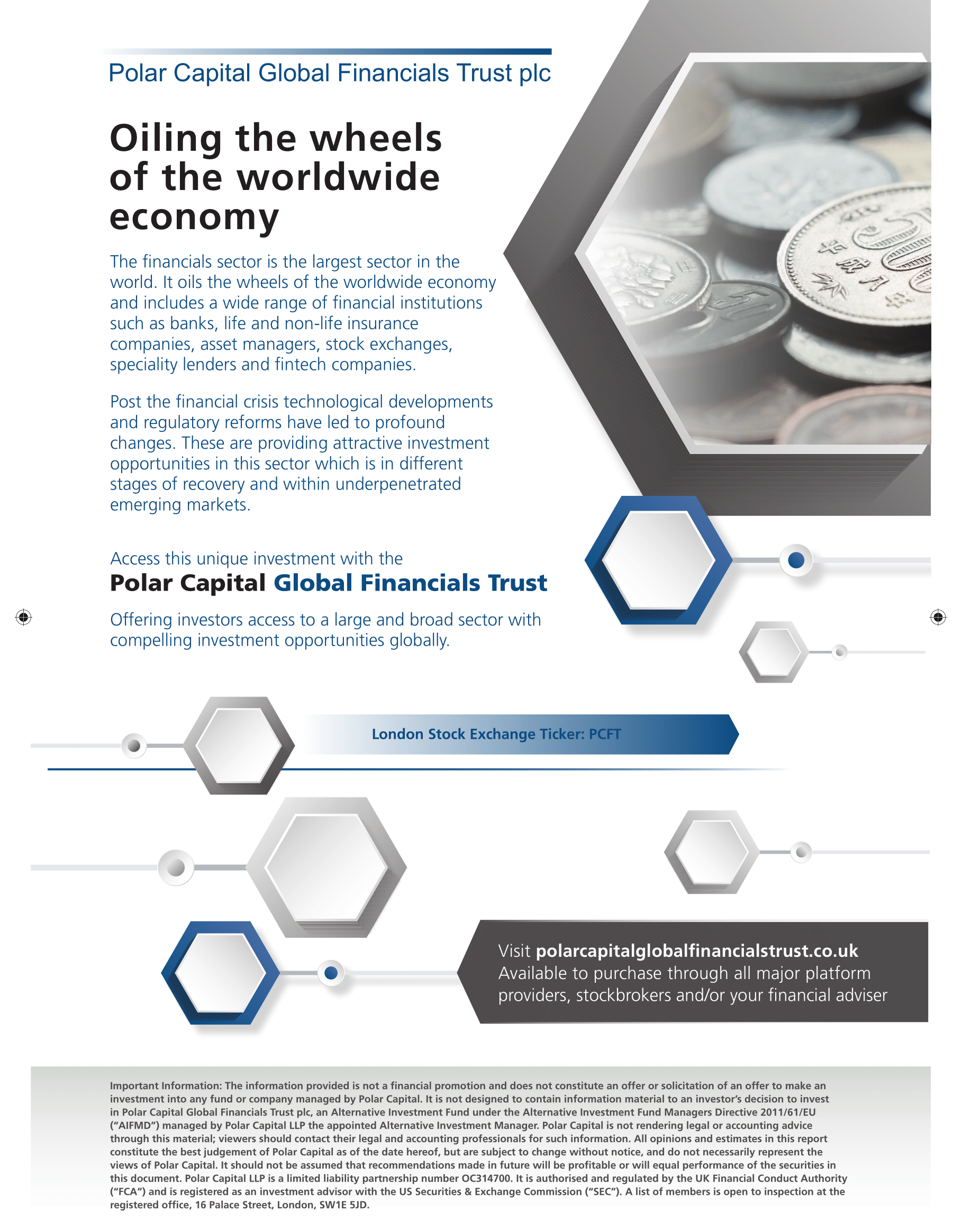 In this week’s show, James Carthew spoke to Andrew McHattie from Investment Trust Newsletter. If there is a guest speaker you’d particularly like to hear from, please email […]

December 2022 Monthly roundup  |  Investment companies Winners and losers in December 2022 The Financials sector only has two constituents, one of these – Trian Investors 1 – […]

Economic and Political Monthly Roundup Investment companies | Monthly | January 2023 A collation of recent insights on markets and economies taken from the comments made by chairs and investment managers of investment companies – have a read and make your own minds up. Please remember that nothing in this note is designed to encourage […]

Economic & Political Roundup Kindly sponsored by Allianz A collation of recent insights on markets and economies taken from the comments made by chairmen and investment managers of investment companies – have a read and make your own minds up. Please remember that nothing in this note is designed to encourage you to buy or sell […]