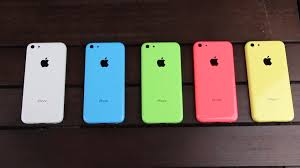 Interim results for the half year ended 31 October 2013. NAV rose by 12.6%, well ahead of the Dow Jones World Technology Index which returned 8.9% in sterling terms. The fund moved from trading at a discount to trading at a premium to NAV and so the share price return was 17.1% over the period. PCT’s outperformance came from its holdings in internet plays such as Amazon, Facebook, TripAdvisor and Yelp. Smaller stocks outperformed larger ones on average. Relative to the benchmark, not holding Nokia and being underweight in Apple (both of which did well) was unhelpful.

PCT’s manager thinks technology stocks look attractive as on aggregate they are trading at market multiples. They also say strong cash balances and more shareholder friendly measures being introduced by some companies could help the sector. they see forecasts of 2.8% growth in IT budgets for 2014 and 4% the year after as realistic.

Polar Capital Technology has published results for the year ended 30 April 2020. Over the period, the NAV total return was just ahead of that of the benchmark, […]

The State of Play Gaming has come a long way since the days when it was (unfairly, in our view) regarded as a niche form of entertainment for […]