Gabelli Merger Plus yet to shine 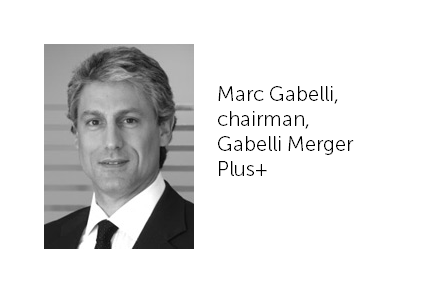 Gabelli Merger Plus yet to shine – The Gabelli Merger Plus+ Trust has published its first annual report, covering the period from its listing on 19 July 2017 to 30 June 2018. Over this period the fund generated a return on NAV of 2.78%, ahead of the return on 3-month treasury bills (which it uses as a comparator) but still relatively modest. The share price return was just 0.6%. This is set against a backdrop of record breaking volumes of takeover activity – which should have been beneficial.

Indices that are relevant to this area of the market also produced lacklustre returns. The MNA ETF delivered +0.1%, and merger arbitrage indices such as the S&P Merger Arbitrage Index, +1.5%, and the CS Merger Arbitrage Liquid Index, +2.3%.

Rising interest rates are a positive

The Federal Reserve raised the benchmark rate in both March and June, with two more rate hikes predicted for this calendar year. The risk free rate is one component of merger arbitrage spreads. As such, nominal spreads are positively correlated with interest rates. As rates rise, the manager expects the company will benefit as spreads widen.

Extract from the manager’s report – notable drivers of performance:

Sky plc has been the beneficiary, as has the Company, of a bidding war as consolidation in the media space has remained a major theme in 2018. Comcast is currently the high bidder at GBP14.75 per share. Sky has continued to trade through the terms as Twenty-First Century Fox, which was the previous high bidder at GBP14.00 per share for the 61% of Sky it does not already own, has until 22 September to beat Comcast’s offer. The transaction is subject to the tender of a majority of shares outstanding and regulatory approvals, and is expected to close in the third quarter of 2018. Sky has been a contributor to the Company since 2017, with the most significant positive performance in the second calendar year quarter of 2018.

Time Warner agreed to be acquired by AT&T in October 2016 for $107.50 in cash and shares of AT&T common stock. On 12 June 2018, U.S. District Court Judge Richard Leon issued his decision, which denied the Department of Justice’s request to block AT&T’s acquisition of Time Warner. Judge Leon put no conditions on the deal, and said the government failed to make its case that the merger would lead to higher prices for the consumer. The DOJ chose not to seek a stay preventing the merger from closing on appeal, and the deal was subsequently completed on 15 June 2018. After Time Warner withstood the government challenge, spreads on other outstanding vertical mergers firmed in response, including CVS’s acquisition of Aetna for $70 billion and Cigna’s acquisition of Express Scripts for $65 billion. Despite the ruling the DOJ appealed on 12 July, based on “Fundamental Economics and Common Sense”. While there remains a large burden on the Government to succeed, a positive result could mean AT&T unwinding the transaction. In either case, our investment crystallized and ceased at the time of the completed transaction. Our investment in the TWX/T spread was a contributor over the fiscal year of the Company.

In May 2016 Monsanto agreed to be acquired by Bayer AG for $128.00 per share in cash, or about $66 billion. Monsanto provides agricultural products for farmers, including a wide range of seeds with biologically engineered traits that help control insects and weeds. To achieve regulatory approval Bayer reached an agreement with the U.S. DOJ to divest assets. The deal closed on 7 June 2018 and was a top contributor in the first half.

In November 2017, Cavium agreed to be acquired by Marvell for $10.00 cash and 2.1757 shares of Marvell common stock per share of Cavium, or about $6 billion. On 28 June 2018, Marvell Technology announced it received Chinese regulatory approval from the State Administration for Market Regulation (SAMR), formerly MOFCOM, for its acquisition of Cavium. This was the final required regulatory clearance, and Marvell completed its acquisition on 6 July 2018, generating a positive return to the Company.

In April 2017, Akorn agreed to be acquired by Fresenius for $34.00 cash per share, or about $5 billion. Nearly one year later, Fresenius announced it would attempt to terminate the agreement to acquire Akorn on the basis that Akorn failed to fulfill several closing conditions, most notably a material breach of FDA data integrity requirements. Akorn immediately refuted these accusations and reiterated that nothing had been found in their investigation which would result in a material adverse effect on their business. Akorn has sued Fresenius in Delaware court and asked that Fresenius be required to fulfill its obligation under the merger agreement. A one week trial was completed in July and we expect a decision by the end of September. Both sides have indicated they may appeal, which may push a final resolution into next year. Akorn has resulted in being a significant detractor to performance in light of these events.

Sparton Corp. (SPA) is a provider of electromechanical devices serving the medical, aerospace and industrial industries based in Schaumburg, Illinois. On 7 July 2017, it agreed to be acquired by Ultra Electronics Holdings plc for $23.50 per share in cash, subject to regulatory approvals and shareholder acceptance of both companies the deal was expected to close in January of 2018 but was terminated on 5 March 2018 after it was known that the Department of Justice would be recommending to block the merger. This deal break resulted in a loss to the portfolio.

[QD comment: There are some funds that are quite complex and have many moving parts, yet set out to make relatively low but stable returns. GMP is one of these. A 2.8% return on NAV can be seen as good news if the alternative is the risk free rate but, as we have seen, even a small widening of the discount can wipe out returns to shareholders.]

GMP : Gabelli Merger Plus yet to shine

In QuotedData’s other news 24 October 2019 Gabelli Merger Plus reported a return of 3.7% on NAV but, after discount widening, a return to shareholders of -6.5% for […]