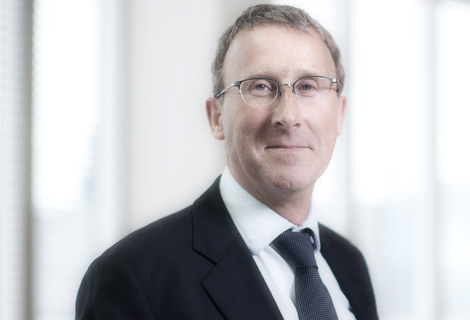 Henderson Eurotrust prepares for Tim Stevenson’s retirement – Henderson EuroTrust has published its results for the year ended 31 July 2018. The net asset value total return was 6.8% compared to a total return from the benchmark index, the Europe (ex UK) Index, of 5.8%. The dividend is being hiked by 22% – to 30.5p from 25p. The discount has narrowed from 8.2% to 3.3%. Looking forward, however, the manager is currently of the opinion that dividend growth is likely to be more muted.

Tim Stevenson has indicated his intention to retire during the course of 2019; by this time he will have managed the assets for 25 years, having been involved in the company since inception in 1992. The board is very pleased to announce that James (Jamie) Ross has been appointed as joint manager alongside Tim Stevenson, and will take over on Tim’s departure.

Jamie has supported Tim closely over the last two years. Jamie joined Janus Henderson in 2007, and has worked in the European team since 2009, including with Tim as joint manager for the Janus Henderson Horizon Pan European Equity Fund.

The board said it “recognises the strength of the Janus Henderson European equities team.” and it “came to the conclusion that Jamie brings a combination of investment experience, personal characteristics and a strong belief in seeking quality, growth and consistency, which makes him the right person for this role.” The chairman also points out that, today, Jamie is of a similar age to Tim when he became the manager in 1994.

Avoiding holdings in banks, which have generally performed very badly in Europe, helped the fund’s performance relative to the index. HNE did suffer from holding Crédit Agricole, ING and Nordea. Long term compounders such as Dassault Systèmes and Hermès feature among the top performers, along with other long term holdings such as Amadeus.

Koninklijke DSM, which has been (and continues to be) amongst the five largest positions, has been the single largest contributor as the market has recognised the extensive turnaround achieved. On the detractors to performance, they have sold Sodexo in the last year as the whole industry of outsourcing continues to be under intense pricing pressure. BIC, Publicis and Siemens have all been sold. It could be argued that all these companies face deep seated long term structural challenges, and Tim says that perhaps his mistake was not to have recognised this earlier.

On the minus side

Good first half for Henderson EuroTrust

Over the six months to 31 January 2016 the Henderson EuroTrust’s Net Asset Value (“NAV”) total return fell by 1.9%. This compares with a return on the benchmark […]

Henderson EuroTrust has announced results for the year ended 31 July 2015. The net asset value per share total return (including dividends reinvested and excluding transaction costs) was 13.9% […]