EP Global held back by US and banks exposure 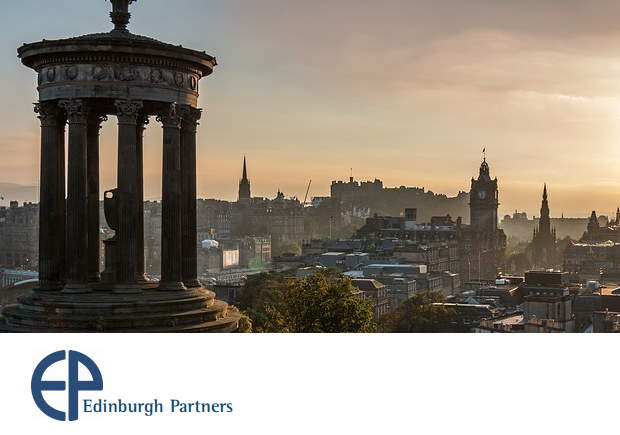 EP Global held back by US and banks exposure – EP Global reports that, for the year ended 31 December 2018, its NAV fell by 8.6%, adjusting that return for the 6.5p dividend declared for the year (a 5.5p normal dividend and a 1p special dividend) gives a total return on NAV of -7.1%. The discount narrowed a little and therefore the return to shareholders was -4.2%. The company compares these returns to the All-World Index, which returned -3.4% and the UK’s All-Share Index, which returned -9.5%.

The chairman said ” Our relatively low weighting in the USA held back performance in 2018, as did our significant investment in bank shares. However, we benefitted from the more defensive strategy of our investment manager including an increased investment in telecom shares. We also enjoyed an uplift from our holding in Edinburgh Partners which was taken over by Franklin Resources, Inc.”

The investment manager’s statement focuses more on the macroeconomic backdrop than the portfolio. The manager does discuss why he sold a few holdings: “In terms of sales over the year much of what was done was in response to share price appreciation, either through trimming positions or the outright sale of stocks such as Baidu, the Chinese-based internet search provider and Ubisoft Entertainment, the French based video game company. There were some holdings where our view on the prospects changed and a sale ensued as a consequence. The first of these was Celgene, the US based global biopharmaceutical company, where we became increasingly concerned that the company was unlikely to repeat its previous successful drug acquisitions and there was a high probability of dilutive/destructive use of free cash-flow. The shares were therefore sold. Subsequently the company was bid for, but at a price below where we had exited. The second share where our view changed was the Chinese car seat manufacturer Goodbaby International. We had owned these shares in anticipation of both revenue growth and margin improvement and there were signs that this was unfolding. Following a very sharp upwards move in the share price we began selling the shares. Subsequently the share price fell and we became increasingly concerned that the purchase by the company of retail assets owned by the Chairman might lie behind some softer trading numbers. In such cases caution is the order of the day and we sold our remaining holding.”

EPG : EP Global held back by US and banks exposure

In QuotedData’s morning briefing 4 April 2022: Following the announcement in October 2021 that it plans to become a self-managed trust, the board of EP Global Opportunities (EPG) […]

QuotedData’s weekly news show 29 October 2021 Thank you to everyone that listened in today, whether you watched the Zoom live, on Facebook or on YouTube. In this […]

In QuotedData’s morning briefing 29 October 2021: EP Global Opportunities (EPG) has announced further details of its tender offer, first announced earlier this week. The board has proposed […]

Regular readers of our research and news may have noticed that, at QuotedData, we are quite positive on India as an investment destination. While acknowledging that, as a sprawling democracy of some 1.4bn people and the world’s fifth largest economy, India inevitably has its challenges. Nonetheless, there is much to recommend it. In our view, […]

Despite 2021 not being the return to normality everyone had hoped for, it was an excellent year for equity investors with global equity markets (MSCI ACWI Index) returning 26.2% compared to 18.3% for UK equity markets (FTSE All-Share Index). Against this background, global financials and UK financials returned 26.2% and 13.7% respectively, led by a […]

JPMorgan Russian narrowly avoids need for tender – JPMorgan Russian Securities has published results for the 12-month period ended 31 October 2021. Over that period, the return on a net assets basis was +61.0%, and +65.8%, on a return to shareholder basis – good but underperforming the company’s benchmark by 9.3% and 4.5% respectively. The dividend […]

Allianz Technology hit by market rotation from growth to cyclical stocks – Allianz Technology (ATT) has posted its interim report for the six months to 30 June 2021. During the period, it achieved a 7% NAV increase though its share price was down by 0.8%. Meanwhile, the Dow Jones World Technology index was up 13.9%. […]

Aberdeen New Dawn turns performance around in ‘year of upheaval’ – Aberdeen New Dawn (ABD) has posted its annual results for the year to 30 April 2021, during which time it delivered a 48.3% share price total return and a 43.4% NAV total return. This was a significant turnaround on last year’s results which saw […]

Templeton Emerging Markets’s (TEM’s) annual results to 31 March 2021 saw it deliver a total NAV return of 54.5%, which was significantly ahead of the benchmark MSCI Emerging Markets index return of 42.8%. The return to shareholders over the year amounted to 59.5%. In addition to its strong exposure to China, which had such a strong 2020, […]

In QuotedData’s morning briefing 20 May 2021: Fidelity Asian Values has announced that Kate Bolsover has been appointed as a non-executive director and senior independent director of City Merchants High Income. JPMorgan China Growth & Income has issued a further 50,000 ordinary shares for cash at 836 pence per share under its ordinary share block listing […]

Financial inclusion and fintech in emerging and frontier markets

Covid-19 has driven financial inclusion and the evolution of fintech. Ross Teverson explains why well-managed emerging and frontier market banks stand to benefit. “Out of adversity comes opportunity” Benjamin Franklin’s famous saying has been used on more than one occasion to describe the way in which the Covid-19 pandemic has accelerated change over the past […]

We have just published a note on Aberdeen Emerging Markets Investment Company, following a meeting with its managers, and our guest on this week’s news show was Ross Teverson, manager of Jupiter Emerging & Frontier Income. This week’s QD view picks up on some of the themes that came out of our discussions. The first […]

India Capital Growth (IGC) has announced its annual results for the year ended 31 December 2020, during which it says that, in the second half of 2020, after the changes to the investment process and investment team came into effect, it benefitted from significantly improved performance. In 2020 as a whole, IGC’s NAV rose 10.4%, […]