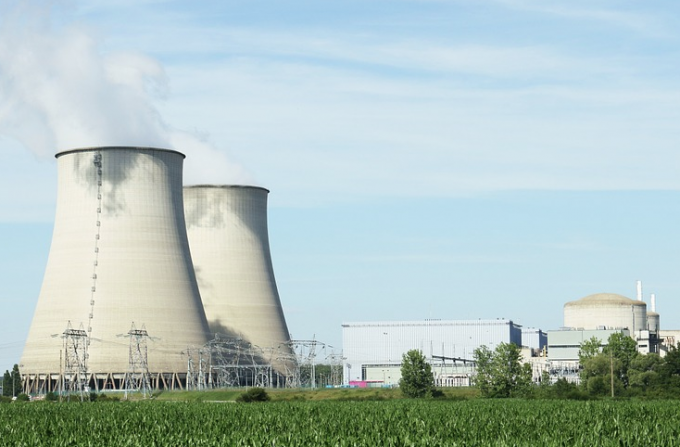 Yellow Cake closer to critical mass – Yellow Cake, the investor in physical uranium, has just announced that 12,000,000 new shares have been placed with existing and new institutional investors at a price of £2.15 per share. The company had been looking to raise $30m but had sufficient demand up to the issue size to £25.9m (approximately $33.9m). The placing price represents a discount of 4.0% to the NAV on 31 March 2019 and, therefore, will have been dilutive for existing shareholders. The shares have dropped this morning on the news.

Some of the directors subscribed for shares (39,086 in total).

Andre Liebenberg, Yellow Cake’s chief executive officer, commented: “We welcome the support from both our existing and new shareholders to enable us to increase the size of our fundraising, and consequentially to now purchase 1.175 mmlb of uranium at the firm price of US$25.88 per pound. The recent pullback in the uranium price has provided us with an excellent window to add to our uranium inventory at an attractive price. We are very confident in the long term fundamentals of the uranium market, where a combination of constrained supply, the run-off of long term contracts and growing demand outlook means we remain confident on the outlook for the uranium price.”

Reason for the placing

The reasons for the issue were described in the announcement of the placing yesterday (11 April) and we have reproduced an extract of that announcement below.

“The company believes that the current uranium price level represents a compelling buying opportunity, taking advantage of utility companies’ recent cautious approach to purchasing U(3) O(8) in the run-up to the determination of appropriate action under the US Department of Commerce’s current Section 232 investigation into uranium imports

Background to the placing

Yellow Cake is a specialist company operating in the uranium sector with a view to holding physical uranium for the long-term. In July 2018, the company completed its oversubscribed IPO and concluded the purchase of US$170 million of uranium (c. 8.1 mmlb) from Kazatomprom for US$21.01 per pound. Shortly following the IPO, the company purchased an additional c. US$8.2 million of uranium (350 klb) from Kazatomprom at a price of US$23.30 per pound, which was delivered to Yellow Cake on 23 August 2018, resulting in the company owning a total of approximately 8.4 mmlb of uranium at an average price of US$21.10 per pound. Since the company’s initial uranium purchases, the price of uranium has increased to US$25.88 per pound, a 23% increase in value from its average entry price and has traded as high as US$29.25 per pound, a 39% increase on the average entry price.

Yellow Cake was founded by Bacchus Capital on the fundamental premise that uranium, as a commodity, is structurally mispriced. Nuclear power remains a key, and growing, element of the global energy supply with 445 operable reactors globally, and 183 new reactors either under construction or planned. In an environment of increasing electrification amongst OECD countries, nuclear power remains the least expensive low-carbon power option (according to the NEA and the WNA), and can be considered a key source of baseload energy in most low-carbon future scenarios.

Despite the increase in the price of uranium during 2018, at a price of US$25.88 per pound the company estimates that around half of uranium producing operations were loss making in 2018 on a total cost basis. Due to the declining uranium price environment since 2011, the industry has seen increased supplier discipline and selected operations have been shut down, suspended or scaled back (such as Key Lake / McArthur River, Kazakh ISR production, Rabbit Lake, Kayelekera and Langer Heinrich). There have been limited new sources of production and analysts estimate that the incentive price for new production is at least US$50.00 per pound, well above the current spot price. Underinvestment in new uranium exploration and development has resulted in a production supply gap, which is currently being met by secondary sources and inventories, with supply deficits expected to arise in the future.

In the near-term, the uncertainty around the ongoing Section 232 investigation into uranium ore and product imports in the US has resulted in reluctance from utilities to enter into new uranium purchases. However, with the expected removal of uncertainty following the completion of the Section 232 investigation in the coming months, it is expected that utilities and other end users of uranium will need to re-enter the market, with a corresponding impact on the uranium price.”

[QuotedData’s recent note on Geiger Counter has a lot of background information on the uranium market which readers might be interested in.]

Yellowcake benefits from higher uranium price – Yellowcake has published results covering the year to the end of March 2019. Highlights are: Net asset value of USD2.93 (GBP2.25) […]

Geiger Counter publishes glowing report – Uranium prices in the spot market have rallied sharply and reached a level of US$27.5 at the end of September 2018, which equates […]