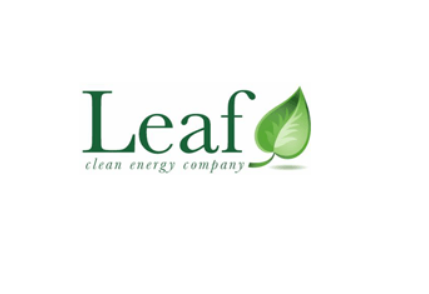 Chancery Court awards Leaf $114.5m in Invenergy case – On 3 May 2019, Leaf announced that the Delaware Supreme Court reversed the Court of Chancery’s prior award of $1 in nominal damages to Leaf as a result of Invenergy Renewables LLC’s breach of the parties’ limited liability company agreement. The Supreme Court held that Leaf was entitled to damages in the full amount of its contractually defined Target Multiple and, therefore, remanded the matter back to the Court of Chancery to enter judgment consistent with its decision.

On 14 June 2019, the Chancery Court entered its final order and judgement, ordering Invenergy to pay Leaf US$114.5 million, consisting of: a) the contractually defined US$126.1 million Target Multiple Invenergy should have paid Leaf on 15 December 2015 to redeem Leaf’s ownership interest in Invenergy, less b) the previously announced US$3.9 million tax distribution Invenergy made to Leaf in January 2016, less c) the previously announced US$36.4 million partial redemption payment Invenergy made to Leaf pursuant to the Chancery Court’s final order of 14 June 2018, plus d) $28.8 million of statutory pre- and post-judgement interest, within 10 calendar days of the order.  This amount will continue to accrue statutory interest from 3 May 2019 at a rate of 8.0%, compounded quarterly until the award has been paid by Invenergy.

Based on this, the board estimate the NAV to be US 191.99 cents (152.10 pence per share at the current exchange rate). However there is some ongoing uncertainty about how much tax Leaf might have to pay. The NAV does not take into account an estimate of the remaining costs to get the company to the point where the board would choose to place it into liquidation nor liquidation costs. The timing for this is uncertain as it is largely dependent on resolving tax matters, but the board hopes this is achieved by the end of 2019.

The Leaf Board will revert to the shareholders on the redemption process and timing when the amounts have been received from Invenergy.

Crystal Amber lays out case for its portfolio after bumper year

Crystal Amber lays out case for its portfolio after bumper year – Crystal Amber’s NAV increased by 32.9% over the year to the end of June 2017. They […]

Leaf wins first round against Invenergy

In December 2015, as previously announced, Leaf Clean Energy  filed a lawsuit in Delaware Court of Chancery against Invenergy Wind LLC alleging, in part, that Invenergy breached the […]

Leaf Clean Energy Company has given an update regarding the Company’s investment in Invenergy Wind LLC. As previously announced the Company and Invenergy have a disagreement on certain contractual […]

Leaf Clean Energy has announced that, on 22 December 2015, it filed a complaint against its investee, Invenergy Wind LLC (“Invenergy”), in the Delaware Court of Chancery in Delaware, […]