Amedeo Air Four Plus on the A380 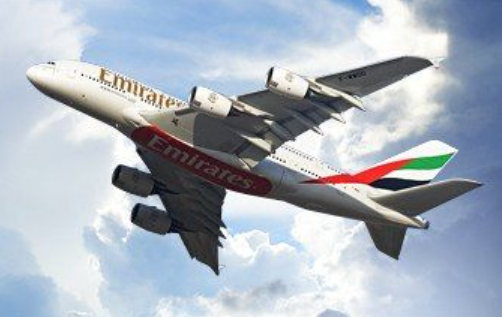 We note that in February 2019, it was announced that Airbus would stop producing A380 aircraft in 2021. With this in mind, we are publishing a large chunk of AA4 chairman Robin Hallam’s statement from the annual report,

“The key development during the period was the announcement on 14 February 2019 that Airbus will close production of the A380 in 2021. This development means that the total production run for the aircraft will be around 250 units, almost half of which will be operated by Emirates (with whom the company has six A380s on fixed-term leases). The A380 remains a unique double-decker aircraft in that it has the capability to carry over 500 passengers on two decks and this can help facilitate growth at slot-constrained airports around the world. The announcement by Airbus has no direct impact on the company’s leases nor its ability to pay targeted distributions. The company’s first lease expiry does not fall due until 2026. While the A380 forms approximately two-thirds of the group’s portfolio by appraised value, the portfolio is complemented and diversified by two additional aircraft models, namely the B777-300ER and A350-900. The company’s share price fell sharply on the day of the Airbus announcement, having demonstrated little volatility since launch in 2015 and currently resides at 91.25 pence at the time of writing.

With respect to new transactions the landscape remains much as I described in my statement accompanying the most recent half-yearly report. It is pleasing to consider that aircraft investment is gaining traction with investors as a more traditional asset class, but the challenge of securing high quality transactions that will maintain the company’s existing sterling denominated dividend target and double digit total return target mean the board has not been able to recommend any new transactions for shareholders to consider. Having discussed the recent pace of growth with shareholders and the company’s advisors I continue to believe that we should be patient and exercise discipline with regard to future growth. During the period each of our lessees has continued to meet its obligations and so dividends have been maintained at the targeted level.”

Amedeo in conversation with Emirates

Amedeo in conversation with Emirates – Amedeo Air Four Plus says that its manager, Amedeo Limited has received written confirmation that Emirates are seeking some form of financial accommodation […]

Amedeo Air Four Plus (AA4) noted that further to its announcement of 17 March 2020 (we covered this here), its board confirms that discussions are continuing between the company’s manager […]

Company update from Amedeo Air Four Plus (AA4): “Further to the announcement on 12 March 2020, the board notes the news that almost all airlines globally have been […]

Following on from the announcement on 18 February (which we covered here), Amedeo Air Four Plus (AA4) has announced that it has completed the sale of two A380-800 […]

In QuotedData’s other news 18 July 2019: The global growth fund, Brunner Investment Trust (BUT), reported half-year results to 31 May 2019 with NAV (with debt at fair value) […]