Diverse Income has a challenging year 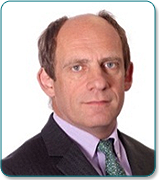 Diverse Income Trust’s annual results, for the year ended 31 May 2019, suggest it has been a challenging year for the trust. During the period, the trust’s NAV fell by 5.9% on a total return basis, while its share price fell by 13.6% in total return terms, reflecting a widening of the discount during the period. The company’s announcement says that, in comparison, small caps (excluding investment companies) fell by 7.1%, while Aim Stocks fell by 11.3%. Th manager’s statement highlights Chinese growth, Brexit and the outperformance of growth stocks as being the primary drivers of the trust’s underperformance (see extract’s below). The announcement also provides the following key highlights:

Extract’s from the investment manager’s review

DIVI’s announcement contains quite an extensive investment manager’s review. The following extract’s provide the manager’s comments on why the trust’s NAV fell during the year, as well as highlighting the performance of the main contributor’s to perfomance.

There are three reasons why the Company’s returns over the year to May 2019 were adverse:

Which were portfolio outliers over the year to May 2019?

As outlined above, in general this was a year when share prices tended to drift lower. Clearly, some portfolio holdings fell more abruptly than others and detracted from the Company’s NAV return. The most adverse detractor over the year to 31 May 2019 was Amino. Its share price halved over the year after it announced that some customers were slower to agree new contracts than originally anticipated. Alongside this, the company also decided to close its set top box business and become a software services operation exclusively. In spite of these costs, Amino’s strong balance sheet meant that it was able to commit to maintain its current  dividend in future. Stobart Group also disappointed as the company stepped up its capital investment in London Southend airport, funded by halving their dividend. Both of these holdings have been retained as it is anticipated that their additional investment will deliver enhanced returns in future. In contrast, Kier Group and McColls both announced adverse trading results and these holdings were both sold down over the year.

Although the year was marked by a good number of takeovers of portfolio holdings, as it happens, the greatest contributors to the Company’s return this year were principally regular holdings. After most of the profits had been taken on the remaining holding in Burford, two other litigation funding stocks came to market via IPOs. Even though they have only been in the portfolio since December, the share prices of Manolete and Litigation Finance appreciated rapidly. In addition, Diversified Gas & Oil made a series of acquisitions and these helped the company boost its dividend growth considerably, which led to significant share price appreciation. Finally, the exit premiums on the 11 holdings that agreed take-overs during the year meant these left on modest yields. The good news is that this capital can be reallocated to new holdings at a time when many UK quoted companies appear to stand on undemanding valuations given the current Brexit uncertainty.

Diverse Income approach pays off – the impact of COVID-19 hit many large dividend paying companies last year. By diversifying its portfolio across both large and small companies, […]

In QuotedData’s other news 2 August 2019 Capital and Regional has provided a trading update for the first half of 2019, ahead of its half-year results, which will […]

Wider discount mars an otherwise good year for ASCI – abrdn Smaller Companies Income (ASCI) had a good 2021, delivering an NAV return of 30.4%, well-ahead of the 21.9% return generated by the Numis Smaller Companies ex Investment Companies Index. Unfortunately, the discount widened from 10.3% to 15.3% and shareholders ended up with a return of […]

Twenty Four Income and UK Mortgages to merge – the boards of TwentyFour Income Fund and UK Mortgages have agreed the terms of a proposed merger of the two companies. The merger will be effected by way of a scheme of reconstruction of UK Mortgages, consisting of the winding-up of that fund, the transfer of […]

Diverse Income approach pays off – the impact of COVID-19 hit many large dividend paying companies last year. By diversifying its portfolio across both large and small companies, Diverse Income was able to emerge from this period with strong results. For the year ended 31 May 2021, Diverse Income Trust reports an NAV total return to […]

Another strong year of outperformance for BlackRock Greater Europe

BlackRock Greater Europe (BRGE) has announced its annual results for the year ended 31 August 2020, during which the company has provided a strong year of outperformance. According to BRGE, it provided an NAV total return of 16.9%, outperforming its reference index, the FTSE World Europe ex UK Index, which returned 0.7%, while its share […]

Invesco Income Growth (IVI) has announced its results for the year ended 31 March 2020, a year that its manager has described as being a volatile one for the trust: dominated by concerns over the outlook for global economic growth, Brexit negotiations and the UK General Election, which were overwhelmed in the final three months by […]

Seneca Global Income & Growth outperforms strongly Seneca Global Income & Growth Trust (SIGT) has announced its annual results for the year ended 30 April 2017. During the period, the trust provided an NAV total return of +19.6% and share price total return of +20.7%, both of which significantly outperformed its Libor+3% benchmark. The chairman’s […]

Aberdeen Emerging Markets (AEMC) has announced its annual results for the year ended 31 October 2020, during which fund selection contributed strongly to the outperformance during the year, allowing AEMC to provide NAV and share price total returns of 8.9% and 12.2% respectively. The chairman, Mark Hadsley-Chaplin, says that there were notable contributions from certain […]

Europe-focused BMO Private Equity (BPET) posted its year-end results this morning, covering the 12-month period to end-December 2019. An NAV total return of +10.6% was delivered, while the discount narrowed to (8.8%) on the back of a total market return of +23.6%. New investment highlights Eight new commitments to funds were made during the year, […]

In QuotedData’s other news 2 August 2019 Capital and Regional has provided a trading update for the first half of 2019, ahead of its half-year results, which will follow on 11 September. The company says that it is seeing continued evidence that its community strategy is working; strong leasing momentum with new lettings undertaken at […]