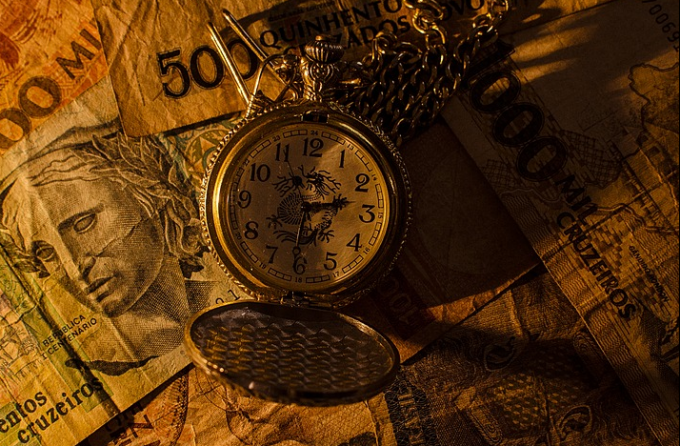 JPMorgan Brazil asks for more time – JPMorgan Brazil has just released its results for the year ended 30 April 2019 and, while at least the NAV move was positive, once again the trust lagged its benchmark. A continuation vote is planned for this year’s AGM. The board is asking shareholders for more time to prove the trust’s worth and take advantage of the changes underway in Brazil.

However, finally, things are improving. Since the end of April, the net asset value has risen by 21.0%, against an increase of 19.5% in the benchmark index. Helped along the way by a rise of 9.65% in the Brazilian currency against sterling at 31st July 2019.

The board see real prospect of reform to Brazil’s economy, notably around Social Security and taxation. They also note that Mercosul (Mercosur in Spanish) could make a trade agreement with the EU. They think this could be good news for the Brazilian economy and this is one reason why they think the life of the trust should be extended. Normally, the continuation votes are held every three years. They say they’ll hold an extra one in September 2020, so if things haven’t gone JPB’s way, investors can ask for their money back.

This board has been in place for the whole life of the trust. If the company is still going after the 2020 AGM, the chairman will step down and the rest of the board will retire by the 2021 AGM.

Why is Brazil’s stockmarket rising?

From the manager’s report: “Brazil’s presidential election at the end of October was the pivotal political event of the period under review, coming half-way through the company’s financial year and impacting both business sentiment and equity markets’ performance before and after. Trepidation in the run-up to the election was followed by euphoria and then, latterly, reality. The remarkable political rise of right-wing congressman Jair Bolsonaro of the Social Liberal Party resulted in his landmark victory over left-wing Fernando Haddad of the Workers’ Party, with Bolsonaro winning 55% of the vote in the process.

The first half of the company’s financial year – before the Bolsonaro victory – was a period of considerable volatility, with politics, inflation worries and market sentiment at home and abroad all weighing heavily on the country’s economic prospects. As well as a general increase in concerns over emerging markets, Brazil’s own economy was further burdened by election fears as well as by the much-publicised truckers’ strike, which brought the country to its knees; it triggered supply shortages, stalled production and a fall in household spending. Industrial production in Brazil plummeted by 10.9% in May 2018, one of the biggest monthly declines in recent decades. Both economic growth and inflation forecasts were revised downwards and expectations for company earnings were lowered. Away from Brazil, fears of slowing global growth and the ongoing tit-for-tat trade dispute between the United States and China created fears for the global economy and precipitated worsening market conditions around the world.
Brazilian markets stabilised in September when the clouds of uncertainty about the likely election outcome lifted.

Indeed, post-election, and as your company entered the second half of its financial year, there was an extremely positive market reaction to Bolsonaro’s victory which shielded Brazilian stocks from the global market sell-off in October. Markets rallied in comparison with other emerging markets, reflecting high hopes and investor confidence in the Bolsonaro government’s commitment towards fiscal and structural reform, particularly its highly anticipated plans for a major pensions system overhaul.

The reform plans are ambitious, requiring considerable political cooperation not yet in evidence. Getting the plans through Congress will be an uphill battle and a sense of realism has replaced the post-election euphoria. By April, equities were struggling as the pension reforms moved forward at a snail’s pace and economic data disappointed. The lack of discernible progress spooked investors and weakened both consumer confidence and economic activity.”

Why did the trust underperform?

The managers say underperformance largely resulted from the positive performance of some stocks that they have avoided because they consider them lower quality names, but which rallied on the back of broader market optimism. These stocks are not named in the report. [We have heard though from other managers that state-owned companies are doing better in the hope that there will be less corruption and these will be better run in future – we can’t comment on how realistic a prospect this is.]

[QD comment: Jair Bolsonaro, Brazil’s populist president, is less popular abroad and maybe for good reason. The seeming acceleration of the destruction of the Amazon rainforest, for example, is a crime against humanity as a whole and could stymie trade talks with Europe. In the short-term, Brazil has been a beneficiary of the US/China trade war, as the country fills the void created by China’s restrictions on US food imports. However, the country’s potential should be far greater than as a provider of minerals and agricultural commodities to the developed world. If it can raise the standard of living of its vast population, it could be one of the world’s largest economies. It makes sense that the investment company market should include at least one way of investing in that potential. What JPMorgan Brazil’s shareholders have to decide is whether it is the right vehicle for that. We think many investors would look at the 20% underperformance since launch and wonder why they don’t just buy an ETF instead, and who could blame them.]

JPMorgan Brazil loses continuation vote – last single country fund in Latin America will liquidate At JPMorgan Brazil’s AGM, which was held today, all of the resolutions put to […]