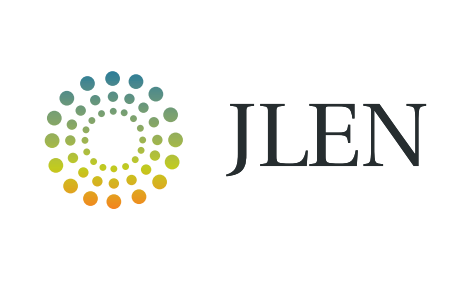 JLEN Environmental scope for further diversification – at 30 September 2019, JLEN Environmental’s NAV stood at 104.7p per share, unchanged from the value at the end of March. Within the portfolio, things seem to be on the right track but positive developments were offset by lower energy price forecasts. The dividend target has been met, with dividends totalling 3.33p declared for the period. These dividends were covered 1.1x.

The discount rate used to value JLEN’s UK wind farms has been lowered to reflect the demand for this type of asset. The statement says that they are also seeing a lot of interest in anaerobic digestion and will revisit the value of their plants at the next valuation date. They also point out that the Vulcan anaerobic digestion plant upgrade is nearing completion.

In terms of expanding the portfolio from here – the managers are looking at a range of technologies, they are also looking (with the aid of the wider team at Foresight) at the European market for renewables assets and at assets that are still under construction. The company has considerable headroom under its revolving credit facility to pursue acquisitions if it wishes.

Extract from the report

“Total generation for the period from JLEN’s diverse renewables portfolio was 375GWh, 0.1% above budget. Above–budget performance from the AD assets offset slightly below-budget generation from the wind portfolio. The solar portfolio was broadly on budget.

The AD portfolio is now the second largest producer of energy for the portfolio (40% by GWh energy generated) with the majority of these assets performing well during the period. All plants were around or ahead of their generation budgets with the exception of Biogas Meden, which experienced some downtime for periods of unplanned maintenance that should not reoccur. Generation figures do not include the Warren Energy AD plant that was acquired at the end of August. The Vulcan upgrade project to double the capacity of the plant has made good progress and commenced performance testing post the period end. This is a prime example of how JLEN can enhance its operations and grow NAV post acquisition. It is due to be completed later in 2019.

The wind portfolio (44% by GWh energy generated) experienced poor wind conditions in the first part of the period, with May in particular being a low wind speed month. The wind resource improved in the second quarter, leaving the wind portfolio 2.1% below budget. Availability was generally good across the portfolio, with the exception of the sites operated by the German turbine manufacturer Senvion, which entered insolvency proceedings during the period. This was anticipated by the Company and a provision was made at the start of the period for lower availability. Adjusting for these sites, generation would have been on budget. The Directors are pleased to see that a deal for Senvion’s O&M business seems to be progressing with Siemens Gamesa, and expect performance to improve in due course once that deal has completed.

The solar portfolio (15% by GWh energy generated) generated in line with budget on irradiation that was 3.4% higher during the period than the long-term average. The main detractor from performance was a planned grid outage at Shoals Hook in April and grid constraints in June and July for which a provision was made. Adjusting for this, generation would have been 1.3% above budget. The Branden sites also experienced various outages during the period, the majority of which are expected to be covered by insurance proceeds. The Investment Adviser continues to make improvements to the Branden site to improve its resilience. Performance for the rest of the portfolio was generally satisfactory.

The run-of-river hydro assets acquired during the period have a negligible impact on overall portfolio generation (<1% by GWh energy generated). Nevertheless, performance has been strong and we look forward to gaining more experience of the co–located battery storage system at the Yorkshire-based site that may offer a model for enhancing value on other grid–connected sites throughout the portfolio.

Both concession-based waste management projects have continued to perform in line with expectations. The ELWA waste management project has continued to meet its key contractual targets. The ELWA project relies in part on European off-takers for refuse–derived fuel and recent developments, including the prospect of Brexit, have put some pressure on this aspect. However, the project company is protected by the contractual structure and this remains the operator’s risk. The Tay wastewater project experienced low flows in the first part of the period, with high rainfall in more recent months reversing this trend.”