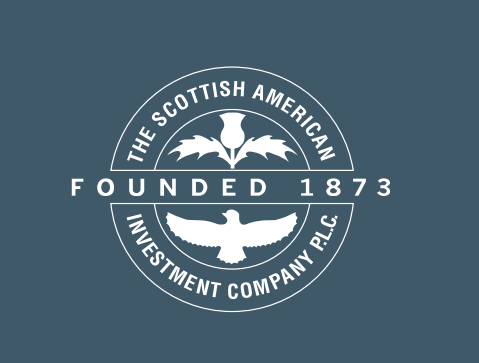 Scottish American extends good run – Over 2019, Scottish American (SAINTS) delivered a share price total return of 25.1% and a net asset value total return of 22.9%. A global equity benchmark delivered 22.3%. SAINTS’s returns are at the head of its peer group over the past five years. The dividend is being increased by 3.3% to 11.875p. Earnings more or less matched that. The good returns are attracting a fan base and the company was able to issue £26m worth of additional shares during the year.

SAINTS has expensive debt in the form of an 8% debenture that matures in 2022. The hit to the NAV from this fell slightly over the year but is still about £8m. This will dwindle to zero as the maturity date approaches. SAINTS has already secured new finance to replace this at an interest rate of just 3%.

“As we explained last year, the biggest driver of returns in any one year will typically be the equity portfolio, which is roughly equivalent to the Company’s NAV. During 2019 the equity portfolio returned 23.6%, which was ahead of broader equity markets (22.3%). The strong absolute performance in 2019 is at least partly the result of a rebound from the sell-off in markets at the end of 2018. Indeed, some of the strongest contributors to returns this year were names like TSMC, whose share price had been weak when markets panicked about the health of the global economy at the end of 2018. Over the course of 2019, TSMC’s management team became steadily more upbeat about the demand for their semiconductors, to the point that they committed to new investments in capacity that should extend their lead as the largest foundry in the world. The share price performed strongly as markets worried less about the short-term and refocused on the long-term.

We will comment below on some of the contributors to longer-term performance, but generally our bias towards capital-light businesses that have big growth opportunities ahead of them continued to be helpful. Growth in dividend income was 9.4%. In general, we were pleased with the rate of dividend increases, with notable dividend increases from Kering, B3 and United Overseas Bank. However, there were fewer one-off ‘special’ dividends paid in 2019 than last year.

During the course of the year we also sold some holdings which previously contributed to income, such as the utility company SSE, because we were concerned about their managers not striking the right balance between dividends and reinvestment. This sale was a drag on short-term income growth, but we think it will be helpful for SAINTS’ longer-term progression.

The property portfolio, managed by OLIM Ltd, produced a return of 7.1%, which was very strong in the context of the 1% return delivered by the IPD Index. This demonstrates that SAINTS’ portfolio is very different from the broader UK commercial property market. SAINTS has, for instance, no exposure to high-street retail or restaurants. This is a conscious choice by the manager, who has exited areas where there are significant worries around the health of tenants. Income grew by 3% to GBP5.3m, which was a return of 6.3% on the portfolio’s starting value. Income rather than capital growth therefore provided the bulk of the portfolio’s returns this year.

The small fixed income portfolio, which represents less than 3% of SAINTS’ assets, delivered a 15.7% return, and income of GBP0.7m. The income was lower than in 2019, largely due to changes in the make-up of the portfolio. Fixed income assets are not a natural fit for our goal of long-term income and capital growth ahead of inflation, but we can draw on an excellent pool of ideas from colleagues who are specialists in fixed income and sometimes these ideas do fit SAINTS’ goals, as the returns generated by the portfolio last year testify.”

SAINTS: The wonder of compound interest

Please remember that the value of investments and any income from them can fall and you may not get back the amount invested. Past performance is not a […]

Scottish American (SAIN)has announced its annual results for the year to 31 December 2020, during which it has outperformed global equities, driven by resilient operational performance of its […]

In QuotedData’s other news 13 February 2020 Chenavari Toro says just 3.4% of its shares in issue were tendered in it the latest offer. Holders of 10.6m shares worth €9.1m will be able to cash in their holding in full. Today, the company’s broker will try to find buyers for up to 8.3m of its treasury […]