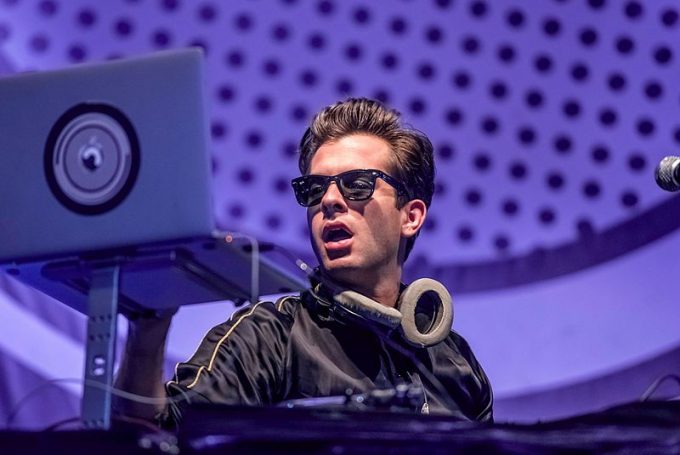 Mark Ronson has released five studio albums as a solo artist including the Number 1 and platinum certified ‘Uptown Special’, which included the global Number 1 single ‘Uptown Funk‘, as well as the Top 5 albums ‘Version’ ‘Record Collection’ and ‘Late Night Feelings’. ‘Uptown Funk‘ featuring Bruno Mars, released in 2014, reached Number 1 in 19 countries including the US, where it remained Number 1 on the Billboard Hot 100 for 14 consecutive weeks, and was awarded the Grammy Award for “Record of the Year” and “Best Pop Duo/Group Performance”. ‘Uptown Funk’ has been streamed over 1.1 billion times and is the sixth most viewed YouTube video of all-time having been viewed over 3.8 billion times.

Mark Ronson has also achieved critical and commercial success as a producer, most famously on Amy Winehouse’s legendary album ‘Back to Black’. ‘Back to Black’, which was awarded “Best Pop Vocal Album” at the 2008 Grammy Awards, is the UK’s second best-selling album of the 21st century with over 16 million copies sold worldwide and has been streamed 350 million times on Spotify alone.

In 2018, Silk City, a supergroup/duo comprising Mark Ronson and DJ Diplo, released the Grammy Award winning single ‘Electricity‘, featuring Dua Lipa, which has been certified platinum in four countries including the US and UK as well as being streamed 386 million times on Spotify.

Hipgnosis buys catalogue from Red One

Hipgnosis launches latest fundraise – On 12 June 2020, Hipgnosis Songs Fund Limited announced that its investment adviser was in active discussions on a pipeline of catalogues with an […]

In QuotedData’s morning briefing 12 June 2020, as the UK economy contracts by 20.4% in April: Hipgnosis Songs got permission from its shareholders to make greater use of borrowed […]

Hipgnosis (SONG) released a trading update, in lieu of full-year results to be announced in July. Highlights include: 42 Catalogues acquired for £560m taking the total Portfolio to […]

What’s Goin’ On with Hipgnosis? Hipgnosis Songs is trading at 105p, an 8.5% premium to its NAV according to Morningstar. Its main attraction is an income stream uncorrelated with […]

Hipgnosis Songs (SONG) has acquired the music catalogue of songwriters hall of fame and rock and roll hall of fame inductee Richie Sambora.  SONG describes Richie as a […]

Hipgnosis applies for for USD quote for its LSE listing

Hipgnosis Songs (SON) is contemplating a further equity raise under its to fund investments in line with its investment policy, with a view to delivering further value for […]