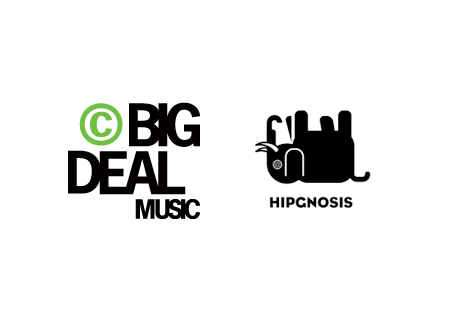 Hipgnosis buys Big Deal Music – Hipgnosis Songs Fund Limited has acquired the entire share capital of Big Deal Music Group. Big Deal Music is a boutique full-service song company which owns a portfolio of copyright interests in global hit songs including Shawn Mendes’ ‘Stitches’ and ‘Treat You Better’, One Direction’s ‘Story of My Life’, Panic at the Disco’s ‘High Hopes’, Niall Horan’s ‘Slow Hands’ and Thomas Rhett’s ‘Die a Happy Man’ all of which are multi-million sellers and amongst the most streamed songs of the last 5 years.

Big Deal Music has also created and acquired a catalogue of over 4,400 songs, written by over 160 songwriters, now producing predictable and reliable revenue. The catalogue includes songs achieving 5 Grammy Awards, 126 NMPA, BMI and ASCAP awards, and 27 Recording Industry Association of America (RIAA) Certifications. Highlights of the catalogue include:

The two companies had some interests in common. In particular, the acquisition consolidates Hipgnosis’ ownership over hit songs including Shawn Mendes’ ‘Stitches’, ‘Treat You Better’ and ‘Mercy’; Panic! At The Disco’s ‘High Hopes’, One Direction’s ‘Story of My Life’ as well as over 30 other songs performed by the group; and Niall Horan’s ‘Slow Hands’. By acquiring additional copyright interests in these songs, the company increases its control to successfully manage and promote the songs.

Big Deal Music has a highly experienced team of 35 employees who have worked together for the last eight years with a proven track record of identifying and developing new songwriters and artists as well as promoting and marketing songs. This team, led by CEO Kenny MacPherson, is expected to further enhance the investment adviser’s already established UK team.

The addition of in house US administration is expected to have the following benefits in due course:

The acquisition will also provide Hipgnosis with a song creation platform  – the board and adviser believe that this will deliver attractive returns for shareholders.

The acquisition includes ongoing joint ventures with The Big Family – with Julian Bunetta, John Ryan and Damon Bunetta; Nice Life – with Ricky Reed, Larry Wade and Brad Haering; Mad Decent – with Diplo and Kevin Kusatsu; and the And The Writer Is podcast – with Ross Golan, Joe London and Megahouse Music.

In connection with the acquisition, the company has made a non-material change to its investment policy to permit the advance of monies to songwriters in connection with the acquisition of, and secured against, rights to future songs written by such songwriter. The aggregate amount of such advances is limited to 5% gross assets, calculated at the date of making the relevant advance. No other changes are being made to the investment policy.

Hipgnosis (SONG) has announced the acquisition of the music catalogue of Jimmy Iovine, described as a legendary and highly influential record producer in the 70’s and 80’s and one of the most important record executives and music entrepreneurs of all time. Hipgnosis has acquired 100% of Jimmy Iovine’s catalogue of worldwide producer royalties comprising  259 […]

Hipgnosis Songs (SONG) has acquired a portfolio that as at 30 September 2020, comprises 42 catalogues from Kobalt Music Copyrights S.à.r.l. (an investment fund owned by family offices and institutional investors and advised by Kobalt Capital), for a total consideration of $322.9m. The announcement notes that the consideration, net of right to income, represents a blended […]

Hipgnosis Songs Fund has announced that it has acquired a music catalogue from Christopher “Tricky” Stewart, an American record producer, songwriter, music publisher and multiple Grammy winner. The Company has acquired a 100% interest in Tricky’s catalogue including has ASCAP (American Society of Composers, Authors and Publishers) income. Tricky Stewart’s Catalogue The catalogue comprises 121 […]