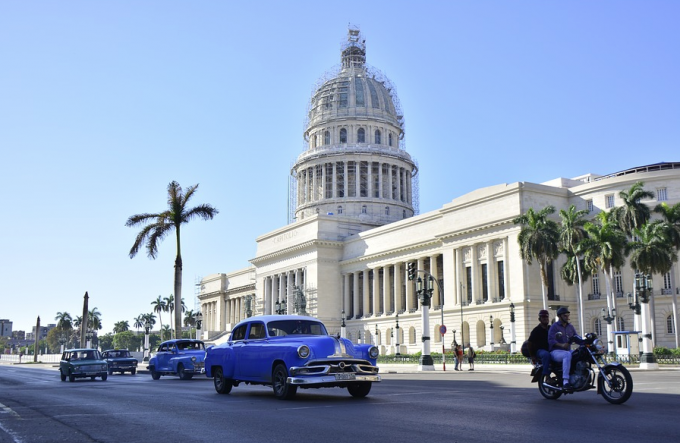 Ceiba looks forward with confidence – CEIBA Investments Limited has updated investors on trading, operations and investments, in particular with respect to its expected operational result over 2020, its investments in the mixed use multi-phase industrial park to be located in the Special Development Zone of Mariel, the construction of the 400 room beachfront hotel Meliá Trinidad Península, and the company’s plans to attract additional funding.

Comprehensive net income for 2020 (excluding changes in the fair value of the assets) is expected to be in the region of US$2.5m. This reflects both the excellent results of the Miramar Trade Centre office complex and the loss of income from CEIBA’s four hotels as a result of the Covid-19 pandemic.

Assuming that the US Cuban embargo legislation will ease during the upcoming Administration of US President-Elect Biden and that international tourism to Cuba will pick up as a result of vaccines and other measures to successfully control the Covid-19 pandemic, the future outlook of the company is considered to be positive.

In line with the binding framework agreement executed on 20 October 2020 with GBM Interinvest Technologies S.L., the company made its initial investment of €250,000, which will be used for the development of the mixed use multi-phase industrial park and in particular the groundworks that will be carried out on part of the 11.3 hectares plot in connection with the construction of the first phase of the project. The first phase of the industrial park is expected to become operational in 2022.

During the past months, the construction of the hotel Meliá Trinidad Península continued, but at a significantly reduced pace. The project has now surpassed the 60% completion level and structural works on all main and secondary buildings and swimming pools, as well as roof waterproofing and electrical fixings are close to complete. To date, the aggregate investment of the Cuban joint venture company in land rights and executed construction works is approximately US$42m.

Following a review carried out in November 2020 by International Hospitality Partners (www.ihp-group.com), which confirmed the quality, quantities and values of the certified construction works,  construction is now expected to be completed towards the end of the first half of 2022.

In order to finish the construction of the hotel Meliá Trinidad Península and fund the investment in GBM IT Mariel, the company is looking to attract between €15m and €20m in additional funding, either through the issuance of new ordinary shares at NAV, or by way of a loan, or convertible loan instrument convertible at NAV. The company says it has received preliminary indications of interest from investors in an unlisted 5 year convertible loan with an interest coupon of 10%. Investors who are potentially interested in investing in the convertible loan should contact the broker, N+1 Singer.

The resumption of hotel operations in combination with reduced capital commitments will likely enable the company to re-introduce the payment of dividends in 2022.

On 10 December 2020, the Cuban government adopted new important reforms and announced that on 1 January 2021 the long-awaited unification of its two currencies will start to be implemented. The most prominent measures that are included in new legislation that was published that day are to eliminate the Cuban convertible peso (CUC) that circulated alongside the Cuban peso for nearly three decades and to peg the Cuban peso to the United States Dollar at a fixed exchange rate of 24 to 1.

In parallel with the announced currency unification, the government has adopted a variety of new measures aimed at greatly reducing or eliminating subsidies to state-owned companies, which will be given a limited period of time to demonstrate their profitability or they will be closed. In a similar manner, the majority of subsidized services to individuals will also be eliminated, although public sector salaries will be raised significantly to lessen the impact on the population.

The company welcomes the unification of currencies and other monetary reforms that have been announced, which it views as necessary steps in the ongoing modernization of the Cuban economy and financial system. We are presently studying the impact of these measures on the operations and investments of the company. At present, the income and costs of the company are all in CUC and hard currency.