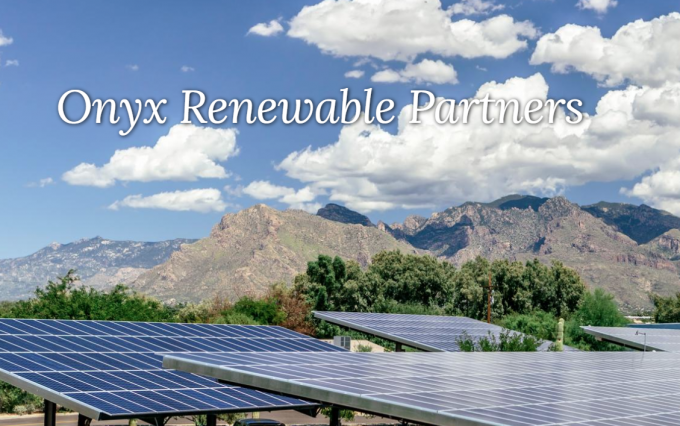 SDCL Energy achieves critical mass in US – SDCL Energy Efficiency Income Trust has agreed to acquire a series of portfolios of commercial and industrial on-site solar and energy storage projects in the United States, together with a 50% interest in the platform that has created them, Onyx Renewable Partners from funds managed by Blackstone for a consideration of approximately $150m. Blackstone will remain a 50% partner in Onyx.

The trust gets a 100% interest in four portfolios totalling over 175 MW, which provide renewable energy generated on-site directly to the end-user, and a 50% interest in Onyx’s follow-on pipeline, which is projected to exceed 500MW over the next 5 years. The four portfolios comprise over 200 operational, construction and development stage rooftop, carport and ‘private wire’ ground mounted solar PV projects, located in 18 US states. Clients include municipalities, universities, schools, hospitals, military housing providers, utilities and corporates.

The operational projects are contracted under long-term power purchase agreements with predominantly investment grade commercial and industrial counterparties. At present, about.27% of the portfolio (by installed MWs) are operational or near operational, with the remainder expected to become fully operational over the next 12 to 18 months. They say that all projects benefit from robust contracts as to construction and operations with experienced EPC (engineering, procurement and construction) and O&M (operations and maintenance) subcontractors.

Onyx has a project development and asset management team based in New York. It will develop and manage further commercial and industrial on-site solar and energy storage projects in the United States, and the trust will have a right of first refusal to purchase these at a pre-agreed rate of return.

Funding for the acquisition will be from existing cash reserves and debt facilities. Onyx’s existing project debt finance facilities, which are equivalent to about £27m at acquisition, will remain in place.

[This looks like an interesting deal for SDCL, especially given the ongoing pipeline of projects. Quite quickly, it will have a portfolio of operating US renewable energy projects to rival US Solar and Ecofin US Renewables, while additionally being diversified by geography and revenue type. We would expect it to come back for more money in the new year. We also note that within the new spending bill that was passed by US Congress this week, tax credits for new solar projects in the US have been maintained at 26% for a further two years (they were supposed to fall to 22%). In addition, the production tax credit for onshore wind has been extended by one year. This, even before Joe Biden enters the White House, bodes well for the sector in the US.]

The riot in the Capitol Building may be dominating headlines but hopefully the orange cloud over Washington may soon dissipate. Does that mean Nothin’ but blue skies from now […]

SDCL Energy Efficiency’s placing raised £105m at 100p per share against its target of £80m. Even with the expanded target, the issue was significantly oversubscribed. The announcement on […]