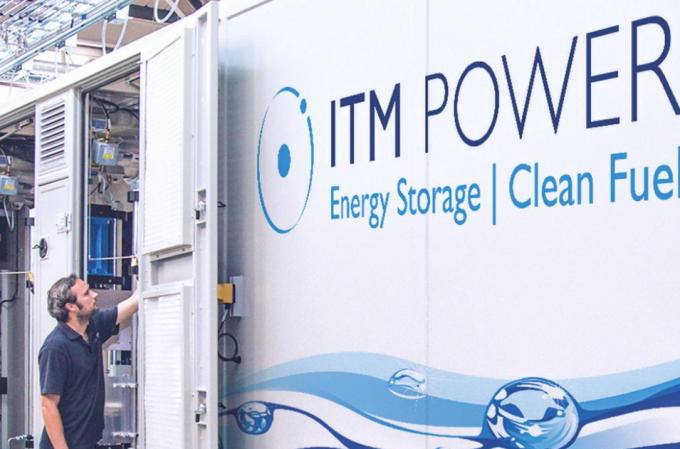 Herald reports impressive returns – Herald Investment Trust has published its annual report for the year ended 31 December 2020. Its NAV increased by 37% over the year. This compares to an increase of 4.9% for the Numis Smaller Companies plus AIM (ex. investment companies) Index – UK assets make up about half the portfolio – and an increase of 38.8% for the Russell 2000 (small cap) Technology Index (in sterling) – US assets account for a further 25%. The discount at year end was 1.8%, down from 11.3% at the end of 2019 and this helped deliver a return to shareholders of 51.7%.

In the UK, the star performer was ITM Power, which added £34.5m to the value of the portfolio over the year. In the US, it was  Five9, an investment originally made at an average price of $4.65 in 2015, which closed the year at a price of $174.0. It provides internet-based telephony for call centres and enables “contact centre” employees to work from home. In Europe, Nordic Semiconductor, a designer of low power Bluetooth semiconductors, and Esker, which provides software for electronic invoicing and procurement were the leading contributors to returns. Finally, in Asia, Kingdee International Software, a Hong Kong listed Chinese Enterprise Resource Planning provider, had a great year.

The manager tells the story of ITM Power in her report and we reproduce it here as it is illustrative of many of the things that make Herald different and have contributed to its success.

“ITM has been one of three hydrogen players in the portfolio, the other two being Ballard Power Systems and Hydrogenics in Canada. Sadly, the latter was acquired in 2019 by Cummins before the fashionable run in the subsector seen this year. ITM converts electricity into hydrogen, to provide storage of renewable energy. I do gulp at the valuation of ITM with a market capitalisation of £2.8bn, and minimal revenues, we have realised gains of £11m during the year. We did participate in funding rounds in 2012, 2014, 2016, 2017 and 2019 as well as one in 2020. In the 5 rounds prior to this year I invested in aggregate £4.0m at an average price of 30.1p, and a further £1.5m at 235p in September. The funding rounds in 2016 and 2017 were at 15p and 17p respectively when the company was friendless, and which were at a lower price than the 50p level in 2012. This is the nature of long-term early stage investing, but had we not invested the company would not have existed for the more recent gains. This provides an emphatic example of the long-term support and funding that we provide for early-stage companies. The concept which excites us is that the cost of wind and solar power is low, but insufficiently reliable in its generating output. If surplus renewable energy can be cost effectively stored it would be a huge breakthrough. Initially ITM’s aim was to generate hydrogen to fuel cars and buses, but a bigger market is to replace heating gas. The investment by Linde in the last round and joint venture for project management adds credibility to the management team with its ambitious target.” [For reference, ITM Power’s share price is 519p today.]

The manager notes the UK part of the portfolio has created more than £1bn of value since 1994, with annualised returns of 13.5% per year. This compares with an annualised return of 5.2% for the FTSE-100, 6.1% for the FTSE All-Share Index and 12.2% (in sterling) for NASDAQ. Nevertheless, the UK return has underperformed all the overseas regions in the portfolio over the last 5 years as the UK’s rerating has been more modest.

In QuotedData’s morning briefing 1 March 2021 – SDCL Energy Efficiency Income (SEIT) noted that further to its announcement on 24 December 2020, it has completed the acquisition of a […]

One of this week’s highlights was Herald’s (HRI’s) annual results for the year ended 31 December 2020. The performance numbers are impressive, a 37% return on NAV and […]

On Tuesday next week we will hold the third and final day of our ESG conference and the main focus will be on governance. The importance of this […]