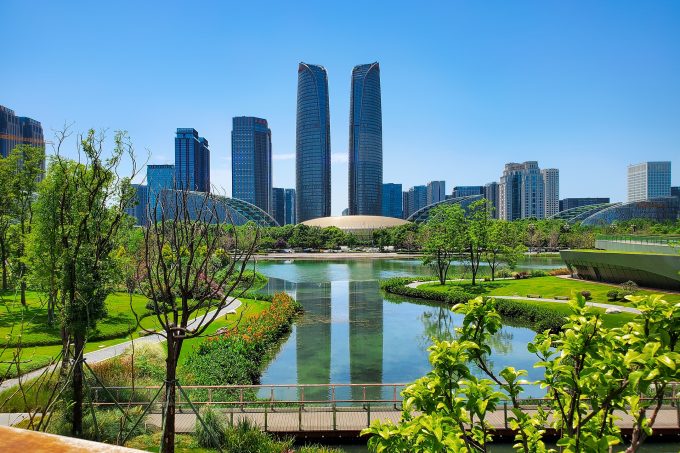 QD view – Resurgent emergence: What are the prospects for emerging markets funds as the global economy recovers from COVID-19?

The place to be

Quite a few commentators have been picking emerging markets as the place to be in 2021. Part of the argument is that many of them (particularly in parts of Asia) coped with COVID-19 relatively well. Even in the countries that were hard hit, the effect on government finances was not as severe as it has been in the developed world.

As vaccination programmes are rolled out and, hopefully, things start to return to normal, the global economy should start expanding again and many emerging markets will benefit from this. There are all the usual factors working in your favour too, such as younger populations and a growing middle class. There are even tentative signs that the emerging world is embracing the need for tackling climate change. This creates opportunities for a whole raft of new companies.

Over the past year, the best performing emerging markets trust, by some distance, has been JPMorgan Emerging Markets. Investors often tend to migrate to whichever funds are doing the best. Unsurprisingly perhaps, the trust with the best NAV returns has also moved from trading at a discount to trading on a small premium.

Not far behind it in NAV performance terms are two more stalwarts of the sector, Templeton Emerging Markets and Aberdeen Emerging Markets. These two trusts are trading at discounts of 10.2% and 13.6% respectively, there is scope for both to play catch up if their good run of performance is sustained.

JPMorgan Emerging has been managed for the past 27 years by Austin Forey. He follows a strategy of investing in quality growth companies, buying and holding companies for the long term. Recently, the trust has profited from exposure to some of the big Asian technology and consumer companies, such as Taiwan Semiconductor, Tencent and Alibaba. Other strongly performing stocks include MercadoLibre (a Latin American ebay) and Sea (an internet platform in southeast Asia, which has also been a big winner for Pacific Horizon).

We think that, for some time, investors were wary of Templeton Emerging because it went through a number of management changes in a relatively short space of time. For many years the trust was synonymous with Mark Mobius. He handed over the reins to Carlos Hardenberg in 2015 and then left Templeton early in 2018 to set up his own business. However, Carlos surprised investors by leaving to join Mobius shortly afterwards. They launched a competing fund, Mobius Investment Trust, that October. However, it hasn’t kept pace with Templeton Emerging. After Carlos, next up for the job was Chetan Sehgal. Chetan has considerable experience of investing in emerging markets, having worked for Franklin Templeton since 1995. He was joined by Andrew Ness as co-manager from September 2018.

Chetan sees opportunities in areas like the shift to ecommerce, the healthcare sector and entrepreneurial financial companies embracing technology to undercut established players.

Aberdeen Emerging is, on a look-through basis, invested in many of the same dynamic companies as the other two trusts. However, it has a different approach of investing through funds. It can add value by buying investment companies on discounts and trading out of these as they narrow. One of its standout winners in recent times has been its stake in Weiss Korea Opportunity. This was one of the best-performing of all investment companies over 2020. Aberdeen Emerging also has substantial stakes in a collection of China-focused funds. Its managers, Andrew Lister and Bernard Moody, correctly predicted that China would be one of the best places to be invested last year.

The Aberdeen Standard team think that the spat between China and the US that began under Trump may not be resolved under Biden. The upshot of this is that China knows it must become more self-reliant and it is aggressively improving its capabilities in areas such as semiconductors as a result.

Another observation they have is that the US dollar may weaken over the next few years, indeed there are already signs that this is happening. A weaker dollar tends to benefit emerging markets.

The Aberdeen Emerging trust has also taken meaningful exposure to frontier markets, an area that has been problematic in recent years, but which could recover sharply if investors’ money starts to flow back into these countries. There are a couple of other funds with sizeable exposures to this area – Jupiter Emerging & Frontier Income and BlackRock Frontiers – which should also benefit if this theory plays out in practice.

Emerging, and particularly frontier markets, are not for the faint hearted but could be set for a good run. I’ll leave you with a quote from Andrew Lister – “Today, we see a much smaller contraction in emerging economies’ GDP and, looking into 2021 and beyond, economists are forecasting more rapid growth for these countries. Non-China emerging markets should account for almost half of global growth within five years. By 2025, 80% of the world’s growth could be coming from emerging markets.”

Aberdeen Emerging Markets (AEMC) has announced its annual results for the year ended 31 October 2020, during which fund selection contributed strongly to the outperformance during the year, […]

Over BlackRock Frontiers’s (BRFI’s) year to 30 September 2020, its NAV returned -20.0% while the benchmark delivered -15.6%. Performance has been much better over the post reporting period, with […]

In QuotedData’s morning briefing 5 November 2020, as it looks as though Joe Biden is on his way to the White House: JPMorgan Emerging Markets reminds us that, if […]

JPMorgan Emerging Markets (JMG) has announced its annual results for the year ended 30 June 2020, during which it has provided a gentle outperformance of its benchmark (the […]

Aberdeen Emerging Markets has announced its interim results for the six months ended 30 April 2020, during which stock selection was positive, showing that the managers backed the […]