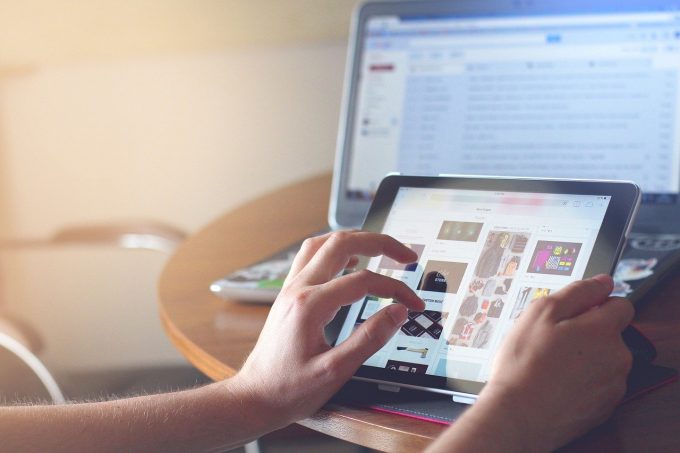 Allianz Technology (ATT) had an excellent year, with total NAV and share price returns of 76.1% and 80.3%, over its financial year-end to 31 December 2020. In a great year for technology overall, ATT shone, with its NAV return outperforming its benchmark, the Dow Jones world technology index, by 34.4%.

The top 10 holdings in ATT’s portfolio, at the financial year-end, were as follows:

We have provided extracts from ATT’s manager, Walter Price’s, review of the key themes of 2020.

“Mergers, acquisitions and new listings continued apace in 2020. The buoyancy of the cloud market galvanized deal activity, among software and hardware providers. The biggest deal of the year was Salesforce.com’s ambitious purchase of Slack for $27.7 billion. The group plans to make Slack the new interface for its Customer 360 platform. Slack is also an increasingly important feature for software as a service apps in areas such as conferences, tickets and project management.

Any sense that the technology IPO market was moderating proved misplaced. Snowflake, DoorDash and Airbnb all successfully launched multi-billion dollar IPOs. Snowflake’s stock jumped over 100% on its first day of trading. DoorDash benefited from a boom in online ordering, attracting a valuation of $71bn after doubling on its first day’s trading. In spite of the pandemic compromising its key activities, Airbnb still went public in 2020 with a valuation of $47bn.”

“This was the year the US government took firm action against Chinese companies operating in US markets. The administration spent much of the year trying to ban Chinese social media app TikTok but had not succeeded by the end of the year. It had better luck with Huawei, imposing sanctions on the Chinese telcos giant, denying it access to crucial semiconductors and threatening its international expansion plans. The UK reversed its previous decision to let UK networks use Huawai, while Sweden and Germany also imposed restrictions. It may be that a Biden administration tempers its antagonism towards China, but the Democrats have shown little sign of it to date.”

“The need to moderate content on social media took on a new urgency following the assault on Capitol Hill. It followed a year where social media had helped spread conspiracy theories about the virus and then the vaccine. The major social media providers recognized the need to get serious about content moderation and by the middle of the year, communications from the President himself were subject to censure. The debate on free speech continues to rage, but more regulation – either from within or above – now appears inevitable.”

“As we explore in the insight piece, the pandemic has had a profound effect on the way we live and work and many of these changes will not be reversed. Individuals have become well-versed in conducting everything from school lessons to work meetings to family gatherings via videoconferencing software. It’s even being used to conduct trials.

Streaming services took centre stage as people found themselves stuck at home. Adoption of Neflix, Apple TV, Disney+ and Amazon Prime accelerated, with shows attracting record audiences.13 Ecommerce was another major winner, with the pandemic speeding up the adoption by five years, according to IBM.

Some of these habits may reverse when the world returns to normal. However, it is doubtful that agile working will simply be abandoned as corporations recognize the productivity and cost benefits from the move away from offices. Habits such as online shopping and home delivery, once established, are often ‘sticky’. It seems unlikely that many of the changes wrought by the pandemic will reverse.”

“As with the broader market, the strongest and weakest performers could loosely be grouped into COVID beneficiaries and ‘other’, but there were exceptions.

Perhaps the most notable exception was Tesla, which made the strongest relative and absolute contribution to trust performance this year. It does not form part of our benchmark and rose an astonishing 717% over the year, fuelled by company specific data, its entry to the S&P 500 and news of unprecedented government investment into electric cars.

Tesla entered the S&P 500 in December, with more than $148bn – worth of shares traded on the day before it became the sixth-largest company in the index (after Apple, Microsoft, Amazon, Alphabet, and Facebook). The car maker delivered its fifth consecutive quarterly profit and beat market expectations on vehicle delivery.

Elsewhere, the security companies also had a strong year as increased adoption of cloud computing necessitated greater spending on security. Zscaler and CrowdStrike rose 316% and 312% respectively. These only form 0.1% of the index each, but were 2.3% and 3.2% of our portfolio, so contributed significantly to relative returns.

Predictably, Zoom was a significant contributor. The videoconferencing group saw its user-base explode as companies and individuals turned to remote working. Early problems with hackers were ironed out as the company made investments into security and privacy tools. Towards the end of the year, the group also managed to convert many of its free users to paying users. Its shares rose 380% over the year.

Payments group Square had another strong year, though this did not look assured in the early part of the year. When the market crashed in March, many investors thought much of Square’s small business user base could go out of business. The stock rallied in the second half of the year as the market became more optimistic on the back of vaccine developments. The company also benefited from an increase number of consumers using its Cash App to pay friends and family in a contactless way. We added to the group when the price fell in March and April. Again, Square sits outside the benchmark, so helped relative returns.

Amazon benefited from the move to e-commerce. Online shopping habits became more deeply ingrained during the long months of remote working and the group managed to accumulate more habitual users of its service. At the same time, Amazon Web Services (AWS) – its cloud solution – has also done well.

It is also worth noting that the high growth stocks benefited from a looser monetary policy environment. By pushing the risk-free rate lower, the value of these strong earnings increased. We saw many of these companies re-rate significantly over the year as well as delivering stronger earnings. This was a powerful driver for share price performance.

There were some weak spots. The companies that provide components for the traditional work environments have been hard hit, though fortunately we held relatively little exposure in the portfolio. The largest detractor from relative performance was the underweight position in Apple, which cost us 3.1% versus the benchmark. The company makes up a significant part of the benchmark, so we continue to believe that a underweight position is prudent in a diversified technology portfolio.

Relative to the benchmark, semiconductors didn’t do as well even if absolute performance was strong. For example, Micron is up 35% in calendar year, but in a strong year for technology, that leaves it lagging the benchmark. In general, the cyclical segments of technology have underperformed relative to the high growth areas. This changed marginally in November as positive vaccine news emerged, but high growth stocks remained resilient even in this changed environment. To our mind, this reflects the growing importance of technology in our daily lives, in the pandemic and beyond.”