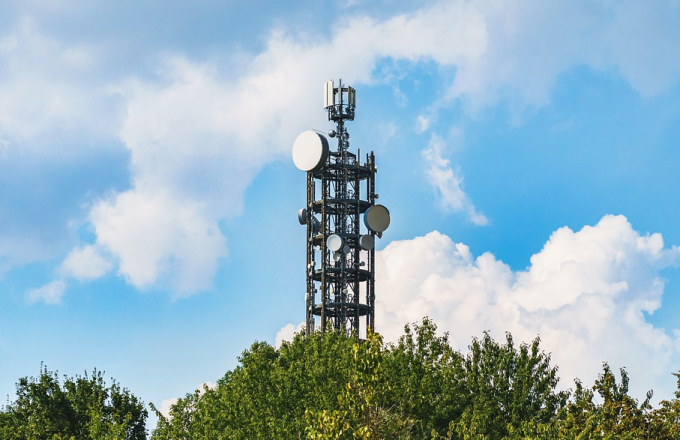 Following its £370m IPO in February, Cordiant Digital Infrastructure (CORD) has announced the deployment or commitment of substantially all of the net proceeds from its launch into digital infrastructure platforms in the Czech Republic and Norway, as well as an acceleration of the growth in targeted dividends.

CORD noted the following as key highlights in this morning’s announcement:

£318m of equity invested in Czech Republic and Norway-based assets

CORD has completed the acquisition of České Radiokomunikace (CRA) and entered into a legally binding letter of intent (subject to confirmatory technical due diligence and final transaction documentation) to acquire a Norwegian fibre network and certain land for data centre development for a combined total consideration of £451m, comprising £318m of equity and the assumption of an amount equal to £133m of debt. The acquisitions of CRA and the Norwegian assets provide CORD with a base of stable, cash-generative assets with long-term contracts in operational areas CORD says that its manager (Cordiant Capital) understands well. Moreover, each of the new platforms accords attractive opportunities for further, accretive capital investment.

Following the completion of the Norwegian acquisition, CORD will have uninvested proceeds from the IPO of approximately £43.4m.

CORD adds that its pipeline of advanced opportunities in North America, Scandinavia and other parts of Europe has increased in size and evolved in a positive direction since the IPO. It believes that its strategic approach and long-term investment thesis has been well received in the market; CORD consequently enjoys an available pool of high-quality opportunities in the various sub-sectors of digital infrastructure (both internally sourced transactions and those introduced through market counterparties).

CRA is a leading independent digital infrastructure platform in the Czech Republic; it also holds the national broadcast license. CORD  says it is a highly successful digital infrastructure platform with contracted, long term, growing revenues in a strong and dynamic Central European country demonstrating rapid convergence with the economies of the European Union’s historic core. The assets include a portfolio of digital broadcast towers that would be challenging to replace or replicate, a nationwide network of mobile towers, an optical backbone network, and a portfolio of strategically located data centres. The Czech Republic has a number of unique attributes supporting the long-term potential of the CRA business, including historically robust demand for broadcast entertainment in the Czech Republic to a population distributed in a manner well-suited to CRA’s network.

The announcement goes on to note that “Growth opportunities for CRA exist in supporting the mobile operators with infrastructure as well as in expanding the size and reach of the data centre platforms. There is significant potential to expand CRA’s early, successful, network offerings in the “Internet of Things”. The network already offers smart metering for water, electricity and gas for companies including E.ON and RWE.”

CORD has entered into a binding letter of intent to acquire an extensive fibre-optic network linking regions of Norway to Scandinavia and the population densities of the core of Europe beyond. Customers include telecommunications operators, industrial concerns and utilities who have signed long-term contracts and for whom the fibre connectivity is of critical importance. Approximately half of the network’s fibres have currently been leased, offering significant potential to increase revenues with existing and new customers (such as data centre operators). The region offers the least expensive, most environmentally friendly and abundant electrical power in Europe with attractive low operating costs for data centre operators. As such, CORD says that Scandinavia is expected to attract increasing investment in data centres and require augmented fibre optic capacity.

In addition, CORD has signed an agreement to invest in strategically-located Norwegian land parcels with substantial power availability. These offer significant development potential for data centre operators, thereby providing the Company with a potential base on which to grow a Nordic data platform.

CORD intends to pay a progressive dividend in future years and is targeting a further acceleration of the dividend timetable, previously announced at the time of the IPO, which envisioned a dividend of at least 4 pence per share in the fifth full financial year.

Steven Marshall, the chairman of Digital Infrastructure, Cordiant Capital. said: “We are delighted to have acquired these attractive digital infrastructure platforms. CRA is a national champion with an unrivalled portfolio of assets in a core European country. We are excited to be partnering with their strong management team, its employees, and other stakeholders in order to continue building CRA as a leading digital infrastructure platform serving the broadcast, telecommunications and data centre markets. “The Norwegian long-distance fibre-optic network is profitable and ideally located to support future growth in the digital infrastructure market in Scandinavia. We look forward to supporting further expansion and growth of this network with the existing management team.”

CORD: Cordiant Digital Infrastructure off to a strong start with bulk of £370m IPO proceeds deployed

In QuotedData’s morning briefing 2 August 2021: Cordiant Digital Infrastructure (CORD) has decided not to invest in one of the European data centre platforms previously identified in its pipeline […]

Cordiant Digital Infrastructure (CORD) is launching a placing of C shares to enable it to complete acquisitions from its pipeline of digital infrastructure investments, specifically certain transactions where due […]