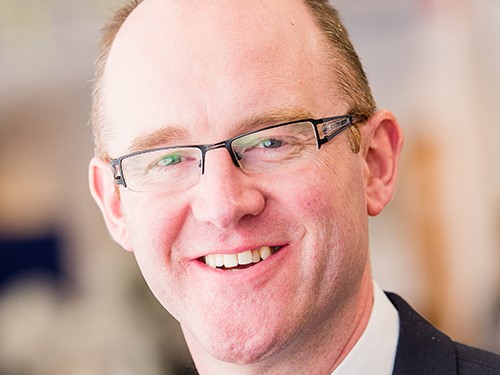 AIC appoints former Share Centre chief exec Richard Stone as new head following Sayers’ departure – The Association of Investment Companies (AIC) has appointed Richard Stone as its chief executive, effective from 13 September 2021. He replaces Ian Sayers, who will stay at the organisation for a brief handover period before stepping down in October.

Stone was chief executive of Share plc (The Share Centre platform) from 2014 to 2020 and was finance director from 2006 to 2013. During his tenure at Share, he positioned the company to deliver exceptional customer service, including digital transformation, for both direct retail clients and other partner investment firms. He also played a pivotal role in the flotation of the business on AIM in 2008, and oversaw the significant growth of the business prior to its sale to interactive investor in July 2020.

Elisabeth Scott, chair of the AIC, said: “On behalf of the board, I am delighted that Richard has accepted this position. He brings a strong track record of leadership and business growth in the financial services sector. The board believes that Richard is well placed to build on the many successes achieved by the AIC under Ian’s tenure. Ian leaves with our grateful thanks and good wishes for the future.”

Richard Stone added: “It is a real privilege to be taking on the role of steering the AIC, continuing the great work the Association does to protect and promote the interests of its members and their shareholders. I’d like to thank Ian for all his efforts in the last 20 years as technical director and then chief executive.

“The AIC works hard on behalf of its members and I look forward to continuing that work, for example on issues such as the government’s proposed audit reforms and the ability, post Brexit, for the UK to reform the prospectus requirements. At all times I believe regulation and any regulatory change should be proportionate and whilst protecting investors should look to enhance UK competitiveness.

“Investment companies have a key role to play in enabling all investors to access a wide range of investments, including unquoted opportunities, in areas such as infrastructure and emerging biotech and green technologies. Investment companies have been delivering for investors for over 150 years and today the industry continues to be a vibrant and growing one which has a lot to commend it to all types of investors, who can benefit from the corporate structure to engage with their investments, including through voting and attending AGMs.

“In my time at Share I saw first-hand the difference investment companies can make to investors’ portfolios and I look forward to working with all the team at the AIC in continuing to take that message to a wider audience.”

Sayers was chief executive of the AIC for more than a decade, where he campaigned for the abolition of commission on investment products which led to the Retail Distribution Review. He also spearheaded proposals for “reliable redemption” to avoid problems that arise when daily-traded open-ended funds invest in illiquid assets, following the collapse of Woodford Equity Income last year and issues surrounding the open-ended property sector in 2016, which saw almost all property funds forced to suspend trading.