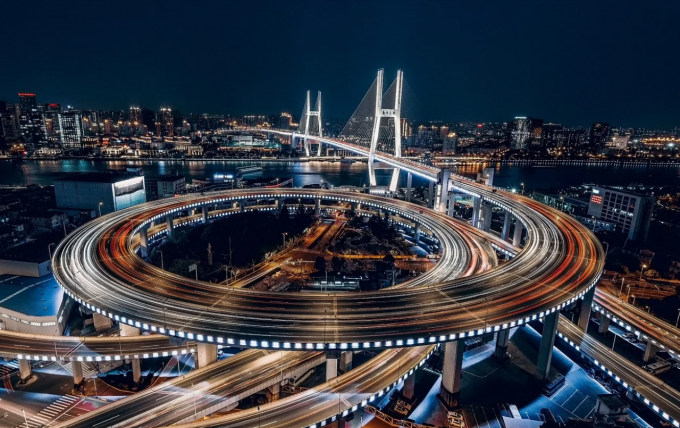 Only a month ago, I was enthusing about funds investing in unquoted Chinese stocks. I finished up though by saying “If I had to pick a reason why the boom in interest in Chinese stocks might lose momentum, it’s politics.” As I discuss below, that prediction came to pass just days later. However, one management group is shrugging off the negative headlines and pushing ahead with the launch of a new fund dedicated to the Chinese market.

Back in March 2015, I started to wonder whether the investment companies sector wasn’t missing a trick in not launching a dedicated Asian technology trust. Pacific Horizon had committed over half of its portfolio to technology stocks and Fidelity China had just made a decent profit from Alibaba’s IPO. Or, if a tech trust was too much of a stretch, why not launch another Chinese trust to compete with JPMorgan Chinese (as it was then – now JPMorgan China Growth and Income) and Fidelity China Special Situations.

At the time, China’s GDP growth was slowing but still way ahead of developed markets and concerns about soaring property prices and excessive debt were dissipating. Xi Jinping was a couple of years into his role as President. A clampdown on corruption, signalling an openness to foreign investment and reasonably good relations with President Obama were all encouraging signs. On top of this, Chinese stocks were obviously cheap.

Chinese stocks climbed a wall of worry over the next few years, shrugging off renewed debt concerns and a tariff war initiated by President Trump. However, investors’ fortunes seemed to be as much driven by decisions of index compilers as the actions of politicians.

The MSCI China Index used to contain just those shares that were accessible to foreign investors. That was shares listed in Hong Kong; shares listed in Shanghai and Shenzen but traded in foreign currencies and eligible to be held by non-Chinese investors; and shares in Chinese companies traded on other, notably US markets.

In 2017, MSCI created waves by saying that it would include some exposure to China’s domestic ‘A’ shares within its indices. At first, the indices were allocated exposure to just 5% of the market cap of the A share market. In 2019, this was increased to 20%. This had two effects, first money flooded into domestic Chinese equities, driving share prices up and second, the proportion of the emerging markets index accounted for by China soared to the point where many investors started to use China as a proxy for emerging markets generally.

However, for a long period no new China trust was launched. That changed in September 2020 when Baillie Gifford was awarded the mandate for what had been Witan Pacific, and then became Baillie Gifford China Growth.

Now, it looks like we are getting a fourth China trust. Following the proposed merger of Aberdeen Emerging and Aberdeen New Thai, the combined entity hopes to shift to investing directly in Chinese equities. It would hold between 30 and 60 stocks and around 60% would be invested in A shares.

Investors in each trust get the chance of an exit via tender offers for up to 15% of the funds at a 2% discount. Even if both tenders are taken up in full, the new trust will start life with assets in excess of £375m, placing it ahead of Baillie Gifford China Growth in the size rankings. The China sector would still have half the number of funds dedicated to North America but would be almost the same size.

Cracks in the China story?

The only fly in the ointment is that, since mid-February 2021, the existing Chinese funds have been under pressure. The sell-off in growth stocks has affected these funds but this has been compounded by China’s seeming deliberate undermining of its tech sector.

The warning signs go back to 2018, when the government restricted the sale of video games on the grounds that they were damaging the eyesight of the country’s youth. Tencent’s shares slid by about a quarter over the year. The move took investors by surprise but concerns eased as the restrictions were lifted although a curfew on online gaming was imposed in 2019.

In November 2020, Alibaba was sideswiped when last minute regulatory interference meant the IPO of its Ant Financial business was pulled. The regulators have since imposed rules requiring lenders to put up more of their own capital when making loans but, at the time, some saw it as retribution for a speech that Alibaba’s then CEO Jack Ma had made that was critical of the country’s banking sector.

Investors got over that disappointment and backed the US IPO of ride-hailing company Didi Chuxing in June only to see a regulatory investigation launched just days later and its app pulled from app stores. DiDi’s shares dived on the news. Full Truck Alliance, which also got a mention in my last Chinese QD view and IPO’d shortly afterwards, is also restricted from signing up new users pending an investigation. Tencent was hit again when its music division was targeted on antitrust grounds (it had secured exclusive rights to stream some music, that was deemed anticompetitive).

Their woes are nothing, though, when compared to those of China’s listed education companies whose market caps have been crushed by an announcement that the education sector should be not-for-profit.
Perhaps the most worrying statement that accompanied that was a questioning of the variable interest entity (VIE) structure which is used by many Chinese companies listed in the US to get around restrictions on foreign ownership of their shares. If those structures were illegal, foreign investors’ holdings in giants such as Alibaba could be worthless.

The Chinese securities regulator has tried to ease concerns since, but investors are still nervous. One conclusion I draw is that you are likely to be better off investing in A shares than US-listed Chinese shares. Each of the trusts focused on China has that ability.

What is the Chinese government up to? It almost looks like it is deliberately undermining some of China’s greatest success stories. There must be a risk that it entrenches a China discount into valuations to reflect the additional political risk associated with investing in the country. That could raise the cost of capital for these companies and put them at a disadvantage compared to foreign competitors.

The Chinese government might argue that the actions taken against Ant Financial, Tencent, DiDi and the education sector are designed to make life better for the average Chinese person regardless of the effect that has on the wealth of a narrower slice of the population.

The suspicion here though is that, even if that is true, the communist party and Xi Jinping are using this as an excuse to squash potential rivals. Jack Ma’s disappearance around the time that the Ant Financial IPO was pulled generated lots of stories to that effect. It should also discourage Chinese companies from listing overseas to the benefit of domestic securities markets.

JPMorgan China Growth & Income (JCGI) has published its annual results for the year ended 30 September 2022. During the period, JCGI provided an NAV total return of […]

Fidelity China Special Situations reports that, over the year ended 31 March 2022, its benchmark index, the MSCI China Index, fell by 29.3%, giving up all of the […]

Aberdeen Emerging Markets (AEMC) and Aberdeen New Thai (ANW) have announced a comprehensive set of proposals that, in the case of AEMC will see it change its investment policy from one of investing in emerging markets on a fund of funds basis to investing directly in the equities of Chinese companies, a merger between the […]