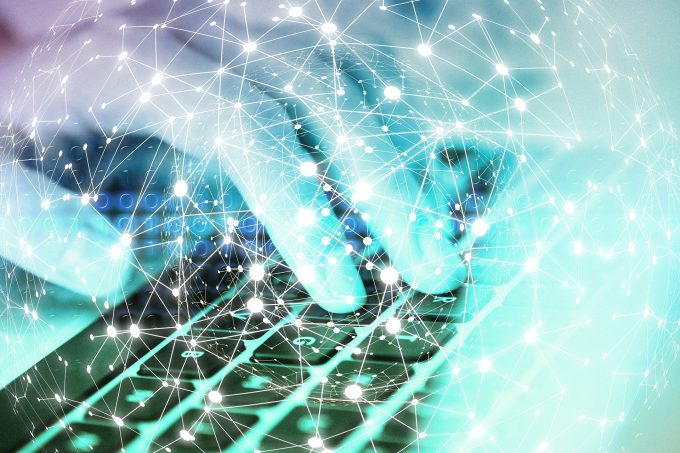 Cordiant Digital Infrastructure invests last of C share proceeds and announces new placing – The board of Cordiant Digital Infrastructure (CORD) has announced that, following the full allocation of available capital to the acquisitions of Emitel and the assets of DataGryd Datacenters (described below), the net proceeds of the C share issue undertaken in June 2021 have been fully committed and, accordingly, the C shares will be converted into ordinary shares.

In addition, the board is pleased to be in a position to enhance its dividend guidance for the financial year commencing 1 April 2022, increasing it to 4p per ordinary share, and to announce a proposed placing of new ordinary shares under its placing programme.

Steven Marshall, chair of Digital Infrastructure at Cordiant Capital Inc. said: “I am delighted that we have been able to secure these great assets to complement our investment in CRA. With completion of these acquisitions, the company will achieve full investment into a trio of desirable digital platforms at attractive pricing, which, on a pro forma basis have circa £95m of estimated underlying high quality 2021 EBITDA, establishing a robust platform for growth and accelerating planned delivery of a 4 pence dividend years ahead of the schedule announced at the time of the IPO.”

Shonaid Jemmett-Page, chairman of the Company, added: “These are transformative developments for Cordiant Digital Infrastructure. The board is delighted, on the back of the acquisitions, to be in a position to authorise both Conversion of the C Shares and an increase in dividend guidance. The announced placing of ordinary shares will assist in financing our exciting Emitel acquisition and also enable the Company to continue to pursue its active pipeline of opportunities in North America and Western Europe alongside expansion opportunities within existing investments.“

CRA is a leading independent digital infrastructure platform in the Czech Republic and holds the national broadcast license. The assets include a portfolio of digital broadcast towers that would be challenging to replace or replicate, a nationwide network of mobile towers, an optical backbone network, and a portfolio of strategically located data centres. Growth opportunities for CRA exist in supporting the mobile operators with infrastructure as well as in expanding the size and reach of the data centre platforms. There is also significant potential to expand CRA’s early, successful, network offerings in the “Internet of Things”, which already offers smart metering for water, electricity and gas for companies including E.ON and RWE.

Since the acquisition of CRA in May 2021, the investment manager says it has been delighted with the performance of the business both operationally and financially. CRA has significantly extended its contract with the government for the PPDR network, signed a new 10 year contract to provide radio infrastructure to Czech Radio and secured new contracts for smart metering services and a prominent ‘smart city’ contract (with significant ESG benefits) to provide networked sensors to monitor the entry of polluting vehicles into Prague.

DataGryd currently occupies c. 170,000 sq ft (c. 120,000 sq ft of high-quality raised floor data centre space and over 50,000 sq ft of additional support space) of the 60 Hudson building in the Tribeca neighbourhood of New York City. This landmark art deco skyscraper is one of the most concentrated hubs of internet connectivity available for use by third parties within New York City; over 300 carriers and internet firms interconnect in this location. The location has strategic value within New York City, which functions as a digital crossroads for the most critical corporate, government, entertainment and education data traversing the Internet. The various underlying customers of interconnect data centres, in buildings such as 60 Hudson, tend to be large and sophisticated organisations such as global banks, major media and internet firms, content delivery networks, large software-as-a-service companies and major wireless and wireline telecoms operators.

The new platform, formed from the assets of DataGryd, will benefit from an option over an additional c. 120,000 sq ft of raised floor data centre space. The acquisition is subject to landlord’s lender consent.

Emitel is the sole national provider of digital terrestrial television (DTT), the leading radio broadcast emissions provider and a leading provider of network neutral towers and fibre infrastructure in Poland. The company benefits from long-term contracts, averaging 10 years, with blue chip customers and escalation clauses, for the provision of broadcast, radio and telecom towers and for an IoT (internet of things) network. The company has a substantial physical footprint of digital distribution assets (521 towers, 432 fibre optic links and owned lines, 1,475 last mile ISP (internet service provider) services, distributed antenna systems, only the second-ever stadium DAS system in Europe and a nationwide IoT network) creating a platform for growth in a country that has one of the highest data consumption growth rates in Europe. The company and the investment manager see substantial opportunity to further invest in the expansion of the broadcast network, mobile towers, IoT and edge data facilities.

Emitel has secured a 5 star rating from GRESB, a group providing environmental, social and governance ratings. The acquisition is subject to regulatory and governmental approvals and financing confirmations at the Emitel level, and has been structured to include backstop vendor financing (issuing shares to the seller in exchange for the asset) of up to around £200m. However, Cordiant hopes to raise cash, by issuing shares via the placing, and use that to pay for the asset instead.

[In the world of investment companies, a portfolio with just three investments might be deemed risky. This portfolio concentration is one reason why the company is listed on the specialist funds segment of the London Stock Exchange. In this case, as described above, each of the investments represents a number of assets and a number of end customers, which helps diversify the risk somewhat. We’d like to see more diversification still, however. It helps then that Cordiant has plenty of ambition to expand.]

The calculation date for the conversion of the C shares will be 4 January 2022 (the date on which the legally binding agreement for the acquisition of Emitel was entered into). Accordingly, conversion will be made by reference to the respective net asset values of the C share pool and the ordinary share pool as at close of business on 4 January. Dealings in the new shares should start on 20 January 2022.

Subject to completion of the acquisitions and supported by the strong cash flow generation of the portfolio assets, the company intends to pay a dividend of 4p per ordinary share in respect of its second financial year commencing 1 April 2022, three years earlier than planned. The company intends to operate a progressive dividend policy in future years.

Cordiant has entered into a binding agreement to acquire the assets of DataGryd for a consideration of $74m and signed a binding agreement for the acquisition of Emitel for an equity consideration of £352m. The DataGryd acquisition will be fully funded from available cash. The Emitel acquisition will be funded from the remaining cash plus backstop vendor financing of up to c.£200m, which as described above the company intends to substitute, in whole or in part with net proceeds from the placing.

In addition, the manager has a pipeline of further investment opportunities with an aggregate value in excess of €2bn, including several data centre platforms in North America and two tower and fibre-oriented platforms in Western Europe, alongside organic expansion opportunities within the existing portfolio.

The placing price will be 106p. This represents a discount of 6.6% to the closing price of 113.5p on 4 January 2022 and a premium of 4.3% to the last published unaudited cum-dividend net asset value of 101.6p as at 30 September 2021 (premium of 5.9% to ex-dividend NAV at that date). Investors who participate in the placing will be entitled to all dividends declared following the commencement of dealings in the new shares including the dividend for the period ending 31 March 2022, expected to be 1.5p.

Steven Marshall, chairman of Digital Infrastructure at the investment manager, intends to subscribe for at least £1m worth of shares. [However, the issue won’t be made available to retail investors.]

Trading in the new shares should start at 8.00am on Thursday, 27 January 2022, although this date might change.

The placing is not underwritten and may be scaled back by the company for any reason. Details of the number of shares to be issued will be announced as soon as practicable after the close of the placing.

Cordiant Digital Infrastructure has updated investors on its acquisition of Emitel, operational performance of CRA, sales progress at DataGryd, and an update on its pipeline. Emitel Emitel is […]