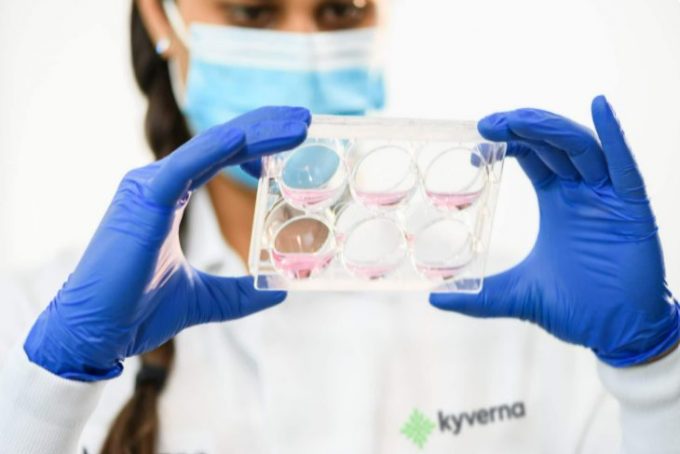 RTW Venture Fund has announced that it participated in an $85m Series B funding round for Kyverna Therapeutics, Inc. on 26 January. RTW invested alongside other investment vehicles of RTW Investments, LP (the investment manager) as well as other investors.

Kyverna is a privately held cell therapy company engineering a new class of therapies for serious autoimmune and inflammatory diseases.

The Kyverna therapeutic platform combines advanced T-cell engineering and synthetic biology technologies to suppress or eliminate the autoreactive immune cells at the origin of autoimmune and inflammatory diseases. In addition to developing next-generation chimeric antigen receptor T-cell (CAR-T) therapies in both autologous and allogeneic settings, Kyverna is creating synReg T cells, a synthetic version of Regulatory T cells (Tregs), powerful natural immune cells that control the balance of the immune system through multiple immunosuppressive mechanisms. By offering more than one mechanism for taming autoimmunity, Kyverna is positioned to transform how autoimmune diseases are treated.

Proceeds from the financing will be used to advance its lead asset, KYV-101, an autologous version of a novel clinical-stage anti-CD19 chimeric antigen receptor T-cell (CAR-T) construct with properties uniquely suited for use in B cell-driven autoimmune diseases such as lupus nephritis, systemic sclerosis, and inflammatory myopathies. Kyverna has obtained exclusive, worldwide licenses from the National Institutes of Health (NIH) to use this novel CD19 construct in both autologous and allogeneic CAR-T-cell therapies. Kyverna intends to advance KYV-101 into clinical development for autoimmune diseases in the first half of 2022.

Consistent with a recently announced licensing and collaboration agreement between Kyverna and Intellia Therapeutics, the financing proceeds will also be used to support the development of KYV-201, an investigational candidate .

Proceeds from the financing will also support the continued development of Kyverna’s synReg T-cell platform, engineering a synthetic version of Regulatory T cells (Tregs) by reprogramming T cells into CAR-Treg cells. Kyverna has established a strategic collaboration and license agreement with Gilead to develop engineered T-cell therapies for the treatment of autoimmune diseases based on Kyverna’s synReg T-cell platform and synNotch technology from Kite, a Gilead Company.

RTW was a co-lead in a $149m Series B financing round for Apogee Therapeutics, LLC, a biotechnology company focused on immunological and inflammatory disorders. RTW Venture participated in […]

In QuotedData’s morning briefing 20 July 2022: The Renewables Infrastructure Group (TRIG) has exchanged contracts to acquire a further 2.4% equity interest in the Hornsea One offshore wind […]

In QuotedData’s morning briefing 28 January 2022: Fondul Proprietatea (Ticker: FP.) has announced that the buyback programme that was approved by shareholders at the EGM on 5 December 2021 will start on 31 January 2022. The programme can repurchase up to 800m shares and lasts until 31 December 2022. All repurchased shares are to be […]

In QuotedData’s morning briefing 27 January 2022: ICG Enterprise Trust (ICGT) is investing in Brooks Automation alongside funds advised by Thomas H. Lee Partners. The trust has an investment in THL Fund IX and will have exposure to the deal that way, but it will also make a direct investment in Brook Automation. Altogether – […]