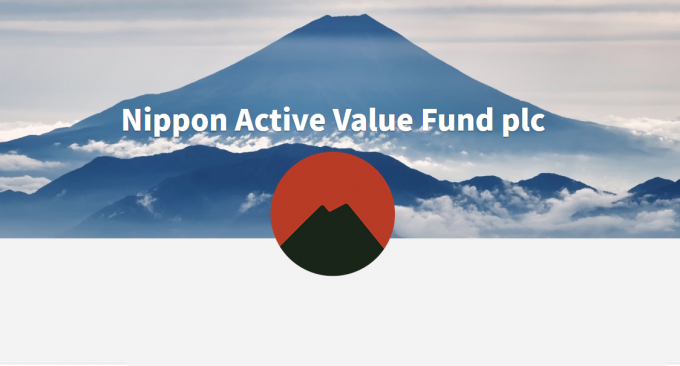 2021 was a great year for Nippon Active Value. It generated a total return on net assets of 22.3%, well ahead of the -1.4% return posted by the MSCI Japan Small Cap Index. A narrower discount meant that shareholders got a return of 26.8%. There is a dividend of 1.95p – up from 0.85p – but the board reminds investors that the company doesn’t target income generation as part of its remit.

The chair notes that “There were a significant number of mergers and acquisitions and shareholder resolutions in 2021 from both domestic and foreign investors. In September SBI, a Japanese financial services group, bid for Shinsei Bank, the first hostile takeover of a major bank. The central government, one of Shinsei’s major shareholders, declined to support the bank’s defensive measures and the bid was successfully concluded in December 2021.

The Corporate Governance Code was revised in June 2021 and Japanese listed companies are now required to disclose more transparent information concerning board diversity, ESG and measures to protect shareholder rights. Notably, proposals requesting improved shareholder returns rose from 13% of total resolutions in 2020 to 22% in 2021.

The first stage of the reorganisation of the Tokyo Stock Exchange has begun. Although there is an extended transition period before companies that fail to meet the new listing criteria are excluded from the new Prime Market, our Advisors expect that the possibility of an eventual demotion from the more prestigious market segment will encourage target companies to support recommendations designed to increase their market capitalisation and returns to all stakeholders.”

The manager’s (RSM) commentary is focused on the future rather than the drivers of return over the period. Here is an extract.

Intage was part of the original suite of stocks that the Company invested in from February 2020. We first met the management team on Zoom in June 2020 (the same month in which Earle was incorporated on the 29 June) and found them more ‘switched-on’ than many of our other companies. In our first letter to Intage, we suggested the concept of a management buyout (“MBO”), amongst other ideas, in order to align the Company and shareholders’ economic interests more closely. We sent this in March 2021 when the investor group of NAVF and Earle together held 6.47% of the Company’s outstanding shares. The response was the anticipated very polite: ‘Thank you for your suggestion–it is very interesting but no, we do not want to do an MBO’. At the time the share price was around yen 1300.

In late June 2021, we asked Intage to agree to sign a non-disclosure agreement (“NDA”) with us to preserve mutual confidentiality. This allowed us to send another MBO proposal, this time with a price attached. They wanted various changes to the terms and, in negotiating these, we inserted the right to unilaterally withdraw. The agreement finally was signed in mid-July 2021. On 19th July 2021, with the share price at Y1550, we sent our proposal that the Company undertake an MBO at Yen 1750. The investor group owned 7.56% of the Company’s common stock at this point. The response was unaltered, causing us to exercise our right to withdraw from the NDA on 23rd August 2021. By then, Michael 1925 LLC had joined the investor group.

Despite some of our specific misgivings, Intage is a well-run company, and this, plus a 2.5% share buy-back (as recommended by RSM, albeit we would have preferred it to be bigger), propelled the share price last Autumn to a high point of Yen 2057 on 1st November 2021. We considered exiting and taking the profit at this point, but the trading volumes in Intage were too thin to have allowed us to make an appreciable dent in our overall investor group position. A combination of lacklustre forward guidance and very difficult markets (which still prevail at the time of writing in late January 2022), allowed the stock price to decline to a low point on 3rd January 2022 of yen 1603. We decided to pursue more direct tactics. On 18th January 2022 the investor group disclosed in a new filing in Tokyo that our total holding in Intage has now reached 4,112,000 shares or 10.17% of the outstanding, making us the Company’s largest shareholder. We prepared a new MBO proposal letter, and, in another (slightly less cordial!) Zoom meeting with the Company, warned them that if they did not engage with our suggested process within a week (they did not), we would make it public and publish it on the Company’s website, as well as issuing a press release on the London Stock Exchange’s news feed via RNS and to all the principal financial newswires. This we did on Thursday 27th January 2022.

·    RSM wrote to the new President & CEO Mr Koroyasu on 25th October 2021 recommending our usual menu of strategies the company might adopt to increase economic alignment with that of shareholders, including encouraging consideration of an MBO

·    An analysis of their shareholder register is underway

·    RSM wrote to the Chairman and President, Mr Koike, on 17th December 2021 to provide advanced warning that we would be submitting proposals to the forthcoming AGM and to recommend consideration of an MBO (especially as Company will not have PRIME listing after TSE re-organisation)

·    Our proposals were formally submitted on 14th January 2022 for the March AGM: they related to increased provision of restricted stock and larger buy-backs

·    We held a friendly Zoom meeting with senior management – they insisted STANDARD listing status was the Board’s choice and asked questions about our MBO proposal: they had never considered this path in the past and asked whether we are long-term investors

·    RSM wrote to Chairman and CEO Mr Suzuki on 14th December 2021 to congratulate company on achieving PRIME listing status, to advocate the granting of more restricted stock and the sale of cross shareholdings, and to advise them we would be making proposals to their forthcoming AGM

·    We did not push for a MBO, as we have discussed this with company previously and both sides understand each other’s position

·    We held a friendly Zoom meeting on 11th January 2022, in which the company discussed policies re dividend target, buy-backs, cross-shareholdings and new directors

·    On 14th January 2022, we formally submitted proposals for the March AGM relating to increased provision of restricted stock and larger buy-backs and the appointment of RSM’s President as new external director

·    This is the poorest performer in NAVF’s portfolio

·    Consequently, it is deeply undervalued

Rising Sun Management, investment advisor to Nippon Active Value Fund, has sent a letter to the management of Intage Holdings (a Japanese marketing research firm), to notify it […]

Nippon Active Value to get win from Intage offer?

Nippon Active Value Fund has published its first full set of results for the period from its incorporation in October 2019 to 31 December 2020. The shares started trading […]