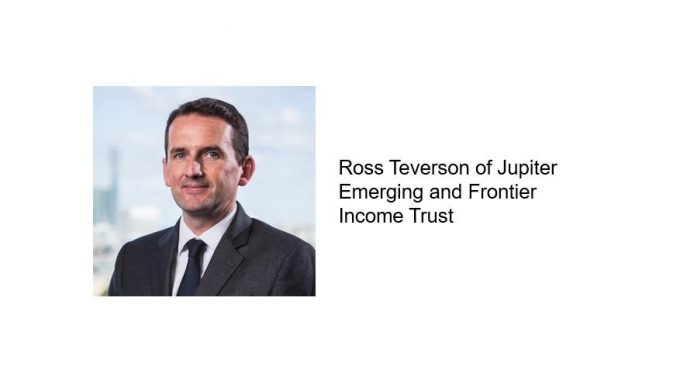 Ross Teverson departs Jupiter as fund edges towards oblivion – On 8 March 2022, Jupiter Emerging & Frontier Markets announced its intention to put forward proposals for a members’ voluntary liquidation of the company. The board says that it is working on formal proposals to put to shareholders in the coming weeks. It also says that in addition to offering a full cash exit (less costs), an option will be proposed to allow shareholders the opportunity to rollover into another vehicle through a scheme of reconstruction. Conversations regarding potential rollover vehicles are taking place with a number of investment management houses, including Jupiter. A further announcement will be made in due course. [As we have said already, the most sensible option may be to take cash and buy another trust trading at a discount.]

Since launch in 2017, the company’s investment adviser has been Jupiter Asset Management Limited, with Ross Teverson as lead fund manager. Ross has decided to leave Jupiter with effect from 31st March 2022. Matthew Piggott, who has worked alongside Ross in Jupiter’s Global Emerging Markets team for five years and who has been involved in the investment management of the portfolio for the last two years, will assume lead fund management responsibility from that date. Jupiter has apparently appointed Nick Payne, who came into the business with the acquisition of Merian, as the new head of the team.

John Scott, chairman of the trust, commented: “Ross Teverson’s investment record at JEFIT has been strong and at all stages he has enjoyed the board’s full confidence. The decision to wind up the company was driven by the steady shrinkage of the net assets through its annual redemption facility, which has resulted in a trust which, in the opinion of the directors, has fallen below the minimum desirable size for a fund of this kind and which in current market conditions will be difficult to grow to an acceptable level.

The board of JEFIT would therefore like to thank Ross for what he has achieved over the past five years in very challenging conditions and to wish him every success in the next phase of his career.”