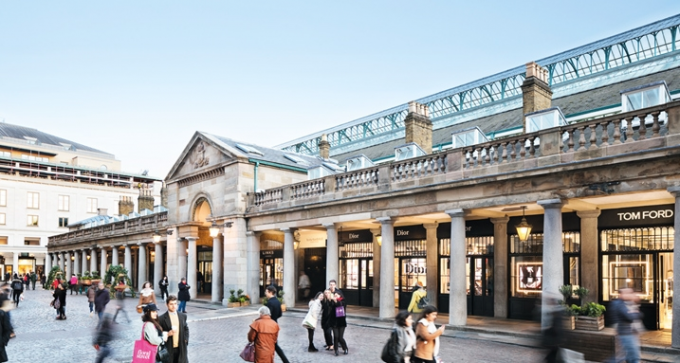 Shaftesbury and Capital & Counties Properties have confirmed that they are in advanced discussions regarding a possible £3.6bn all-share merger of the two companies.

The merger would create a REIT focused on the West End of London with a portfolio of 2.9 million sq ft of lettable space across Covent Garden, Carnaby, Chinatown and Soho.

Rumours regarding a merger of the two companies have been around for years and heightened two years ago when Capital & Counties bought a 26% stake in Shaftesbury.

The combined company will be led by Shaftesbury chairman Jonathan Nicholls as chairman and Capital & Counties’ Ian Hawksworth as chief executive. Situl Jobanputra will be the chief financial officer and Chris Ward will be the chief operating officer. The board will contain strong non-executive representation from both companies, with Richard Akers as the senior independent director.

After 36 years at Shaftesbury, including 11 years as chief executive, Brian Bickell will retire on completion of the transaction. Executive directors Simon Quayle and Tom Welton, who have also been with the company for over 30 years, will also leave the business. Henry Staunton, chairman, and Jonathan Lane, non-executive director, will retire from the board of Capital & Counties on completion.

Norges Bank, a major shareholder in both companies, has signalled its support for the two companies to explore a merger.

Discussions are ongoing and the full terms of a possible merger have not been finalised. There can be no certainty that an offer will be made. The announcement of a firm intention to make an offer remains subject to the satisfaction or waiver of a number of customary pre-conditions including completion of reciprocal confirmatory due diligence.

Subject to finalisation of such terms, it is currently envisaged that the possible merger will be structured as an acquisition of Shaftesbury by Capital & Counties.

[QD comment: The merger of the two companies has made sense for a number of years, and with the pandemic throwing a spanner into the works at both firms, now more than ever. A combined company that owns large swathes of the West End and important tourist attractions is an exciting proposition that shareholders can get behind.]

Shaftesbury, which owns a 16.4-acre portfolio in the heart of London’s West End, has reported results for the year ended 30 September 2022 that show all performance metrics […]

Capital & Counties (CAPC) and Shaftesbury have reached an agreement on a £3.5bn all-share merger. The merger of the two West End of London landlords, which will be […]