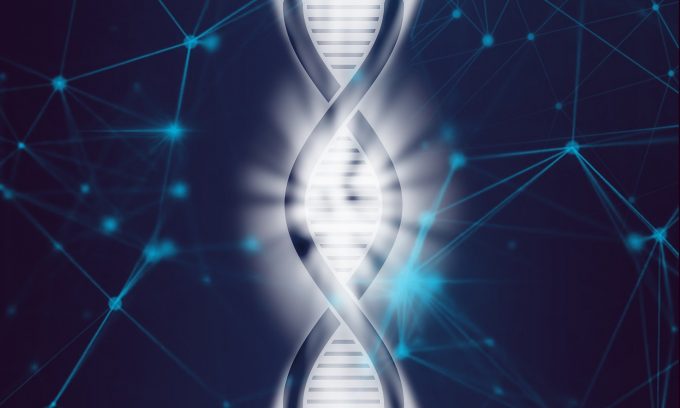 In early 2021, it looked like the pandemic had been a breakthrough moment for the biotechnology sector. The sector had been critical in the development of Covid-19 vaccines, using new and innovation gene sequencing, while developments in oncology promised a treatment revolution. Share prices were riding high and specialist investment trusts had enjoyed two years of stellar performance. The much-vaunted golden age of biotechnology appeared to have arrived.

However, in a climate of risk aversion and macroeconomic uncertainty, investors had a major change of heart on the sector and the past 18 months have been grim. While there is considerable variability between trusts, the average biotechnology fund is down 12.4% since the start of the year. It was one of the few sectors to lose money in 2021, with the average fund down 1.4%[1]. These statistics would have been far worse had it not been for the presence of the steady Polar Capital Global Healthcare, which has a higher weight in conventional pharmaceutical companies, and proved more resilient.

Today, however, there are signs of revival. The very wide discounts seen in the early part of the year have moved in: Syncona, for example, has gone from a discount of around 18% to a small premium. The majority of trusts – Worldwide Healthcare, International Biotechnology, Biotech Growth and Syncona – are in positive territory over the short-term. There are signs of hedge fund and private equity interest in listed biotechnology companies, the question for investors is whether this revival has longer-term momentum.

The weakness for the sector has undoubtedly been partially caused by mounting economic pressures, plus higher inflation and interest rates. This has pushed investors to sell down risk and biotechnology, alongside other high growth sectors, has been a target. Valuations had been high, with a lot of capital entering the sector. This was particularly true for high profile biotechnology groups such as Moderna, where the share price rose from USD19 in early 2020 to a peak of USD 449 in September 2021.

The influence of the pandemic

However, sentiment has not been the only problem. There has been a recognition that the pandemic was not a universally good experience for the biotechnology sector. Dr Daniel Koller (Head of Investment Management Team for BB Biotech) says: “The pandemic was believed to benefit the whole industry, but it has not. It has benefited the vaccine companies, therapeutic modalities and the diagnostics complex, but there were areas where the pandemic’s impact was negative – certain clinical trials were delayed, patients didn’t show up. Areas such as osteoporosis went backwards.”

There has also been less capital directed towards the sector. McKinsey reports: “Between 2019 and 2020, biotech saw double-digit annual growth in fundraising from VCs and deals such as partnerships, co-developments, and joint ventures. It also saw triple-digit growth in IPOs.”[2]. This has dramatically reversed over the last six to 12 months, says Dr Koller. Early stage biotechnology companies are dependent on a flow of early funding to keep them afloat while their products go through clinical trials and this spooked investors.

There have also been some specific failures, such as Rutherford Health. Progress on Alzheimer’s treatments has been disappointing, while areas such as immuno-oncology, the great promise for cancer treatment, have underwhelmed. This has helped knock growth expectations for the sector.

Today, Dr Koller says, the fundamentals for many biotechnology companies look good: “We see plenty of companies moving to become revenue generating and then to profitability. There has also been a flurry of product approvals, which is an important metric, and a steady stream of new products hitting the market.” There have been exciting developments in areas such as genetic medicine, he says, with the first products likely to be launched in the US next year.

Valuations are attractive. The sector has significantly devalued, with even major biotechnology companies with cutting-edge technology such as Illumina and Moderna seeing their share prices halve since late 2021. Many companies now trade well below the cash on their balance sheets, giving investors a strong buffer. BB Biotech’s manager has been using this weakness to pick up selected opportunities in areas such as oncology.

Mergers and acquisition activity appears to be reviving with large cap pharmaceutical groups looked to boost their revenues with strategic biotechnology acquisitions. Pfizer has agreed to buy Biohaven, a top 10 holding for the International Biotechnology trust. While the Biotech Growth Trust holds Seagen, a takeover target for Merck & Co.

Hedge funds and private equity groups are also taking an interest in beaten-up biotechnology companies. Dr Koller points to speciality funds such as Radius Health, which are cherry-picking companies in public markets and taking them private. Hedge funds such as Platinum Asset Management, Infinity Investment Partners and SYZ Capital are also taking an interest, according to recent reports in the Financial Times. Platinum and Infinity have launched new health sciences funds to take advantage of the sell-off[3].

There are also long-term structural drivers for the sector. Developed economies are still contending with ageing populations and the associated health problems. Significant, intractable conditions such as Alzheimer’s or obesity require innovative solutions. This creates a rich opportunity set for the biotechnology sector to tackle. The pandemic showed the potential for gene sequencing through the messenger ribonucleic acid (mRNA) technology. Immuno-oncology may have had some early disappointments, but still offers promise for cancer treatment.

Investors will need to look out for any volatility around the US mid-terms. The US remains the largest and most politicised health care market in the world. Any change in the political make-up of the Senate or the House of Representatives may influence share prices.

Biotechnology is always a volatile sector, subject to periods of significant exuberance and disappointment. Promising new treatments are often greeted with a wave of enthusiasm, which dims over the long and unpredictable process of clinical trials. However, it is clear that the sector’s current discount is significant and it remains a high growth sector over the long-term.

Polar Capital Global Healthcare (PCGH) has released its annual results for its financial year ending 30 September 2022 and, over the 12-month period, PCGH returned a NAV total […]