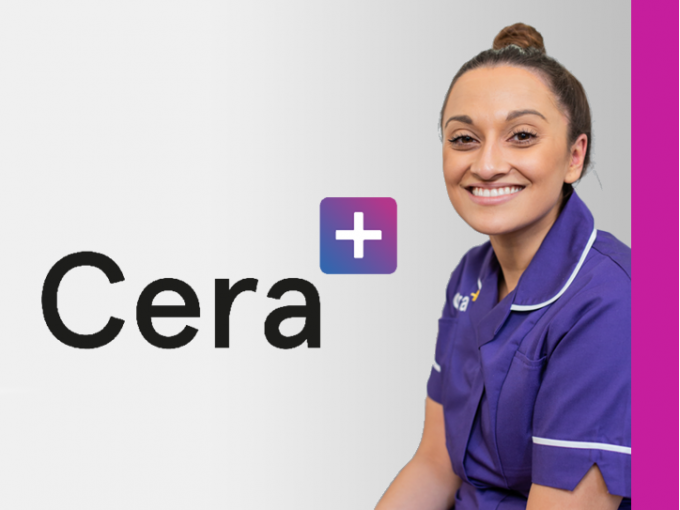 Schroder British Opportunities Trust has made an additional investment into Cera Care, Europe’s largest provider of digital-first home healthcare. Cera has raised $320m (~£260m) in equity and debt to expand from servicing 15,000 to 100,000 at-home patients each day. One very welcome effect of this should be to free up NHS beds and boost the UK’s care capacity by the equivalent of more than 50 hospitals.

It is anticipated that the funding round will lead to an unaudited uplift in the fair value of the existing holding in Cera of £2.1m, or an approximate uplift to NAV of 2.8p. That won’t be reflected in the daily NAV until the private equity assets are revalued as at 30 June 2022 – to be announced in September 2022.

Cera operates in the UK and Germany, delivering care, nursing, telehealth and prescription delivery services in the home supported by technology, a model that is around 10-fold more affordable than a patient receiving care in hospital. Cera’s carers and nurses collect patient symptoms and health data during at-home appointments, which its artificial intelligence algorithms use to predict deterioration in conditions before they occur. The new capital will be used to increase the number of patients in Cera’s care by over 5-fold by 2025. Cera’s mission is to empower patients to live longer, healthier lives in their own homes through technology. It will also be used to expand the company’s footprint in nursing, telehealth and prescription delivery services, both in the UK and internationally.

The funding round was led by Cera’s existing investor Kairos HQ, alongside the Vanderbilt University Endowment, Evolve HealthCare Partners and several other international institutional investors.

Launched in 2016 by Dr Ben Maruthappu MBE, Cera has almost 10,000 employees across the UK and Germany, and holds over 300 contracts with the NHS and local governments. Its advisory board is chaired by Sir David Behan, the former CEO of the Care Quality Commission.

In QuotedData’s morning briefing 14 July 2022: Alpha Real Trust (ARTL) purchased just over 5.4m shares in the company through a tender offer, representing 8.7% of the share […]

Schroder British Opportunities Trust has made an investment into Pirum Systems Limited, which it describes as a leading provider of post-trade automation and collateral management technology for the […]

Schroder British Opportunities (SBO) has announced that one of its private equity investments, Waterlogic Group Holdings, has agreed to combine with Culligan International to create a leader in […]

Schroder British Opportunities off to a good start

Pantheon will battle discount with buybacks

Pantheon International’s results for its financial year ended 31 May 2022 are very good. The NAV total return for the period was 31.0%, well ahead of the 7.8% return posted by the MSCI World Index. However, discount widening left shareholders with a return of 8.6%. The trust’s returns were boosted by weak sterling. However, even […]

In QuotedData’s morning briefing 4 August 2022: JLEN Environmental Assets says that its end June NAV was 123.1p, up 7.8p from 31 March. The drivers of this were higher fixed prices (+1.2p), higher seasonal forward pricing (+1.5p), and changes to long term forecasts from independent consultants (+5.8p). Our assumption would be that these uplifts reflect […]