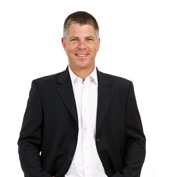 Livermore Investments, controlled by Noam Lanir (pictured), has released results for the year ended 31 December 2013. The numbers, while somewhat out of date now, show that, over 2013, Livermore Investments net asset value per share fell slightly from $0.87 to $0.86 ($173.0m to $168.4m). Income from Livermore’s CLO investments was offset by a fall in the value of its investment in Babylon (an Israeli based internet services company which lost a contract with Google). Since the year end Livermore has sold part of its shareholding in Babylon and its investment in battery company, Montana Tech Components. the latter sale adds about $2.7m to the net asset value and is expected to conclude at the end of June.

HgCapital Trust plans to invest about £24m into HHAeXchange (HHAX), a provider of homecare management solutions for payers, providers, and state Medicaid agencies. Hg is investing alongside other […]